Islanders returning to form in latest win over Montreal 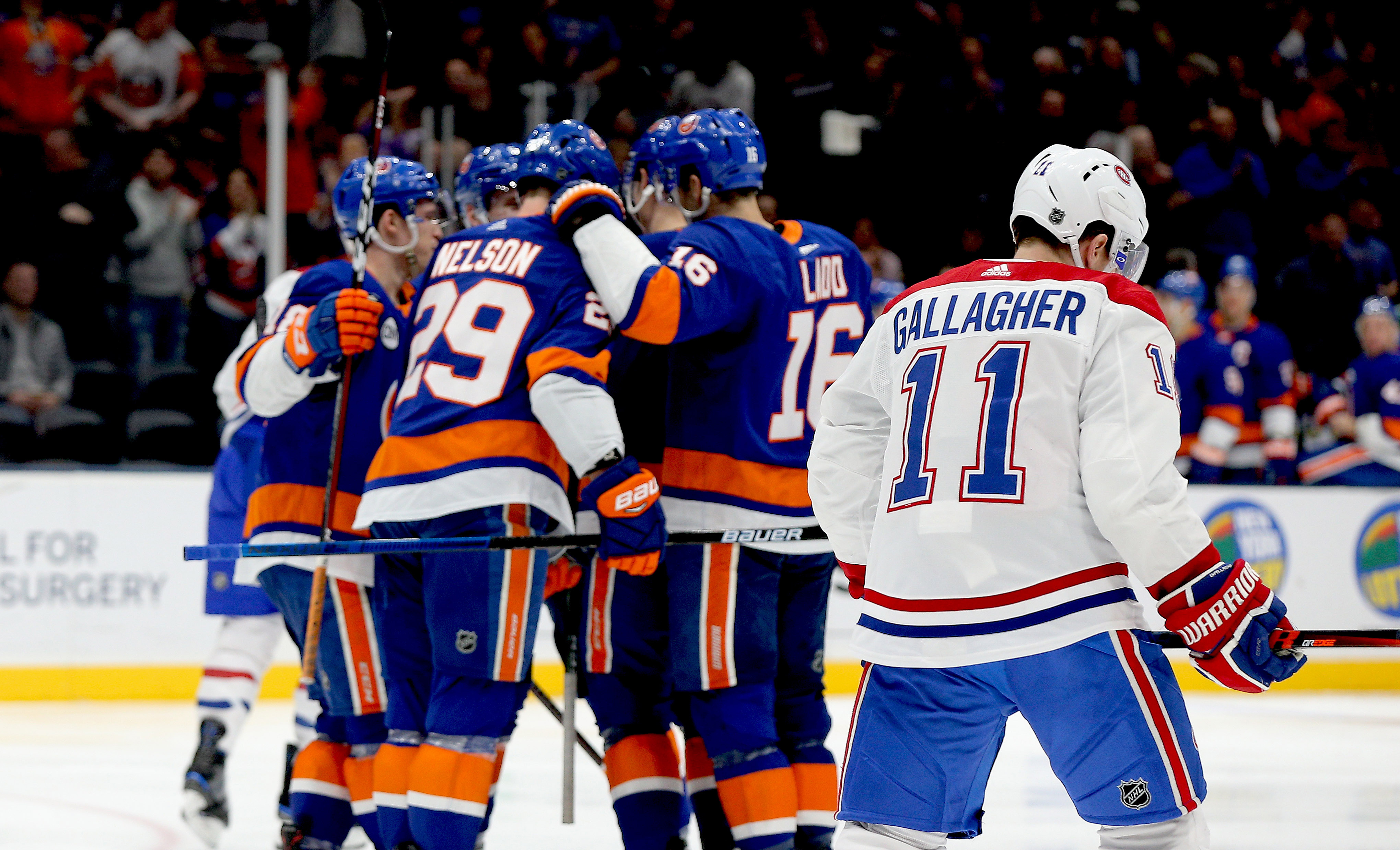 Islanders returning to form in latest win over Montreal

Islanders head coach Barry Trotz had to be happy with what he’s been seeing from his team the last two games.

The Islanders, who had been going through a slump heading into the beginning of the week, have strung together a pair of wins that reflect the style of play the team has been known for under Trotz. Thursday 2-1 victory over the Montreal Canadiens was a return to form for the Islanders, who played gave a strong two-way effort and came away with two critical points in the standings.

Thursday’s showdown with Montreal had a playoff-like feel to it with both teams battling for points and playoff positioning. Part of it also had to do with the fact that the game remained so tight up until the final moments when Anders Lee found the back of the net with 2:57 left for the game-winning goal.

The Islanders had been finding ways to win close games earlier in the year — something the team struggled to do in years past — and it was something they’ve managed to do once again in back-to-back playoff-like games.

“This is the kind of hockey and the tight games we’re going to see the rest of the way,” Lee said Thursday night after the Islanders win. “Even earlier in the season we always seemed to be in one-goal games. For the most part, we’re used to it. We’re settled in and these are the tight games that you have to have.”

And Thursday night was clearly a game the Islanders had to have.

The win helped the Islanders keep pace with the Washington Capitals, who were also in action and victorious, and stay two points ahead of the Pittsburgh Penguins after they beat the Buffalo Sabres on Thursday. The victory over the Canadiens was the Islanders second straight over a team duking it out for a wild-card spot in the east.

“The rest will take care of itself.”

For two games, things have seemed to start doing just that.

The Islanders got a stalworth effort out of Thomas Greiss, who made 33 saves on Thursday, and the defense backed that up by cleaning up the rebounds or getting in front of Montreal shooters.

New York finished the night with 10 blocked shots, including a big one in the third period by Adam Pelech.

Trotz complimented the performance his team had indicating he felt the team was getting back to playing their “Islander identity.” And with two games under their belt where the Islanders looked like themselves again, Trotz seemed confident that they were coming out of their rut.

“The number one thing for us is we fixed our battle,” Trotz said. “We didn’t practice a lot so some of our details have been slipping. I think we’ve had a couple practices. … The grind sort of chews you up a little bit, but then you get to a point where you hang on and hang on and all of a sudden you see the horizon right there, and then you sort of get excited again. We have a good opportunity.”