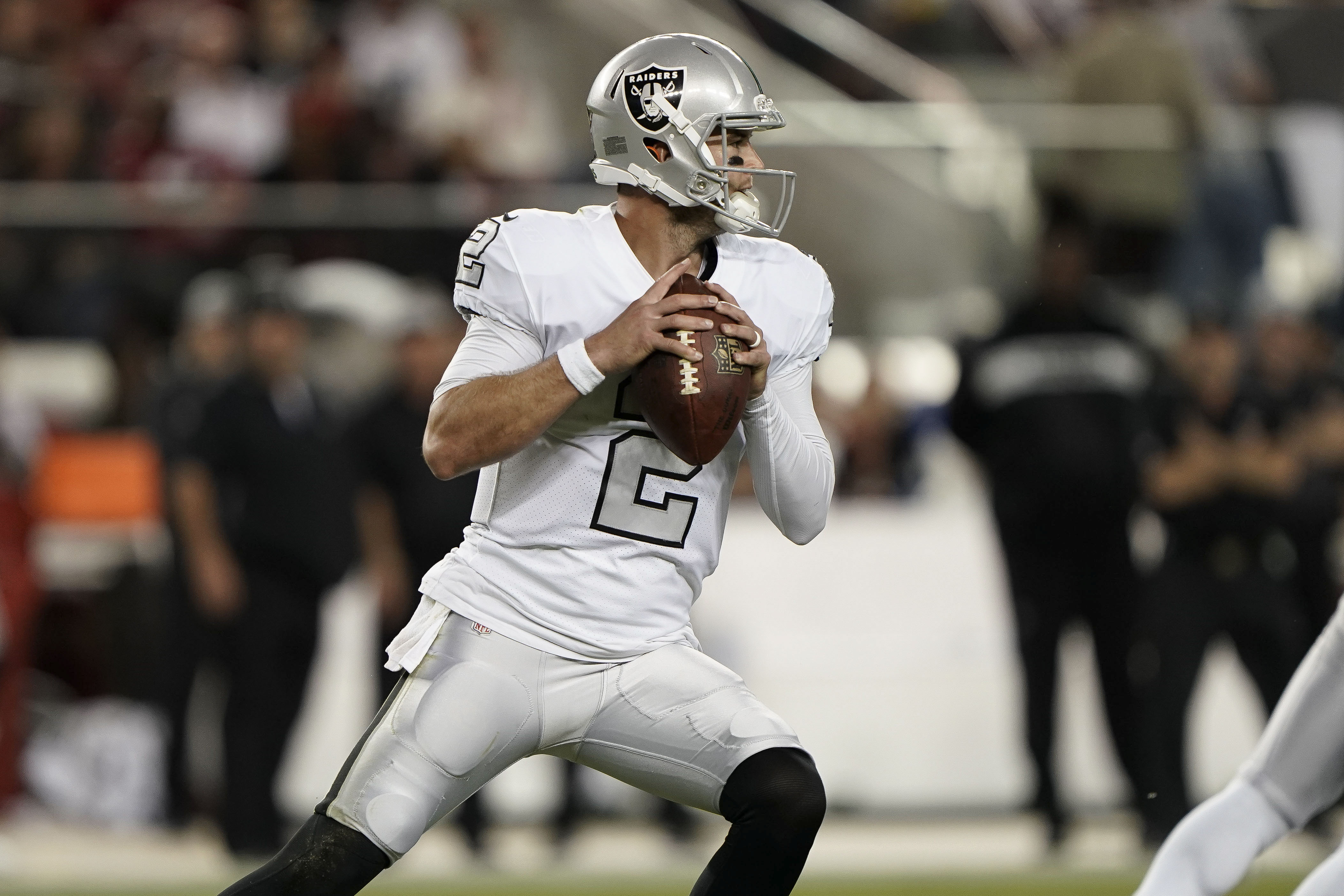 The Philadelphia Eagles are in the market for another quarterback after Nick Foles signed a blockbuster four-year, $88 million deal with the Jacksonville Jaguars earlier this week.

Before free agency began, Mike Kaye of NJ.com reported that the Eagles are expected to pursue a veteran quarterback to give young signal caller Nate Sudfeld some competition in training camp.

Earlier this week, NFL insider Adam Caplan reported that the Eagles are going to give a second-round tender to Sudfeld.

This means that the former Indiana Hoosier will be able to negotiate with other teams. If a prospective team does decide to sign Sudfeld to an offer sheet, Philly will have five days to match it.

However, if Philadelphia decides not to match the offer sheet, then they will receive a second-round pick.

While it should be expected that Sudfeld will return, the Eagles still need to make sure they are protected at the quarterback spot.

One veteran quarterback who they can bring in to compete with Sudfeld is A.J. McCarron.

McCarron was reportedly released by the Oakland Raiders on Thursday after they acquired him in a trade last season with the Buffalo Bills.

McCarron barely played with the Raiders this past season, completing one pass for eight yards.

Before he landed in Oakland, the former Cincinnati Bengals quarterback was supposed to compete for the starting job in Buffalo.

Last offseason, McCarron signed a two-year, $10 million deal with the Bills, after spending four seasons in Cincinnati. However, he suffered a fractured collarbone in the preseason, opening up the door for rookie quarterback Josh Allen to win the starting job.

Allen obviously showed that he was the guy for the job, which made not only McCarron but Nathan Peterman expendable as well.

With the Bengals, the former Alabama Crimson Tide quarterback played in 11 games but started in three games in the 2015 season.

During that season, McCarron led Cincinnati two wins and completed 66.4 percent of his passes for 854 yards, six touchdowns, and two interceptions.

The 28-year-old quarterback also started in the Bengals’ playoff game against the Pittsburgh Steelers, where he completed 56.1 percent of his passes for 212 yards, a touchdown, and an interception,

Nevertheless, the Eagles would be a perfect spot for McCarron to compete for the backup spot.

Although Sudfeld is the frontrunner, he still has to show that he is ready to be the team’s full-time backup quarterback. As we saw over the last two seasons, the backup job has played an integral role in the Eagles’ success.

Therefore, it will be up to Sudfeld to show that he can be the backup or for a guy like McCarron to prove that he’s not just a journeyman quarterback.