The Heart Usually Rules The Head, When You're A Sports Fan 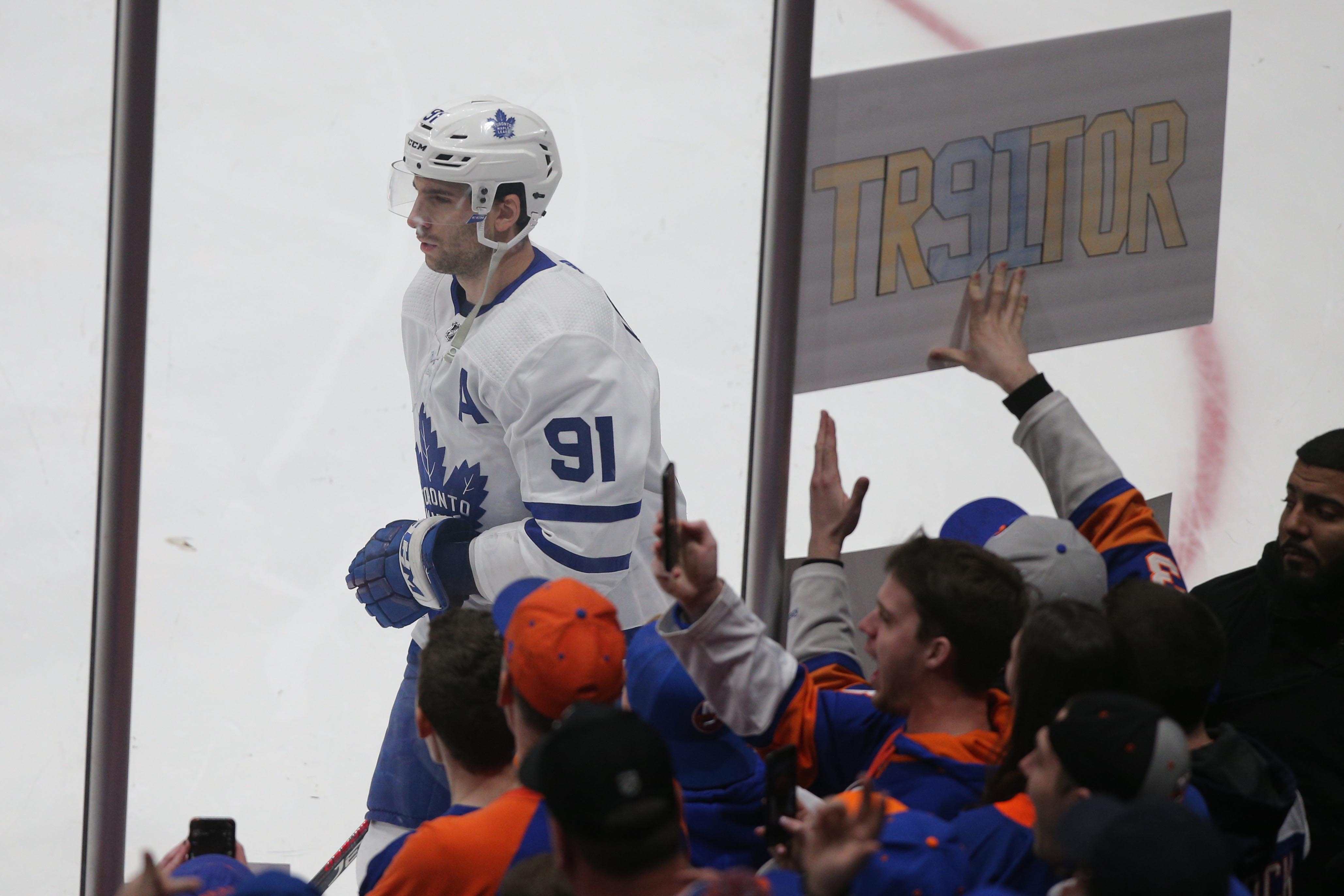 The Heart Usually Rules The Head, When You're A Sports Fan

Sports does crazy things to people, allowing emotions to get the best of fans and causing logic and reason to be left at the door. The closing days of February were certainly emotional ones for some hockey fans in the New York metropolitan area.

For just over a year, the writing has been on the wall that changes were on the horizon for the New York Rangers. Last season, captain Ryan McDonagh and J.T. Miller were sent to the Tampa Bay Lightning at the trade deadline. More turnover would be in store in 2019, with Mats Zuccarello and Kevin Hayes the big names heading into unrestricted free agency and likely looking for term and dollars the Rangers were not willing to commit to.

Zuccarello has been a fan favorite virtually from the moment he stuck with the Rangers, playing much bigger and tougher than his 5’ 7” body gave him any right to. Serenades of “Zuuuuuuc” by the Garden Faithful were commonplace both at home and on the road. Rangers jerseys with the name Zuccarello on the back have been mainstays at the Garden. They seemed even more so during February 23rd’s installment of the Battle of the Hudson, as if the fans were giving him one last hurrah with the writing so clearly on the wall and the hours ticking down to the trade deadline. Hours after the win over the New Jersey Devils, it was announced that Zuccarello had been traded to the Dallas Stars for draft picks.

The knee-jerk reaction by some fans was that the trade was terrible because they were trading away what was the heart and soul of the team. Yes, Zuccarello has been the heart of the team, and that that is what makes the trade hard to swallow. At 31, and likely looking for a contract that would take him to his late 30s, that deal would have the potential to be an albatross as the “baby Rangers” start to reach their primes and look to get paid. While the trades were different, it has shades of when another heart-and-soul player, Ryan Callahan, was traded to the Lightning.  Tampa signed him to a 6-year deal with a $5.8 million AAV. As the wear and tear of his years of hard-nosed play has taken its toll, Callahan has essentially been relegated to being the 13th forward.

“We’re rooting, we’re screaming about laundry here. People will, they’ll love a guy. Then the guy will get traded. He’ll come back on another team. They hate him now.” – Jerry Seinfeld

Through the Queens Midtown Tunnel to the Long Island Expressway to the Meadowbrook Parkway (or over the Brooklyn Bridge to Atlantic Avenue, depending on what day it is), sits the other local team with a fanbase that has grappled with its own emotions, as John Tavares made his first return to the Nassau Coliseum with the Toronto Maple Leafs on February 28th.

It was never a given that Tavares would head for greener pastures. He’d given indications that he was interested in staying on Long Island, and then General Manager Garth Snow rolled the dice and didn’t trade him at the deadline. The gamble, that would become Lou Lamoriello’s problem months later, didn’t pay off. Neither did local bagel chain Bagel Boss’ promise of a lifetime supply of bagels had he stayed. At the end of the day, the Islanders had nothing to show as Tavares shared a photo of himself as a child nestled in Leafs bedding, living his childhood dream as a result.

To say the decision didn’t sit well with the fanbase would be putting it mildly. Tavares made his return to the Island and received a harsh welcome. Tavares sweaters were “renamplated” with such things as “Traitor” and were even burned in the Coliseum parking lot in pregame tailgating. Rubber snakes were tossed on the ice. He was the focus of chants like “we don’t need you” and other jeers that are not suitable to print.

The irony of ironies, they haven’t needed him. Sans Tavares, the Islanders have had a surprising season. Many experts thought it would a death blow for the organization, but with Barry Trotz behind the bench, they are in a battle for first place in the Metropolitan Division. That success and the passing of eight months since he took his talents to Toronto has done nothing to alleviate the fans’ displeasure.

No one knows what went on in Tavares’ head except Tavares himself. Perhaps he genuinely wanted to stay when he publicly claimed he wanted to stay. Perhaps when it came down to it and really thought about it, the lure of going home and playing with the Leafs’ talent pool outweighed the uncertainty of the Islanders arena situation and playing with their talent pool. But at the end of the day, he was well within his right to make the decision he did.

We get emotionally tied to players for all sorts of reasons – whether it’s the tenacity of a player like Zuccarello or the expectations of being a franchise savior like Tavares. We might follow them on social media platforms and get to peek into their lives more than we ever have been able to before, strengthening that tie even more. We invest financially in season tickets and jerseys that cost several hundred dollars that could become obsolete in a matter of months.

Imagine if visitors came from another planet arrived, and you had to explain to them how a bunch of millionaires who play a children’s game and, for the most part, have no impact on your ability to live your life daily, get you all bent out of shape.