UND Hockey: Win or Season is Over 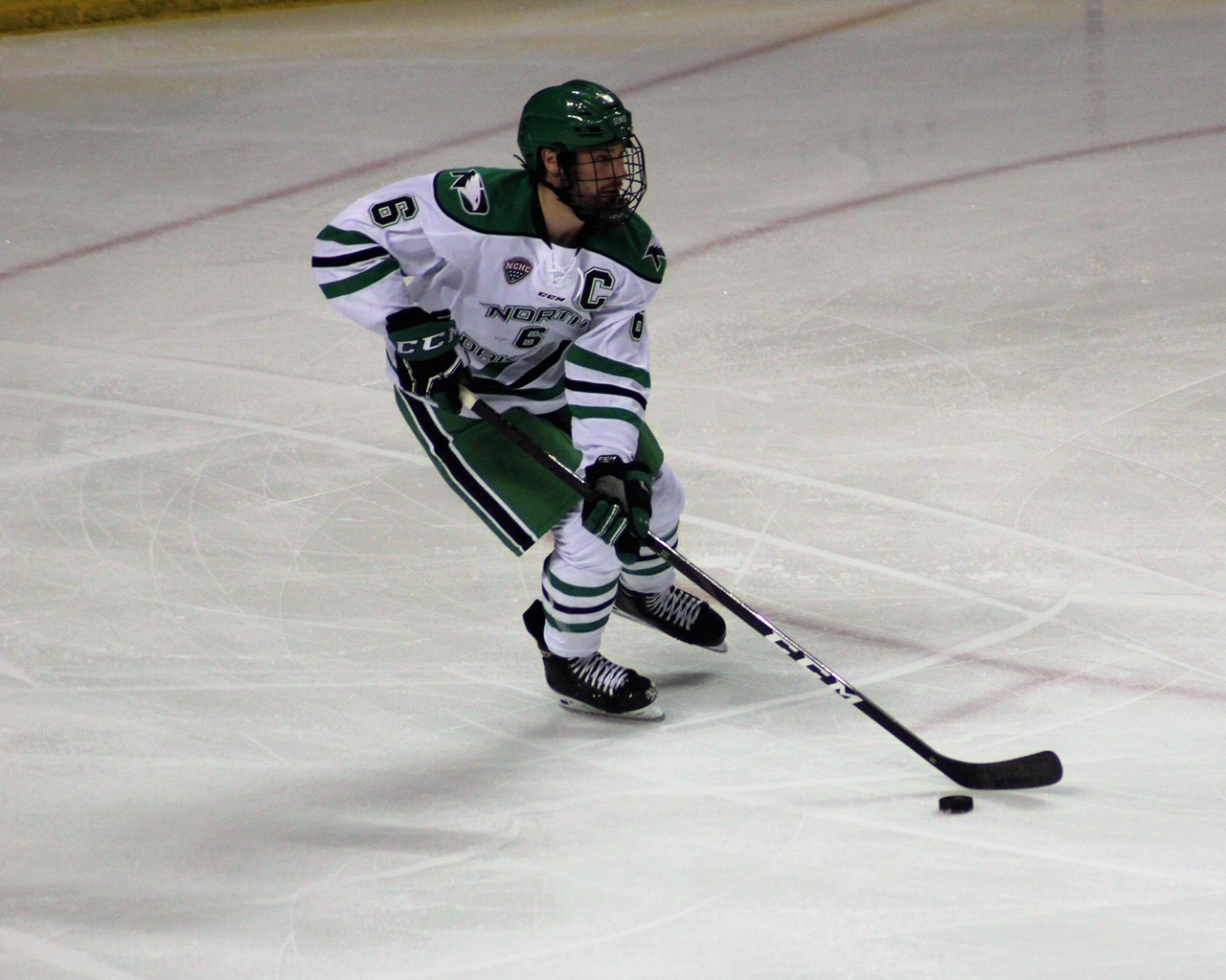 UND Hockey: Win or Season is Over

Wednesday, at the end of the hockey press conference, University of North Dakota head coach Brad Berry told the media, “See you next week.”

For that to happen, the Fighting Hawks needs to win their first-round series in the National Collegiate Hockey Conference playoffs. It’s a tall order, but not impossible. Should be a fun weekend of hockey.

The Mission is Simple, Win

Moving forward. Wednesday, the UND hockey started their journey to Denver, Colorado to take on the Pioneers in a best-of-three National Collegiate Hockey Conference playoff series. This is the first time in 17 years UND has been on the road for the first round of the playoffs.

That trip has started off with a hitch. On Wednesday, the Denver International Airport was closed. So, change of plans. UND decided to fly to Albuquerque, NM, and bus to Denver. Yes, the team has made it safely to the great state of Colorado.

Huge Thanks to Coach Frank Serratore and ⁦@AF_HKY⁩ for the ice time at Cadet Ice Arena – Thursday practice. pic.twitter.com/SPGTPcp1a6

UND hockey fans are in unchartered waters. If you don’t believe me. From this week’s UND game notes — North Dakota is playing on the road in the first round of the conference playoffs for the first time since the 2001-02 season. Breaking a string of 16 straight years in which UND hosted the opening round. During that impressive run, UND compiled up an impressive 32-6 (.842) mark. Including a 10-1 (.909) mark in the NCHC. UND won all 16 of those series.

As I noted earlier, this team likes playing against the teams ahead of them in the standings and the USCHO rankings. With that said, the Fighting Hawks are ready for a tough challenge.

“Things haven’t come easy this year and our guys, through thick and thin they stuck together,” Berry said. “We feel we’re playing our best hockey right now and finally getting a few bounces here and there. You can feel the momentum in our room. We’ve had two unbelievably sharp practices this week and you know we’re going on that plane with confidence this weekend to win two games.”

UND’s problems are well documented. On January 4-5, 2019, UND lost a pair of non-conference games (1-3 L, 1-2 L) to the Canisius College Golden Griffins. That series has put UND is in Pairwise jail.

If UND had won one of those games, they’d be 14th in the Pairwise Rankings. If they’d swept Canisius they’d currently be sitting in eighth place.

“Right now, we need we need this weekend, for sure,” Poolman said. “Whether it takes two or three games, we have to go into this weekend thinking that our lives are on the line, which they are. If we don’t end up doing very well this weekend, we probably won’t be making NCAA’s. Obviously, it’s do or die time right now.”

UND Players Up for Awards

On Thursday, the NCHC announced it’s finalists for the 10 individual awards for the 2018-19 season.