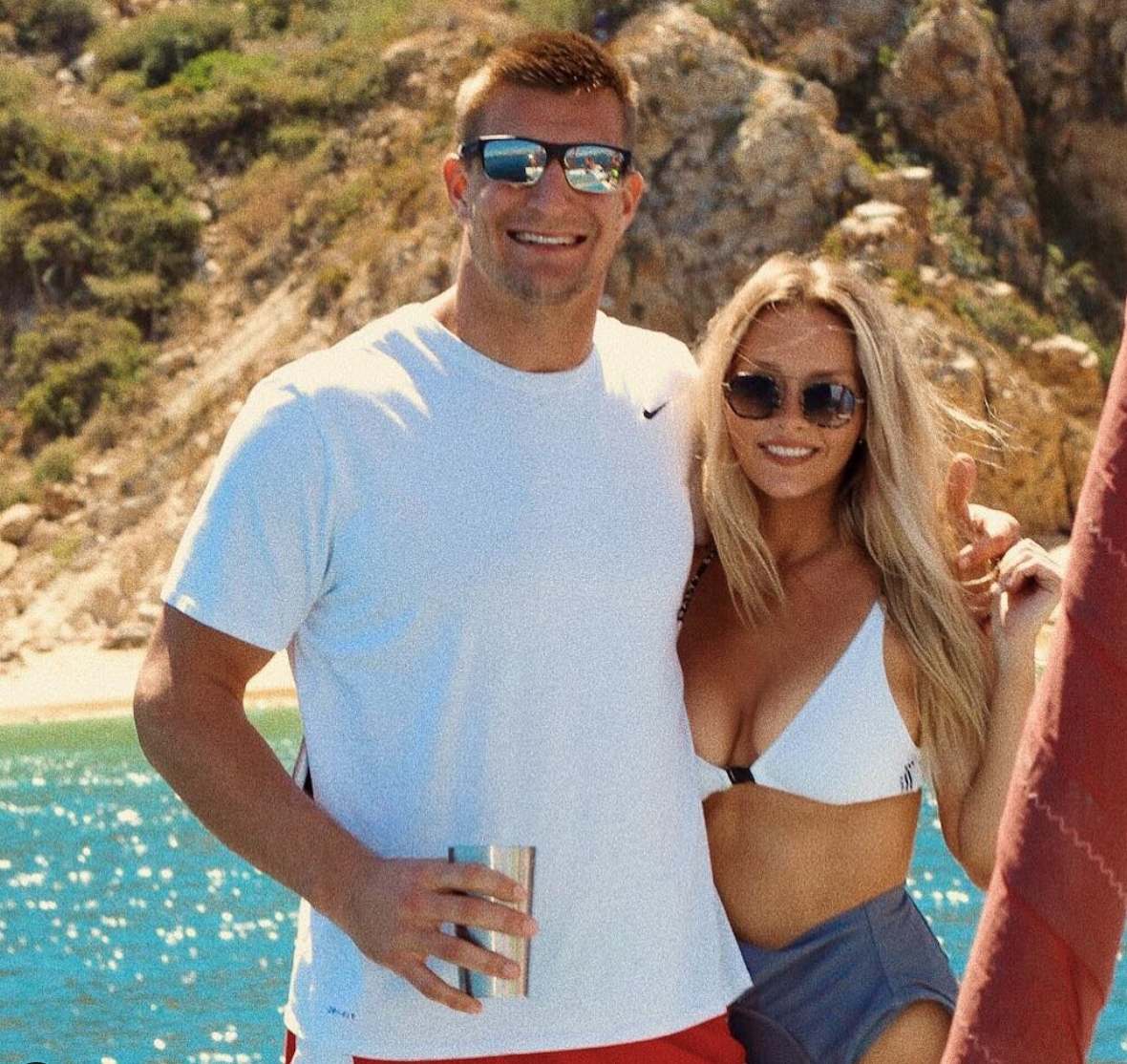 Patriots tight end Rob Gronkowski is one of the best players at his position that the NFL has ever seen, although it’s unclear if he’ll return for the 2019 season, as he’s dealt with a number of injuries over the years.

He still appears to be enjoying life after the Super Bowl LIII win, though, even with the decision about his potential retirement looming. Gronk and his beautiful girlfriend, Camille Kostek, who he met when she was one of the Patriots’ cheerleaders, have been living it up.

The two were recently spotted partying on a yacht in Cabo San Lucas, Mexico, with former NFL player Eric Decker, and his wife, Jessie.

And now it appears they’re in Miami, dancing, riding bikes, hitting the beach and drinking it up. We know this because Kostek posted some videos of the action on her Instagram story, which we captured for you all below.

Here are some more recent photos of Kostek and Gronk.

was being selfish in my last post. Here we go

4 men that I love in my life . My dad, my brother, @jimmyfallon and then Rob. Tune in tonight on @fallontonight to see rob do his thang 🕺🏼🏆

The two look so happy together.