Just fighting is good enough for the Wizards, depending on who you ask 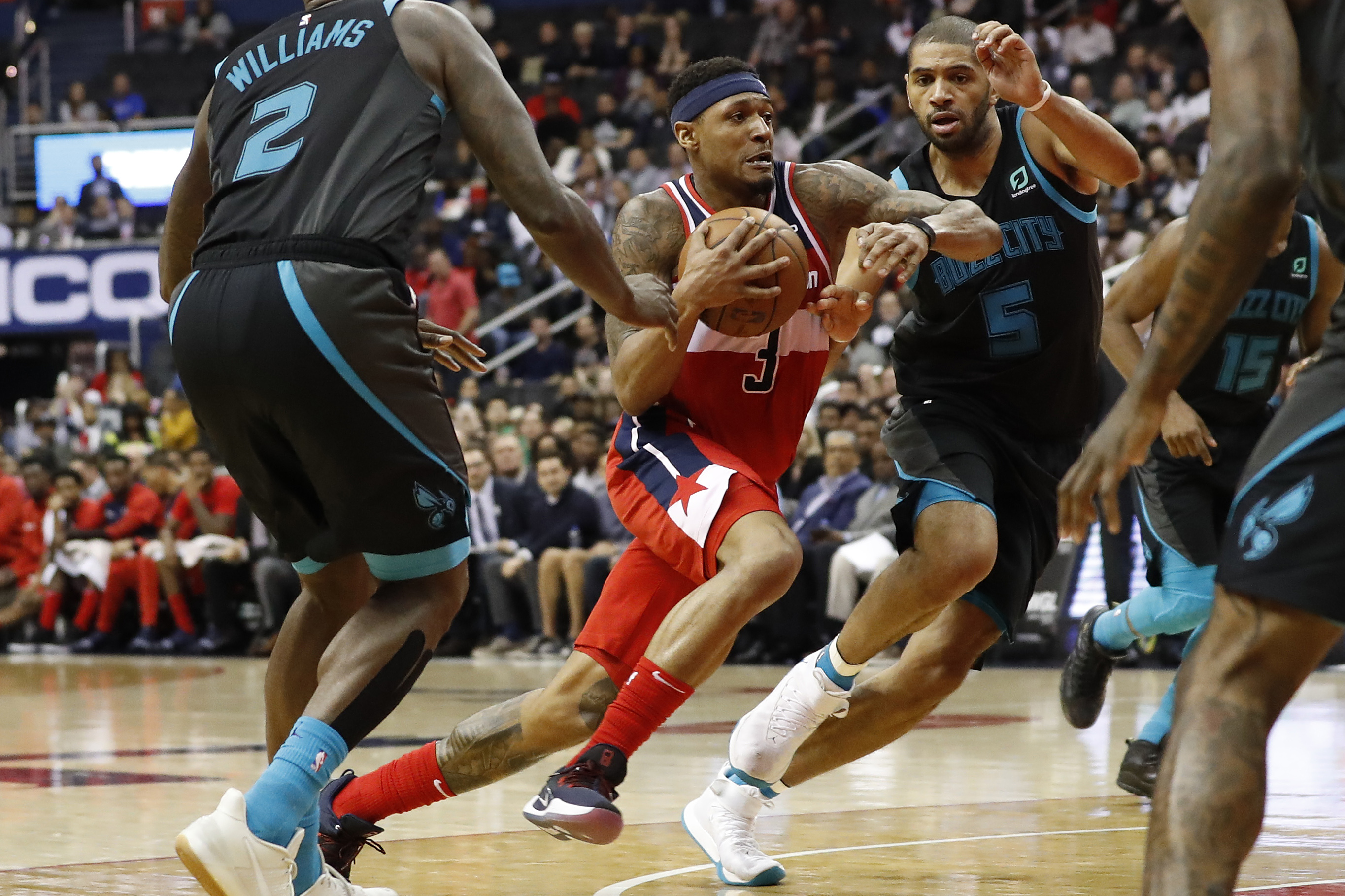 Just fighting is good enough for the Wizards, depending on who you ask

To begin the 2018-19 season, the Washington Wizards had aspirations of winning 50 games and making the Eastern Conference Finals. Instead, they underachieved from the very beginning and John Wall ruptured his left Achilles tendon leading to a roster breakdown to get under the luxury tax.

That alone, saving Ted Leonsis money, might have been enough to give Ernie Grunfeld another season on the job. Should the Wizards somehow make the playoffs, that will almost certainly mean the gang returns to run it back next season. Washington tore down the core, but are still trying to limp into the playoffs. If that is not NBA purgatory, I am not sure what is and they have failed to commit to an organizational direction.

Long-term the Wizards are best off accepting they are not competitive for anything this season and committing to the draft lottery where they currently hold the seventh best odds of drafting Zion Williamson with the first overall pick. More likely than not, they have a top ten pick for the first time since selecting Otto Porter Jr. in 2013. That is better than getting swept in the first round of the playoffs and only having the No. 15 pick. Despite their efforts to do the latter, Washington is unlikely to make the postseason as they continue to lose pivotal games. On Friday night, the home team dropped a matchup with the Charlotte Hornets as well as the season-series.

After being tied at 11 to open the game, the Wizards were down 21 after a 36-15 run by early in the second quarter. In typical Washington fashion, they fought back to cut the deficit to five only to see it swell up again to 21 early in the third quarter. History would repeat itself as the Wizards were within six with 4:28 to play, but they blew chances to complete the comeback. The Wizards wasted Bradley Beal’s second 40-point performance against the Hornets, much like they have squandered his All-NBA caliber season. Beal was probably so disgusted by all of the losing that he skipped out of the locker room before talking to the media, which he has pulled a handful of times this season.

“We were running in mud offensively,” head coach Scott Brooks said about the two-touchdown deficit after one quarter. “We turned the ball over, I think, 14 times in that first half when we gave them 27 points, and they only scored 26 in that second quarter but we gave them 27 on turnovers. I thought the rest of the game we were fighting. We got down 21 [points]. We fought back and then we got down again 17 or 18 and we fought back, had a chance to make it really interesting with one stop at the last minute. I knew that was going to be the case. Our guys are fighters — they’re going to continue to fight and things didn’t go well. It would have been a great comeback win because we didn’t have it in that first half, in the first quarter offensively, and our turnovers gave them a lot of easy points out of those 40 points. I give them credit. They got the steals and they got the turnovers and they got to the paint and they scored a bunch of points in the paint.”

“It’s tough. We put ourselves in the hole but we kept fighting. We got ourselves in a good position but we didn’t make plays at the end of the game tonight,” Jeff Green reiterated his coach.

Following much complaining about the lack of and inconsistent effort from Washington at times during Brooks’ tenure and specifically this season, the head coach has changed his tune to throw a parade about how his team continues to fight. Whether it be during the game or the course of the season through the multiple injuries, Brooks has raved about how this team will not give up. If such a pattern continues, Washington will maintain their high draft pick, which is what fans want especially if it means the ousting of Grunfeld, without proving Leonsis to be a fool when he declared his team will never tank. What the Wizards have to hope is that fighting without victories will not sour Beal’s mood on the franchise.