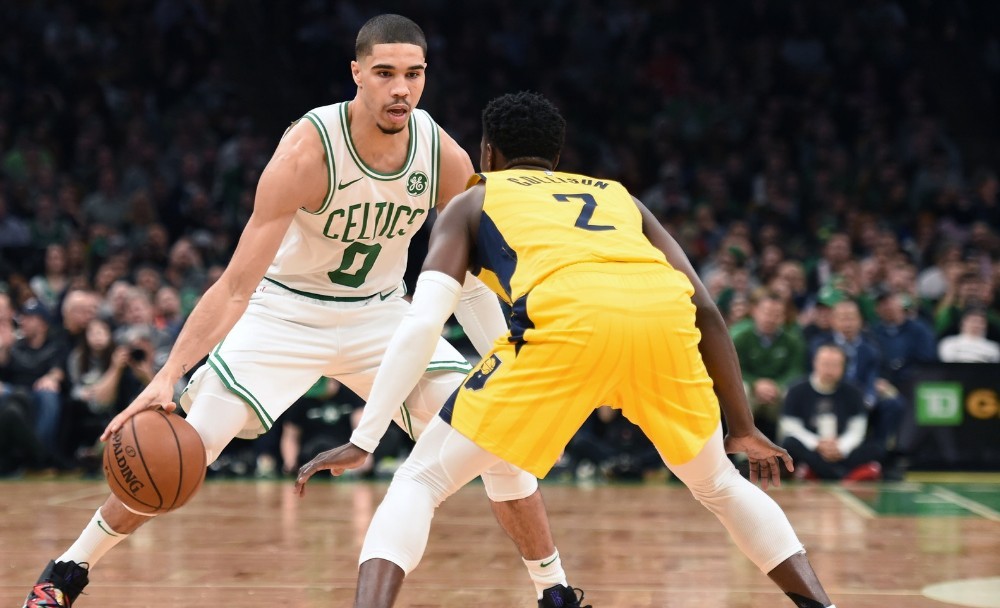 If the Celtics can play the way they’re capable of playing — and that has been a huge “if” all year long — then there’s really no reason for them to do any worse than, say, a 10-3 record to close out the year with a 52-30 record.

The Pacers, meanwhile, have the Western Conference buzzsaw upcoming — a trip that’ll take them to Denver (45-22), Portland (41-26), the Clippers (39-30), and Golden State (46-21). After that, they’ll have to host the Nuggets before traveling to Oklahoma City and Boston.

Indiana will play just two of its final 13 games against teams with a sub.-500 record, and those are the only two Pacers games that will be played against non-playoff opponents.

The Sixers technically have the easiest road of the three teams fighting for position, as they’ll play nine games against non-playoff, sub-.500 teams the rest of the way. But sprinkled in those final 14 games are two games against Milwaukee, and a game against the Celtics, who always give the Sixers fits.

CBS Boston: After Win Over Kings, Celtics In Prime Position To Climb Conference Standings Before Playoffs

Almost nothing has gone according to plan this year in Boston, but if somehow the final 25 days of the season do go as expected, the Celtics should at least have home court advantage in the first round. Whether they are third or fourth doesn’t really matter, because if they elevate their game in the postseason, they can beat anyone. If they don’t pick it up, they could lose to anyone.

Comparing the schedules, it appears the Sixers should get third. The Cs visit Philly on March 20, and Embiid and Co. will be desperate to avoid a season sweep to Boston. That will be a tough one to win.

Meanwhile, you wouldn’t expect the Pacers, without Victor Oladipo, to continue winning against that strong lineup of remaining opponents — unless the Pacers are this year’s version of the Hospital Celtics. The two Boston-Indy matchups should have a playoff feel, which would be appropriate, since they’re almost as important. Winning both would be the best way for Boston to guarantee at least the fourth spot. They’re capable of it.

On Page 2: The lineup isn’t changing

Sometimes, though, what’s needed is an opponent’s perspective to spell out what’s still possible. The Celtics had just come back from a 17-point deficit to beat Sacramento Thursday night, with Jaylen Brown turning the game with three consecutive 3-point daggers in the third quarter, and Gordon Hayward polishing off that sequence with a full-court drive for the lead at the quarter-ending buzzer.

The Kings’ Buddy Hield, whose own shooting sent the Celtics into that deep hole, couldn’t believe the talent coming off the Celtics bench.

“The Celtics are so good they have guys off the bench that are starters,” he said. “You have Jaylen and you have Gordon and they are coming at you regardless of who you are. They are fearless. Especially the depth chart is so good.”

Both players have picked up the fortunes of the bench recently, Brown with increasing focus on the rim and getting to the line, and Hayward, too, with more aggression as his self-confidence increases.

In Boston’s last five games, Brown has averaged 16.0 points and 3.2 rebounds while shooting 50.8 percent from the field and 50 percent on 3’s.

Not long ago, many of us — myself included — were clamoring for Brad Stevens to shake up the starting five. After all, the change back in November (Marcus Smart and Morris in, Hayward and Brown out) helped shake up the group that had started 10-10. And when the Cs floundered in February, the natural thought was, why not try it again?

As we know, Brad Stevens didn’t listen to the fans, and we see now he had good reason not to. Brown and Hayward are now producing as expected, and on nights when Mook is effective (like 21 and 13 vs. Sacramento), the Celtics can be extremely tough to stop.

So, with only 13 games left and a shorter rotation probable in the playoffs, it’s clear that Brad is changing nothing. We ride or die with the current starters and JB/GH coming off the bench.

Notice anything about tomorrow on the Celtics’ schedule? It’s blank.

That Sunday without a game also happens to be March 17, St. Patrick’s Day. As we all know, it’s the day people wear green and display shamrocks — just like the Celtics do. But, amazingly, the Cs don’t play regularly on March 17.

Walter Brown, the original owner of the franchise, chose the “Celtics” name to appeal to Boston’s large Irish population. Thus, it seems like a no-brainer that the Celts should play a home game every year on St. Paddy’s, yet the NBA seldom makes that happen. In fact, Boston has hosted just 14 games (with a 13-1 record) on March 17, the last one being all the way back in 2010.

All-time, the Celtics are 23-12 on March 17, so they have actually played on that date in fewer than half the years since the franchise was founded. They’ve also had only one St. Patrick’s Day contest in the past five years, that being a road win at Brooklyn in 2017.

Hey, for all I know, the Celtics’ ownership may not want to host a St. Patrick’s game. There’s no doubt that fans would be slightly more lit than usual after pre-gaming with extra Guinness and Jameson. But the St. Paddy’s atmosphere in the Garden would surely be among the best of any season. And maybe the Celtics would enjoy some luck of the Irish.