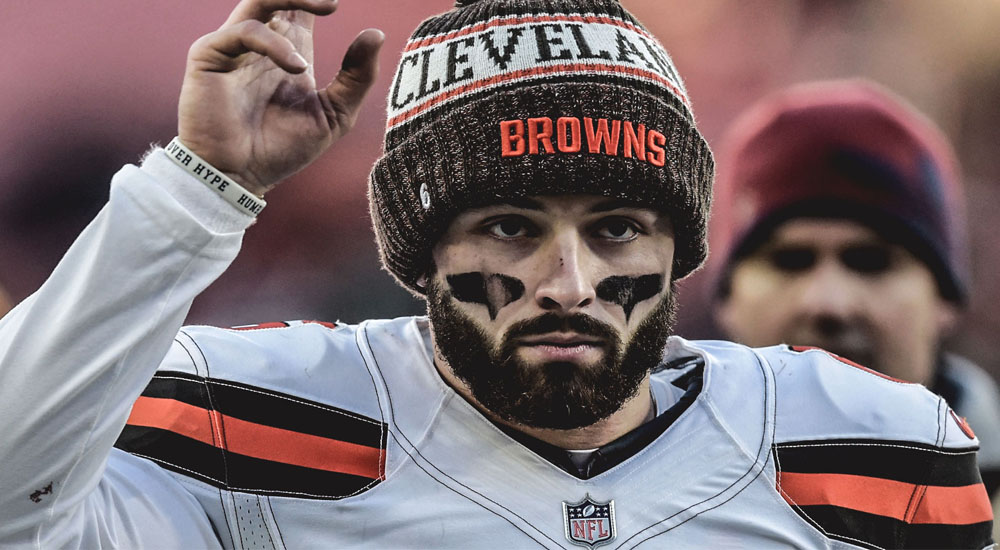 Cleveland Browns quarterback Baker Mayfield might be having the best week ever.

His team surprised everyone by acquiring All-World wide receiver All-Pro Odell Beckham Jr. on Tuesday. On Saturday, 2018 National League MVP Christian Yelich invited Mayfield to join him in the dugout when his Milwaukee Brewers took on the Colorado Rockies.

Dude even got to take some batting practice.

“I thought he did great,” Yelich said of Mayfield at the plate. “It was a lot of fun. He’s got a pretty good swing.”

By the time the fourth inning rolled around, the 2017 Heisman Trophy winner was trotting down the first base line to take a turn at coaching for three innings.

“I thought they were kidding,” Mayfield said. “I always loved baseball, dreamed of playing it professionally. (And) you know what? Now I’m part of the Brewers. I love them.”