Bradley Beal should make an All-NBA team this season 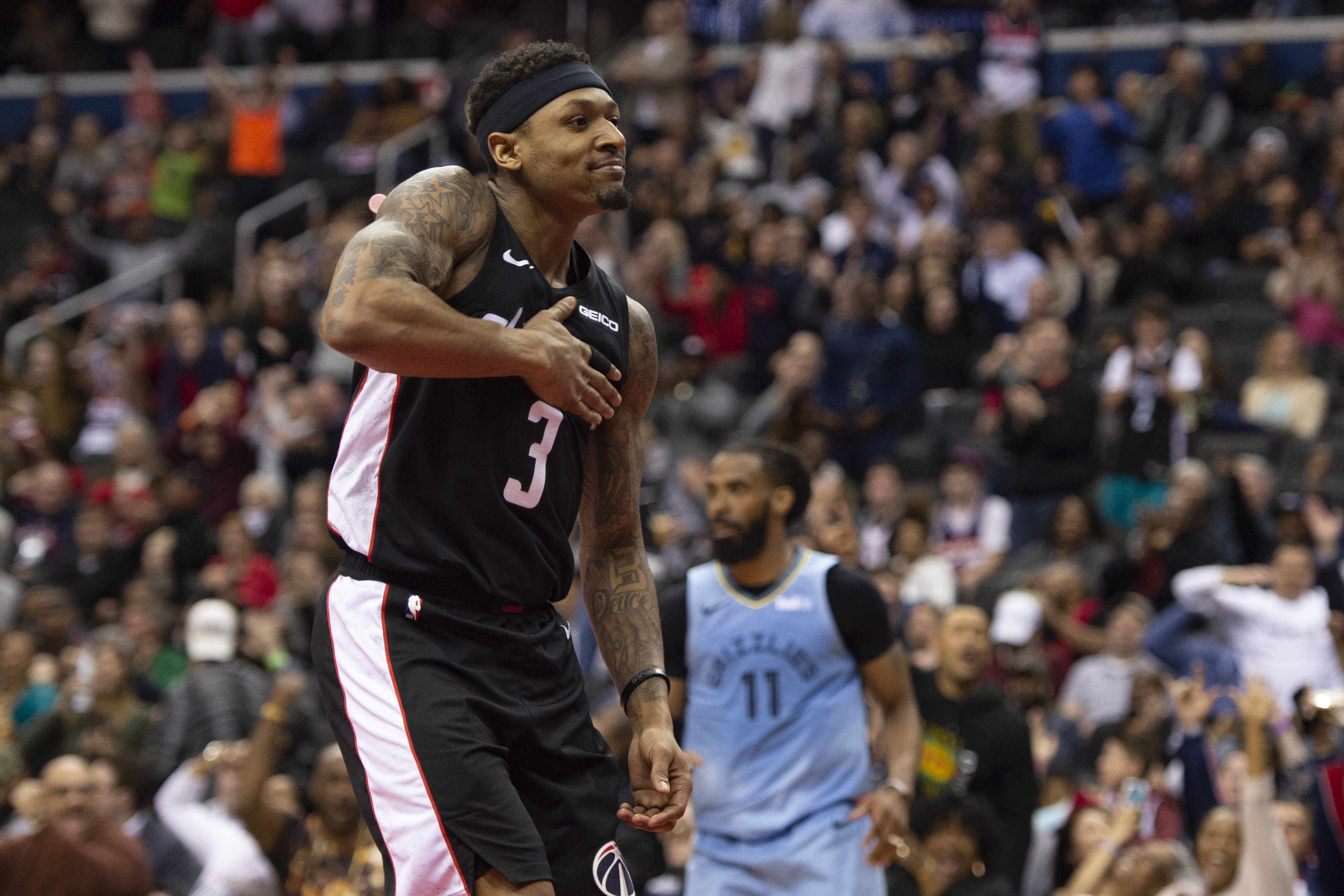 Bradley Beal should make an All-NBA team this season

With 12 games to play, the Washington Wizards are 30-40 and three games back of the No. 8 Miami Heat, but four games back in the loss column. They have the ninth worst record in the NBA with their .429 winning percentage. Their season will probably end on April 9 after their 82nd game of the season against the playoff-bound Boston Celtics. All of that should not stop shooting guard Bradley Beal from making his the first All-NBA team of his career.

Beal, 25, is averaging 26.2 points, 5.6 assists, and 5.3 rebounds per game this season with those number probably only rising as long as Washington stays in the unlikely playoff hunt. He has played the most minutes of anyone in the NBA this season and has scored the third most points overall behind MVP candidates James Harden and Paul George.

In my opinion, James Harden, Steph Curry, and Damian Lillard are the only locks for the six available All-NBA guard spots. Fill in Russell Westbrook and Kyrie Irving as likelies and the final spot is a fight between Bradley Beal, Kemba Walker, and maybe Ben Simmons. As much as Beal only cares about winning because of the competitive nature instilled in him at a young age, he is not naive to the fact that he could achieve an All-NBA accolade. If Walker’s Hornets miss out on the playoffs, which would be the case if the season ended today, then Beal has a good chance of receiving a third team award. With Beal’s loss in the head-to-head matchup on Friday, he shared “last night really killed me.”

“I did not sleep well,” Beal explained about Friday into Saturday. “I was mad all night. Woke up at six and been up all day, just thinking about the game from last night. I just knew how it important it was to get one tonight. No matter what it took. Granted it was against a team in the West, but every game matters and counts at this point. I really wanted this game, so I just made sure I was locked in. Led the team and the rest of the guys followed.”

On Saturday night, Beal recorded his second straight 40-point game, let alone on back-to-back nights. He joins Bullets legend Walt Bellamy as the only other player in team history to achieve such a feat, which took his breath away when the stat was shared with him. Beal also knocked down a career-high nine three-pointers, one shy of the franchise record and on just 12 attempts, in an efficient scoring performance. Despite his historic shooting Beal remains committed to just making the right play for his team.

“There is no fight,” Beal said about not heat checking when feeling it. “I just play the right way. I think I took a bad shot, actually. I took a deep three in transition and missed it and they got a three on the other end. That was my lesson learned. It’s just right time, right place and to continue to play within the flow. I didn’t force any shots. I got a lot of open ones tonight. That was all just within the flow of the game. I never force it. I always trust my teammates. Coach probably wanted me to chuck up one but I can’t do it.”

The only thing holding Beal back from being an All-NBA lock is how bad Washington has played this season. Part of that is not having John Wall, but he also would not be having the season he is having without Wall. Publically he will not admit that he cares about personal accolades because he does prioritize team success over it, but Beal would love to be a rich man starting in the summer of 2021 should he sign a supermax extension in the next few months. Some may be skeptical given the Wall situation that the Wizards are now in, but can you risk letting potentially a top 10 player in the NBA walk for nothing?

“The way he’s playing, the way he’s improved, the way he’s led, my very biased opinion he’s all-NBA the way he’s playing,” Brooks opinionated. “He’s doing things that that level of player does night in and night out. It’s not an every-other-night [thing], it’s not a two-out-of-three nights, it’s every night he brings it. I think his last he’s had like one bad shooting night and that was at Charlotte last week and he was 4-for-21, four or five games ago. He’s playing good basketball. He’s leading us, that’s what he expects himself to do every night. He played a lot of minutes last night. The way he was watching our pregame film, you would have thought he would not play at all but he knows how important it is to lead us and step up and that’s what he’s been doing all year.”

“It’s not perfect, I’m just consistently growing,” Beal said about his game. “I’m just doing whatever it takes to win. I think that’s ultimately my focus. It’s not coming down and trying to score this or having this many assists, rebounds. I really could care less about the stats. I just want to win, I just want to win. Granted I’ve been playing well lately, but wins are the only things that matter. It doesn’t mean hell of beans to me if we don’t have a W at the end of it.”