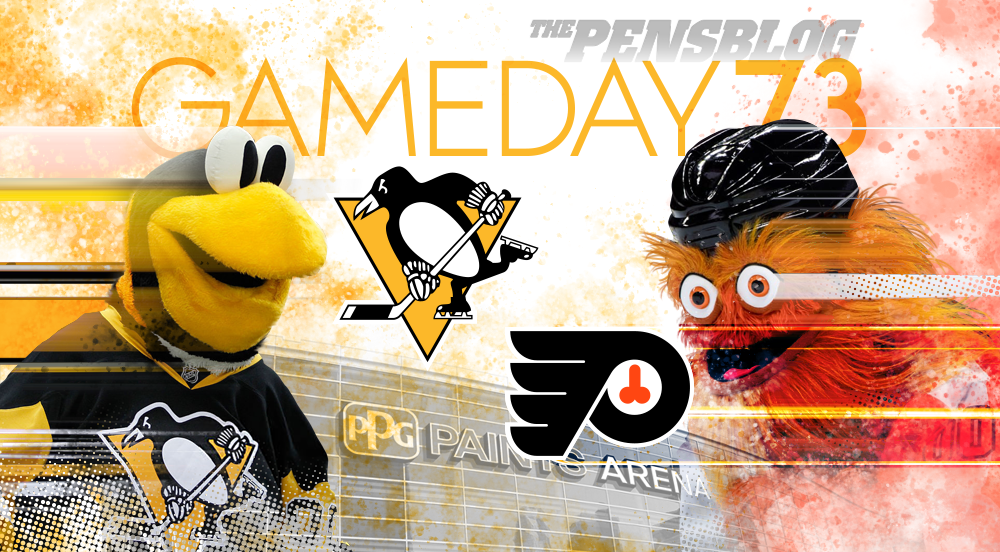 Today, though, is special.  Not just because it’s a holiday, but because the Penguins have a unique chance to bury the Flyers once and for all and extinguish the last remaining flame of hope they have of reaching the postseason.

That’s better than any beer drinking holiday out there.

The Penguins performance yesterday was akin to that of a coworker cooking fish in the office microwave.  It was terrible and didn’t pass the smell test.

They offered no run support to Matt Murray, victimized by 4 goals on 13 shots after getting the night off two days prior.  They either lost their mans, screened him, got PDO’d, and/or flat out sucked in front of him en route to having their 3 game win streak snapped.

Pettersson gets WALKED on that Bouwmeester goal whoa boy pic.twitter.com/y9Ky6rXfPy

Would not expect this same junk again tonight.

Would also not expect much to change in terms of the lineup.  If Letang is ready to go, one would expect him to be a straight swap for Trotman.  Ditto for Rust, replacing one of Wilson or Blandisi.

Lined up and ready for mid-day hockey. pic.twitter.com/MllJ4wH2zg

The Flyers are coming into this game having gone 6-2-1 in their last 10, but also dropped back-to-back games this week to the Caps and Leafs, 5-2 and 7-6 respectively.  They blew a 5-2 second period lead against the Leafs and, as a result, are sitting 8 points back of the Jackets for the final playoff spot with 11 games to play and a game in hand.

A loss tonight won’t mathematically eliminate them, but with 2 back-to-backs remaining and games against Montreal, the Isles, Caps, Leafs, Stars, Blues, and Carolina twice, it’s hard to see any way back for them with a third straight loss.

Pens get their last B2B out of the way this weekend and have to play NSH and CAR twice each.
Caps still have Tampa 3 times and PHI/CAR each twice. Woof.
Canes and Jackets each have 3 more back-to-backs
But the Flyers, though- 12 of 13 against playoff contenders, 3 B2Bs. Yiiiiikes pic.twitter.com/7RmIVxWvHy

They’re there for the taking.  All the Pens need to do is reach out and grab it.