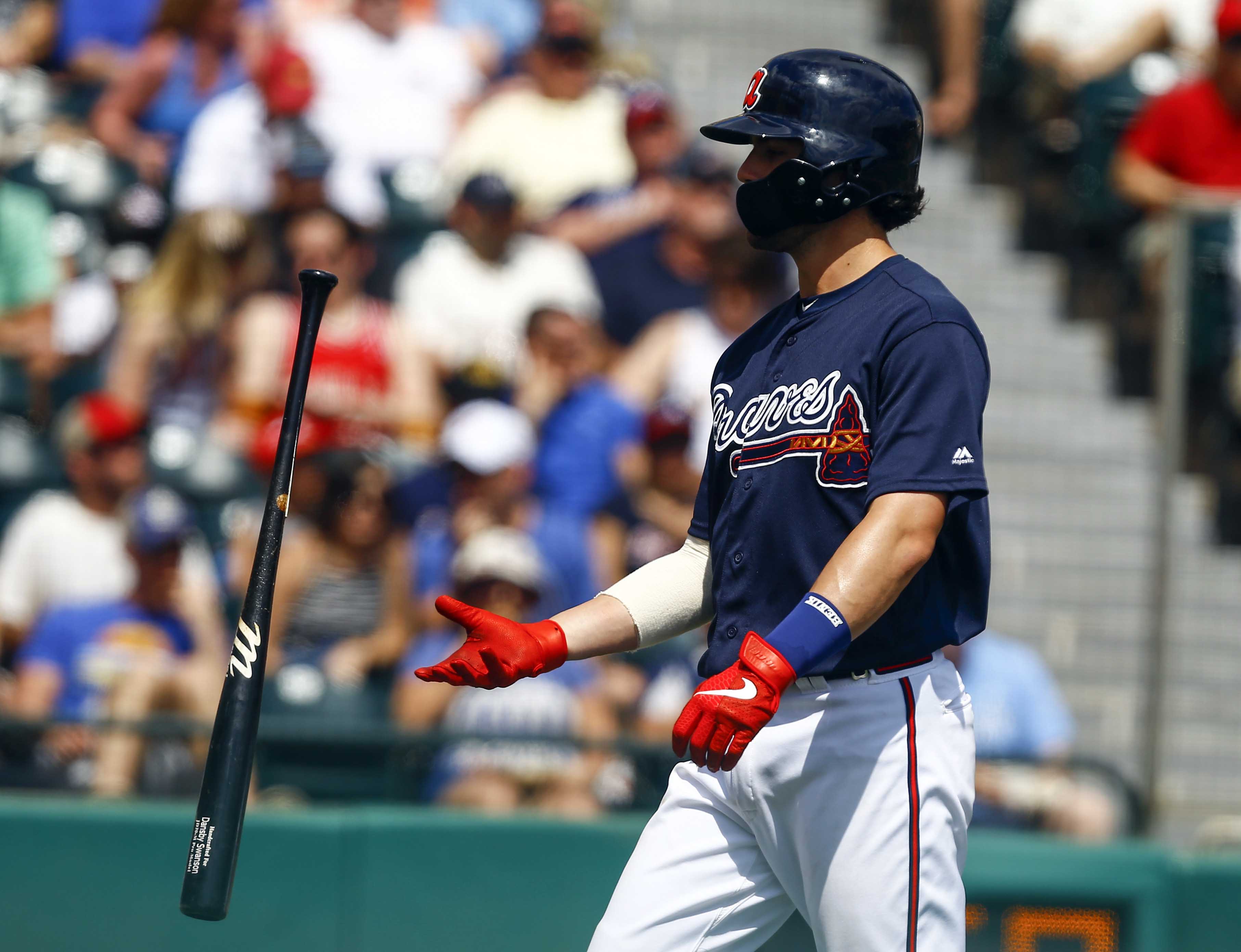 The World Champions, behind four shutout innings by Chris Sale, cruised past the Braves Saturday. Kyle Wright got the start and while he was touched up for a pair of runs, he also held his own, striking out five Red Sox in four frames while yielding three hits. The outing did nothing but help his chance of ending camp by joining the Braves for their trip up to Philadelphia, where he might be the #4 starter and on pace to make his first major league start for the home opener on April 1.

On the spring, Wright has pitched 12 innings and allowed four runs (3.00 ERA) but the far more impressive number is 16 strikeouts to just two walks. Only Touki Toussaint has also struck out more than ten batters this spring for the Braves. Hard not to feel that Wright hasn’t jumped to the front of the line in the rotation battle.

Two relievers battling for a spot in the pen followed Wright. Shane Carle faced one-over-the-minimum in his two innings, striking out one. The one he didn’t retire? That was Mookie Betts, who his first homer of the spring. Carle, who was very important early on for the Braves last year, has gone 8.1 innings in six games with one walk and 8’s.

Luke Jackson followed Carle and his spring of despair continues. The plan may have been to give him two innings as he is trying to carve out a niche as a multi-inning reliever for the Braves, but he gave up three base-runners and just as many runs in his one frame. Both hits he surrendered were doubles and he didn’t strike out a batter while walking one. Jackson has worked 7.2 innings in seven ballgames this spring with a 8.22 ERA and while he does have nine K’s, he has also walked three. Those kind of negative stats can really railroad your chances. He’s also out-of-options.

Wes Parsons worked a one-hit eighth inning to close up and has not tossed a three-hit shutout over seven games (9 ING, 0 R). Most of his work has come like yesterday – very late in the game against guys who will be headed to minor league stops as soon as spring training ends. But as I’ve said before, for a guy like Parsons, solid work might be his key to being the guy his coach takes a liking to and wants in the majors when a spot does open up.

Offensively, the Braves managed seven hits including a pair of singles by Ozzie Albies, again hitting leadoff with a lefty starter on the mound. Johan Camargo started in right field and had a single. Cristian Pache, who didn’t start, had the only extra base hit when he doubled in his one plate appearance. He’s now hitting .462 with a 1.385 OPS. That’ll play.

While everyone is optimistic that Mike Foltynewicz is on the right path, his time table continues to get pushed further back. While Foltynewicz apparently feels fine and there have been no setbacks, the Braves are either being extra-cautious or not overly forthcoming in their concerns because he still has not made it to the mound since his spring debut about three weeks ago. As a result, he’s unlikely to start before spring training ends and will need a longer time table before joining the Braves.

That kind of time table – if this one sticks – likely puts Foltynewicz on pace to return to the team in late April. None of this has been confirmed by the club, but considering he would have missed nearly a month with elbow soreness and needs to be stretched out, Foltynewicz likely is three-to-four appearances away from joining the team. That doesn’t mean he’ll need that many rehab starts. He could make an appearance or two in extended spring training. But the hope that Foltynewicz would be back by early or mid April seems overly optimistic at best.

Foltynewicz likely will have company on the Injured List to open the season. Brian Snitker “conceded” that A.J. Minter and Darren O’Day, who make up a significant part of the high-leverage arms the Braves expect to have in the pen, will open the year in the IL. Minter’s shoulder, sore from a fender bender earlier in camp, hasn’t kept him from throwing, but he still hasn’t made it to the mound. O’Day has been slowed by forearm soreness and isn’t throwing yet.

These injuries might help guys like Luke Jackson stick around into the season. As I mentioned earlier, Jackson has had a bad spring, but is out-of-options and with open spots in the pen, that might let the Braves extend their decision-making.

Of course, this also increases the chances the Braves will be reliever-hunting before the season. I’m not really talking about Craig Kimbrel, who probably would miss opening day at this point even if he signed right now. But other relievers will become available as this spring comes to a close right before the season because of opt-outs and other options being out-of-options.

Right now, the pen’s core looks like Arodys Vizcaino, Daniel Winkler, Sam Freeman, Shane Carle, Jesse Biddle, Jonny Venters, and a pair of open spots. Jackson could slot into one of those spots. Chad Sobotka seems like he’s destined for a trip to the minors with his horrible spring. The Braves could choose to carry the fifth starter (smart money is on Touki Toussaint) as an extra reliever to open the year. Bryse Wilson and Max Fried are also possibilities.

-Mike Soroka threw batting practice today. It was a step in the right direction for the young righty, who was shut down indefinitely earlier this spring after a muscle strain. While not a factor for the opening day roster, Soroka is obviously a favorite to get into the mix at some point if healthy.

-Jon Morosi reports the Braves are still monitoring the Dallas Keuchel market, but are “wary” of losing a draft pick to sign Keuchel to what likely will amount to a short-term deal. That thinking would appear to apply to Craig Kimbrel as well.

-Ozzie Albies is starting today against the Tigers at shortstop, which is good to see. I have previously suggested that if Dansby Swanson’s two-year struggle at the plate continues, Albies would be a good fit at shortstop with Johan Camargo, who has the arm but lacks range, moving into the lineup at second. Swanson’s numbers this spring aren’t great, though he has been hit hard by the BABIP bug. His swing and mechanics look good. The results haven’t matched up yet.

-This is the Braves’ final spring at Champion Field before moving their operations south to Sarasota. Ballpark Digest has this piece on Atlanta’s time at the Wide World of Sports, along with a fun look at Don & Charlie’s, a “Cactus League institution.”

-The Braves play their final split-squad pair of games of the spring today. In Lakeland, Florida, the Braves will face off against the Tigers while some Braves will stay back at Champion Field to take on the Astros. Toussaint faces the Tigers while Teheran gets the veteran treatment and gets the home start. In addition to Albies getting a start at shortstop, Charlie Culberson will venture out into left field with Ronald Acuña Jr. starting in center field. Brian McCann will catch and is likely the only other opening day position player who make the trip to Lakeland. The Braves game at home is full of opening day players, including Camargo starting at second base.