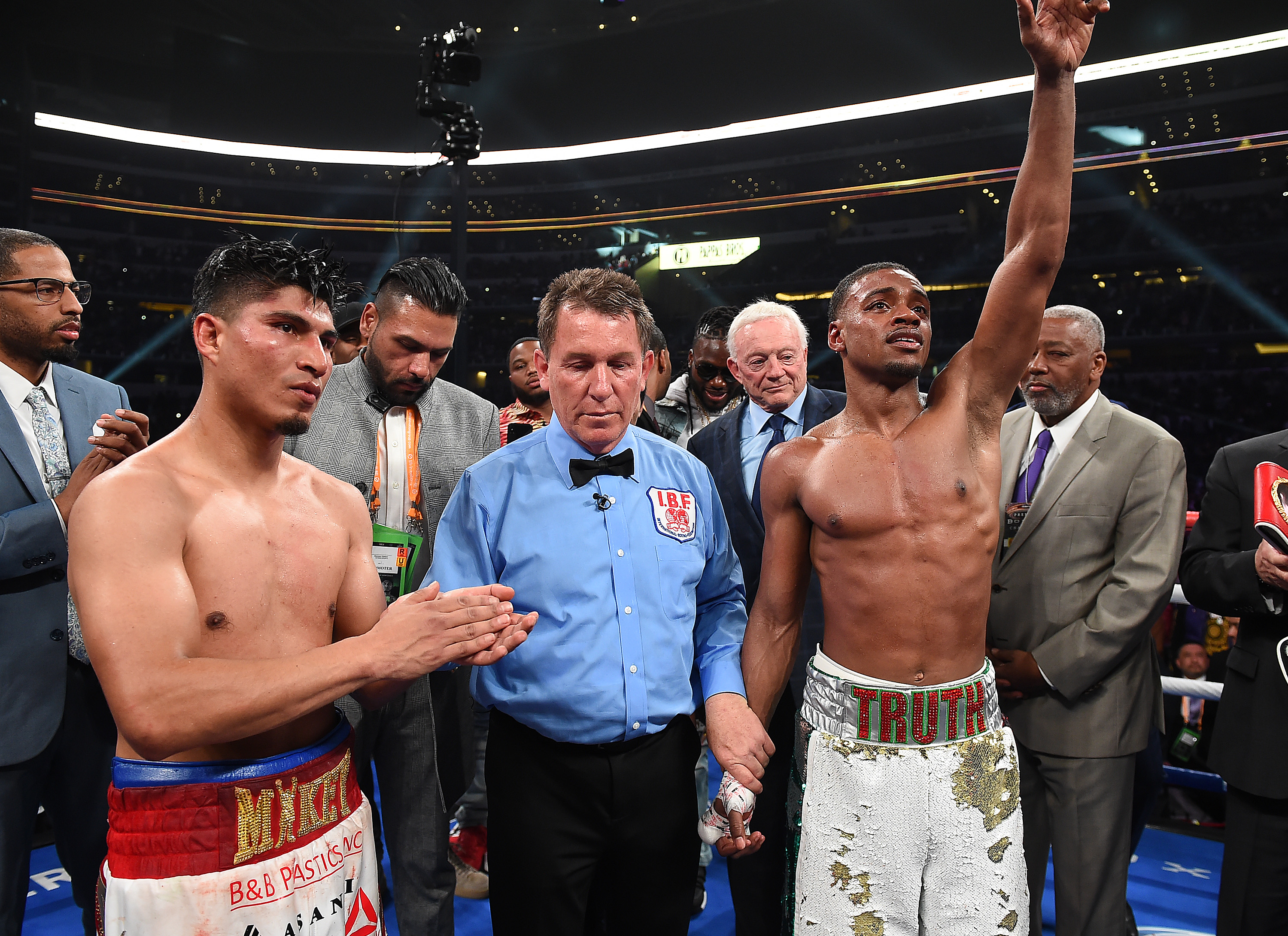 In a mega-fight featuring two undefeated boxing champions, DFW native Errol “The Truth” Spence Jr. showed the world why he’s the best welterweight boxer in the game and the best pound-4-pound boxer in the world today.

In a fight which he controlled from the opening bell to the final bell in front of 47,525 fans at AT&T Stadium, Spence defeated four-division world champion Mikey Garcia by unanimous decision to retain his IBF Welterweight World Championship. Two ringside judges scored the bout 120-108 and one scored it 120-107, The SportsDaily.com scored it 120-108 for Spence as well.

To the surprise of some so-called boxing experts, Spence won the fight with his high level skill-set and not by having a natural advantage of being the bigger fighter. As a result, the IBF champion showed them and the world if you get in the ring with the welterweight kingpin you better have a ton of tools in your tool box if you plan on having even a remote chance of beating him.

“Throughout training camp, a lot of commentators thought he was too smart, and I couldn’t box as well as him,” said Spence. “I showed I can box, and I can move my head if I want to. The game is to be smart, it’s the sweet science. I had the size and reach advantage, so why not use it to take away the jab? It’s a weapon for me and it takes away one of his weapons.”

With a great jab which set-up his classic body attack and power shots, Spence neutralized Garcia and battered the Mexican boxing superstar around the ring all night.

Spence increased his body-punching as the fight went on and looked to wear down the fighter who was moving up in weight. Garcia began bleeding from his nose in round eight, at which point Spence increased his output and landed 35, 29, 34 and 25 punches in rounds nine through 12 respectively, according to CompuBox.

The welterweight king was so effective, one judge even scored round 11 10-8 for Spence despite Garcia not touching the canvas. Spence threw a career-high 1082 punches and out landed Garcia by a staggering 345 to 75 margin.

“I give Mikey Garcia all the credit for taking this fight,” said Spence. “Mikey and I put on a great show in front of all these lovely fans. I respect him so much and I appreciate him for stepping up.”

“We just went 12-rounds with a great welterweight champion,” said Garcia. “That’s a feat no one has done recently. I’m proud of what I was able to do. I have to go back and think about it. I will probably go back to lighter divisions, but we’ll have to think about it.”

Business picked up immediately after the fight, when Spence declared that he wanted to fight boxing legend and WBA welterweight titleholder Manny Pacquiao next. The 40-year-old future Hall of Famer Pacquiao who flew to Dallas to scout the winner of the match didn’t possess the body language of an individual who wanted to see Spence in the ring soon.

“Yes, why not?” said Pacquiao, when asked about facing Spence next. “We’ll give the fans a good fight. I’m so happy to be here at AT&T Stadium and I hope I will be back here soon.”

By thoroughly dominating Garcia, Spence let everyone around the world know that the “Spence Era” is in full effect. 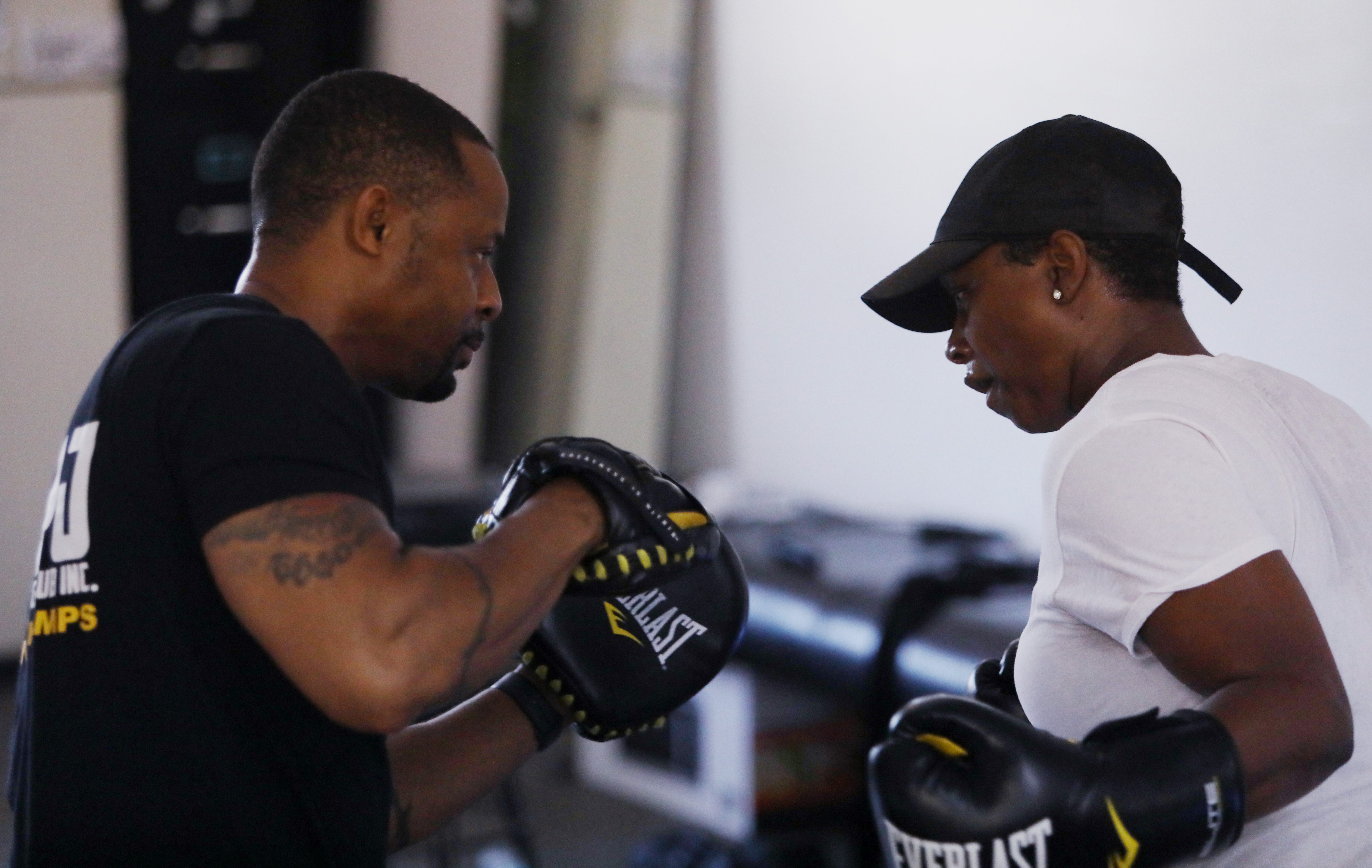