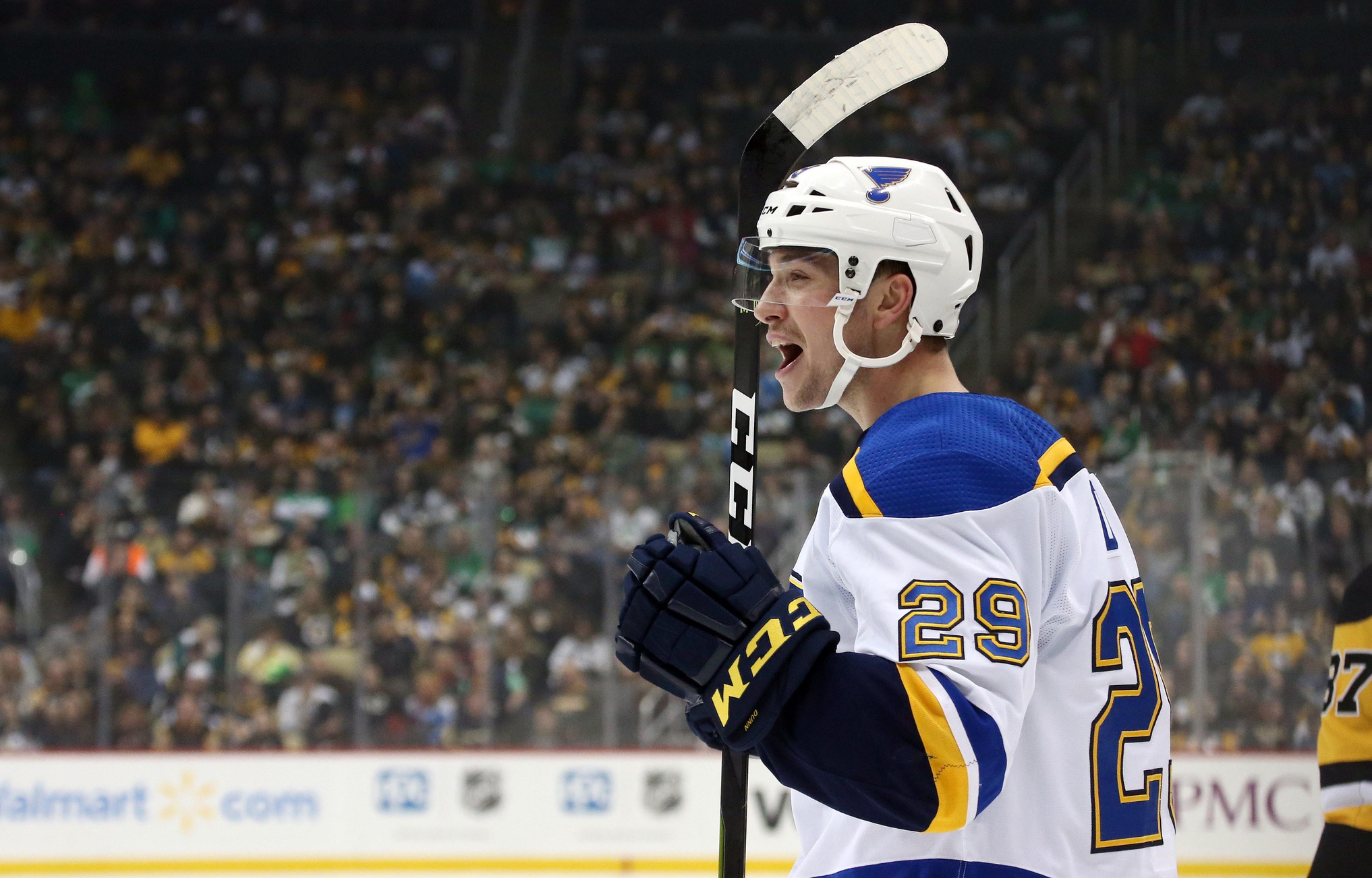 The St. Louis Blues are getting plenty of help on offense from their defensemen. In fact, Vince Dunn‘s first goal against the Pittsburgh Penguins on Saturday set a new franchise record. Dunn’s first goal gave him 10 on the year, which marks the first time in Blues history that the team had three defensemen with 10 or more goals on the season.

Recently, the topic of offensive depth was discussed as the Blues appear to rely too heavily on their top stars. The team has struggled to find consistent offense when Brayden Schenn and Vladimir Tarasenko were out of the lineup.

Thankfully, the defense has stepped up and helped carry some of the offensive workload. The three goals scored by defensemen against the Pittsburgh Penguins this weekend gave the Blues 44 total goals by d-men this season. That mark currently leads the NHL.

#stlblues up to three goals from defenseman today, giving them 44, the most in the NHL.

It’s always encouraging to see defensemen getting in on the offensive fun. But, the Blues really could benefit from their second, third and even fourth lines finding offense on a more consistent basis. A well-rounded effort is required for any kind of serious playoff run.

Goals from the blue line should be viewed as a bonus. If the Blues rely too heavily on their defense to light the lamp, they’re going to have a tough go of things down the stretch and in the postseason.