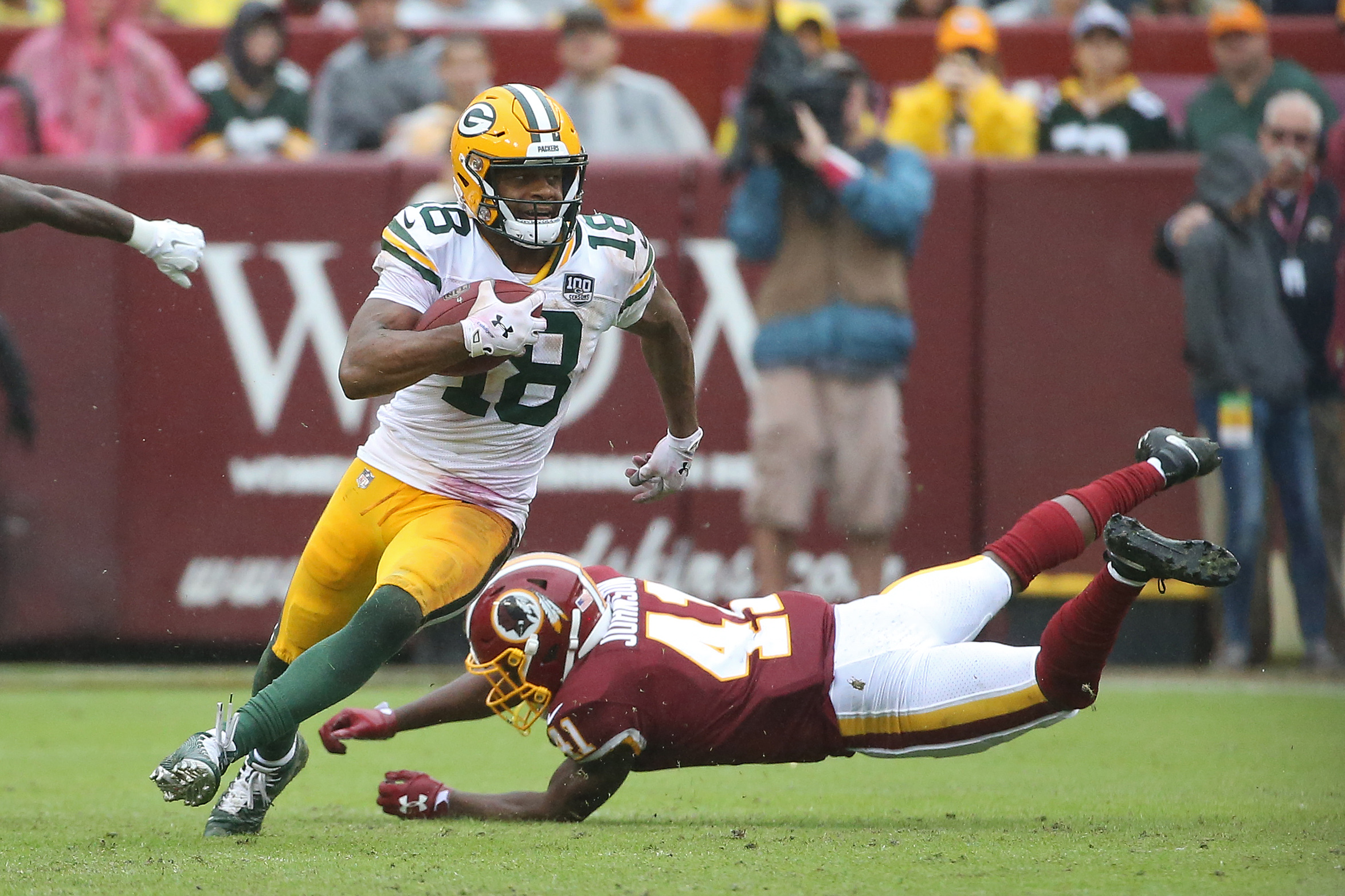 The Dallas Cowboys are bringing in Randall Cobb for a visit on Monday.

It’s been another quiet offseason for the Dallas Cowboys in 2019. As Dallas is known to be a team that likes to retain their own players during Free Agency and draft their new guys, they haven’t really switched up their strategy at all during this offseason. One new approach that they tried last season though was acquiring new wide receiver talent through signing and trading. Now, they may try that again this year.

Last season, the Cowboys made the shocking move of cutting Dez Bryant in the offseason. Then, they tried to find his replacement through signing veteran wide receiver Allen Hurns, and trading for Tavon Austin. Unfortunately, those guys didn’t prove much through the first half of the 2018 season, which forced the Cowboys to make their biggest move of 2018. That was trading with the Oakland Raiders for Amari Cooper.

While Cooper is doing a fine job in Dallas so far, one wideout is not going to cut it. Plus, the Cowboys lost one of their own to Free Agency, as they will be without Cole Beasley for the first time in a long time. Now the Cowboys are on the hunt for a new slot receiver, and they may find one through a long-time veteran who is looking for his final landing spot in the NFL.

Randall Cobb could fill the void of Beasley

The #Cowboys are hosting FA WR Randall Cobb on a visit today, source said. One of the top veterans available.

As Cole Beasley mentioned multiple times on social media during this offseason, slot wide receivers do not grow on trees. Although they aren’t the key component to an offense, having a reliable receiver in the slot can obviously be quite beneficial to an offense.

Beasley wasn’t Dallas’ greatest playmaker, but he was a threat. Without him, it’s clear that the Cowboys offense become quite predictable. The ball would be either going to Ezekiel Elliott, or Amari Cooper. That’s where Randall Cobb would come in to help. Although Cobb’s best days are behind him, playing strictly in the slot for Dallas gives them some much-needed talent and experience.