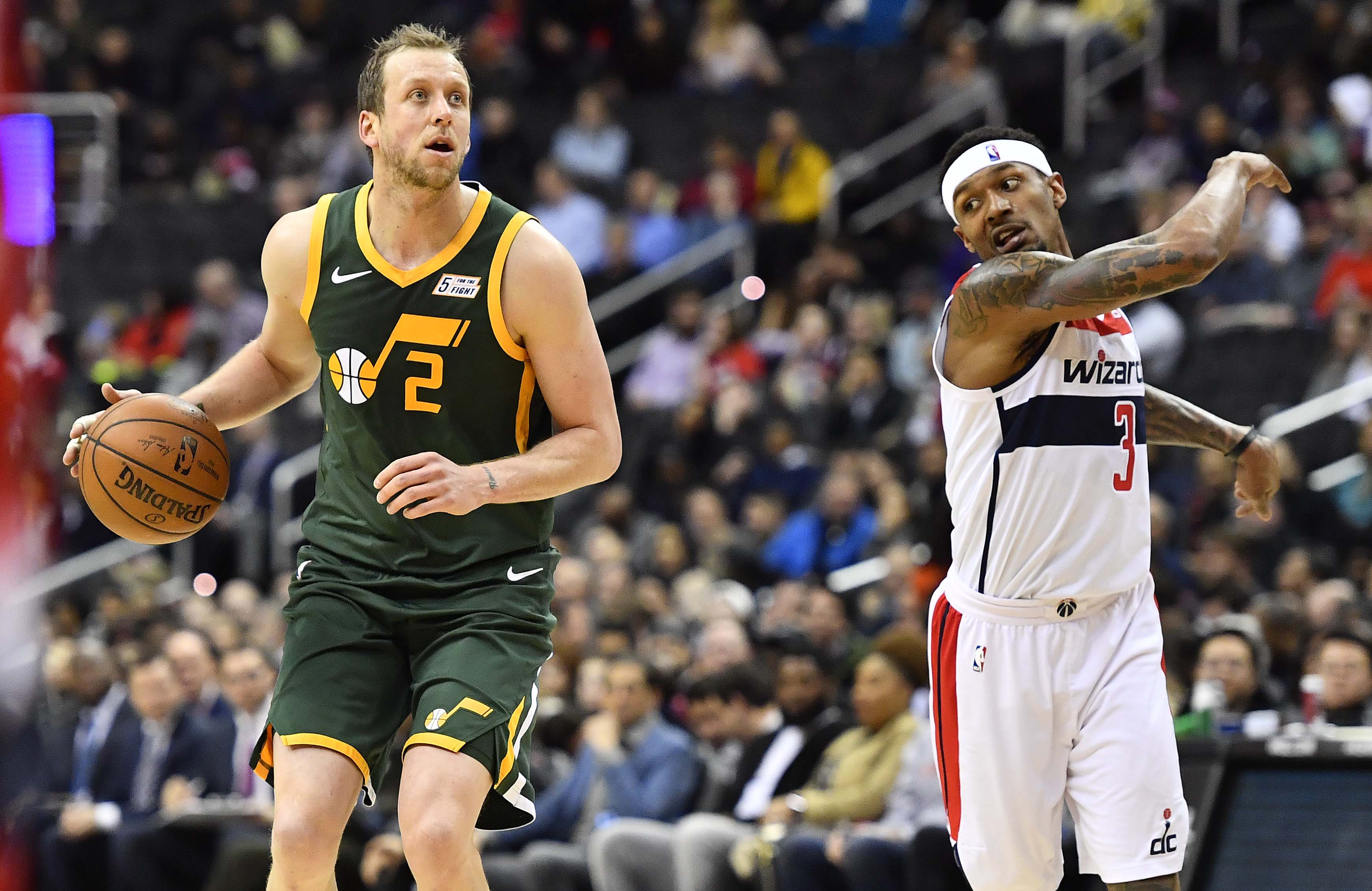 For the second time in as many years, the Washington Wizards were embarrassed by the Utah Jazz. It was not to the tune of 47 points like last season’s trip to Utah, but a 116-95 drubbing at home when claiming to still be fighting for the playoffs is brutal. In front of a crowd of “15,637”, Capital One Arena was fairly quiet except for the hecklers calling for Scott Brooks’ job or mocking Ian Mahinmi’s massive contract. Tomas Satoransky admitted that he could hear the disgruntled taunts from the crowd.

Tomas Satoransky asked if he can hear the hecklers of Capital One Arena: "My ears are fine so I can hear it." pic.twitter.com/74mFe85NN4

Bradley Beal received Eastern Conference Player of the Week honors for his performance over the previous four games where Washington went 3-1. Coming off of back-to-back nights with 40-point games, Beal fell back to Earth with a mere 15 points on 4-of-12 shooting. The two-time All-Star did not make a single three-pointer, after going 9-of-12 on Saturday, ending his 47-game streak with a make from deep. Beal won’t be defending the award at this rate, but was praised pregame by his opponent.

As one of the most competitive guys in the NBA, Beal is often frustrated by losses. Monday was maybe more so than usual given his level of play and the overall poor team performance. Utah won every statistic: point, rebounds, assists, steals, field goal percentage, three-point percentage, points in the paint, second-chance points, and fast break points. A non-DC area reporter tried to approach him for a 1-on-1 after the game, which was questionable if they read the room, and he understandably declined to speak until his post-game scrum minutes later. Then he displayed his level of frustration with the Jazz’s brilliant defense on him all night.

“They face guarded me the whole game. I’m not going to score 40 points every night. Everybody knows that. I hope we don’t have that expectation because I’m not Superman,” Beal said. “You have to work harder to get open. As soon as they shot the ball, I couldn’t even run to the corner without one guy on more or possibly two.”

Bradley Beal was frustrated by the Jazz face guarding him the entire game for the first time since high school: "I'm not Superman." pic.twitter.com/OZjtLklJnM

Utah is a good defensive team and head coach Quin Snyder knew exactly what he was doing. The Jazz made it clear someone besides Beal was going to have to beat them. At all times there was a body on Beal looking right at him even if it meant the defender’s back was to the ball. On every pick, both defenders went to Beal, at least initially. The Washington guard had no breathing room all night because Utah knew there was not a No. 2 on the team that was going to do enough damage. Jabari Parker, arguably the team’s closest thing to a secondary option, had 19 points on 8-of-13 shooting, but even that did not put a dent in the deficit. With the Wizards off to see Otto Porter in Chicago on Wednesday, one can only wonder if the former Georgetown product would have ever grown into a legitimate second option. Probably not, but he had a better chance than anyone else currently on the roster.

“You’re not going to guard a player of his caliber with one guy, so I think we had a good awareness,” Snyder said. “He had some clean looks in the first half. We were lucky that those didn’t go in, but I thought we worked hard.”

“They did a good job on him. They did a good job,” Brooks began. “When he was open, they sent another guy; when he was driving the lane, they had the big guy [Rudy Gobert] down there. That’s how they play; they’re a good defensive team. They have a lot of good wing players. The big fella down there, he blocks and alters a lot of shots. Brad had an off night but he’s a champion. He can come back and bounce back the next night and play better.”

This game, in particular, underscores how laughable it was to say the Wizards are better without a healthy John Wall. Beal cannot be Superman every night and especially in the playoffs, which is a mute subject at this point 4.5 games back with 11 left to play. Washington forced Toronto to six games last season because they had their backcourt together, the result otherwise would have been truly ugly. Between Parker, Tomas Satoransky, Trevor Ariza, Bobby Portis, Jeff Green, and Thomas Bryant, Washington has a bunch of good second half of the rotation players, not heavy lifters. That should have been apparent to Ted Leonsis and the front office immediately and led to a firesale at the trade deadline to recoup long-term assets instead of a weak attempt to limp into the postseason. More likely than not, a good chunk of those players return for the 2018-19 sequel next season and barring a major signing with limited cap space, the sequel will be just as bad as the original.