Morning Walk - Braves Double Up on Losses in Split-Squad Action 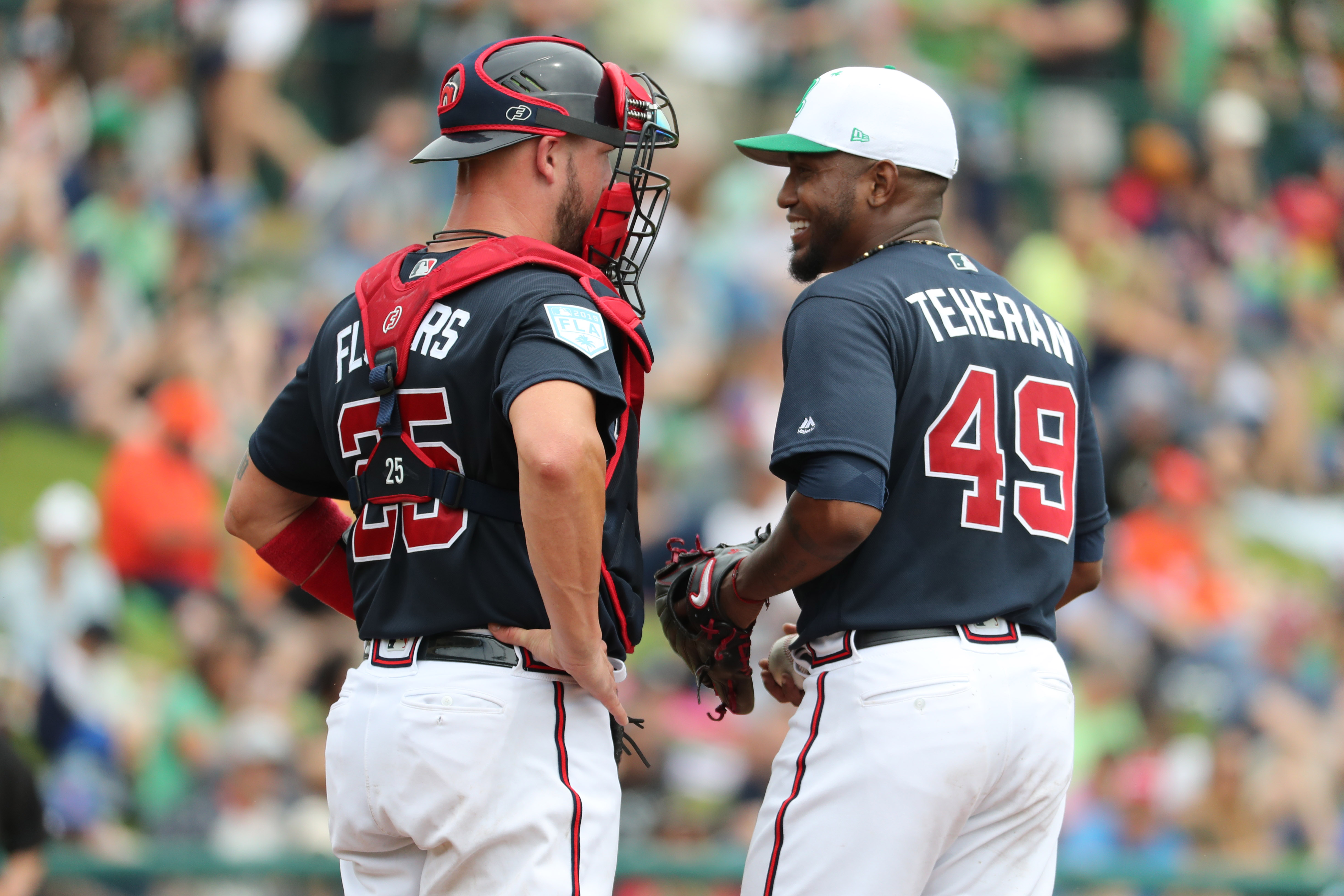 Morning Walk - Braves Double Up on Losses in Split-Squad Action

With a lineup largely full of regulars, the Braves were only able to eke out three runs off the Astros with the help of one swing of the bat by Freddie Freeman. Facing Cionel Perez in the sixth, Freeman’s third homer of the spring followed a single by Ender Inciarte and a walk by Josh Donaldson. Other than that, the Braves had few offensive opportunities. Johan Camargo, starting at second, doubled while Dansby Swanson had a pair of singles.

Going 0-for-3 was Adam Duvall. Outside of a two-homer game earlier this spring, Duvall is 3-for-33 – all singles. The Braves keep giving him opportunities to get going as only Cristian Pache and Austin Riley have played more often, but at this rate, the Braves have to be looking elsewhere for bench help. Even if they don’t ultimately sign or trade for someone, Duvall is inspiring zero confidence right now.

On the mound, Julio Teheran skated around danger for another solid game. The Astros had four hits off the Braves starter and he walked no one in his five innings of work. One run did score, but Teheran struck out six. There’s optimism that Teheran could be in line for a big bounce-back season. He’s now tossed a dozen innings while allowing five runs, four earned, and walking just one batter next to 16 K’s. The strikeouts are nice, but it’s the walks that are key here. Teheran had a walk rate of about 6% in three of four seasons before 2017. That season, it ballooned to 8.9%. In 2018, it was 11.6% or roughly double where it was when Teheran was easily the Braves’ best or second-best pitcher.

Also encouraging to see is Teheran’s velocity, which fell close to falling under 90 mph last season and has been around 92-93 mph this spring. That’s where he lived for the last few years before 2018 and it’s something that, with improved control, could prepare him for a big 2019.

Will this success translate into the season? Obviously, the club is hoping so after losing Mike Foltynewicz for the start of 2019 and the questions surrounding Sean Newcomb and Kevin Gausman. Not to mention Atlanta doesn’t know what kind of growing pains they will suffer through with their young arms.

Speaking of suffering, Bad Sam Freeman was on full display Sunday. He was in the midst of a great spring, but allowed three hits and walked a pair in his inning of work. Three runs scored off Freeman. His spot in the bullpen seems fairly secure despite his struggles yesterday with A.J. Minter and Darren O’Day likely to miss the start of the season. That said, another outing like Sunday and Freeman could find himself on the roster bubble.

Jose Raphael De Paula tossed a scoreless seventh while Jonny Venters was unhittable in the eighth. Josh Graham ran into some big trouble in the ninth, getting charged with three runs to turn the game into a rout.

An unearned run and just six scattered hits by the Braves led to their downfall in their road game in Lakeland. Getting the start at shortstop was Ozzie Albies and his throwing error led to one of the three runs charged to Touki Toussaint to go unearned and provided the edge in the game. Nevertheless, it was nice to see Albies across the bag for the first time since 2017 with Gwinnett.

His bat, however, didn’t make the trip. Neither did the bat for Ronald Acuña Jr. Both stars went 0-for-4. Charlie Culberson reached base via a walk, but none of the first three hitters in the order managed a hit. Culberson is now hitting .152/.243/.212 in 33 spring training AB. The Braves may not have won the division in 2018 without him so he’s earned himself time to stick around. That said, for skeptics of his surprising climb to relevancy last season, production like we’ve seen from him this spring could lead to calls for a change if it persists into the season.

Brian McCann made the trip and added a single, but none of the Braves’ half-dozen knocks went for extra bases and without Tigers’ defensive miscues, Atlanta might not score against Tyson Ross and company.

On the mound for the Braves was Touki Toussaint and while he fought his curveball for most of the outing, he also logged five quality innings and struck out five. I mentioned yesterday that while the Braves don’t need a fifth starter until April 7, it wouldn’t be shocking to see the Braves carry that fifth starter to open the year as an extra reliever. That extra starter could be Toussaint, who seems behind Kyle Wright now. Toussaint has had a few rotten outings, but has also struck out a team-best 17 batters to just two walks. Hard to ignore that.

Three pitchers kept the game close after Toussaint exited. Andres Santiago retired all six batters he faced, Chad Sobotoka worked around a hit in a harmless inning, and Cuban import Elian Leyva worked a scoreless eighth. Sobotoka’s outing was nice. He has been horrendous this spring. But all four batters he faced were replacements for starters in the lineup for the Tigers, including Parker Meadows, who was drafted last June out of Grayson High School in Loganville, Georgia. He doubled off Sobotka in his first at-bat with the big boys in camp.

While the Braves didn’t get the results they wanted in either game Sunday, the day was considered a success after Mike Foltynewicz and Mike Soroka each threw off the mound. It was the first time either had accomplished that since earlier in camp. It’s the first step in what will probably be about a month-long process for both pitchers as that’s where they essentially are in spring training – a month behind.

Foltynewicz threw without pain in a side session while Soroka faced minor league hitters for batting practice.

With spring training nearing its end, here is my projected roster. If a player is in italics, they are on the roster bubble and could easily lose their spot.

-The NL East playoff hunt claimed an innocent victim in 2018. After seeing his teammates play Fortnite during a game against the Braves last September, the Phillies’ Carlos Santana smashed an television in response. As former Braves media member and current Pirates beat reporter Nubyjas Wilborn quipped, it was the “best contact he made that month.”

-Braves have seven home spring training games remaining and just two more on the road, but only four of those home games will be at Champion Field if you want to catch the Braves at their long-time spring park for the last time. That includes today as they play the Yankees in an evening contest at 6:05. Bryse Wilson will get the start for the Braves.