The Packers Really Should Not Bring Back Jordy Nelson 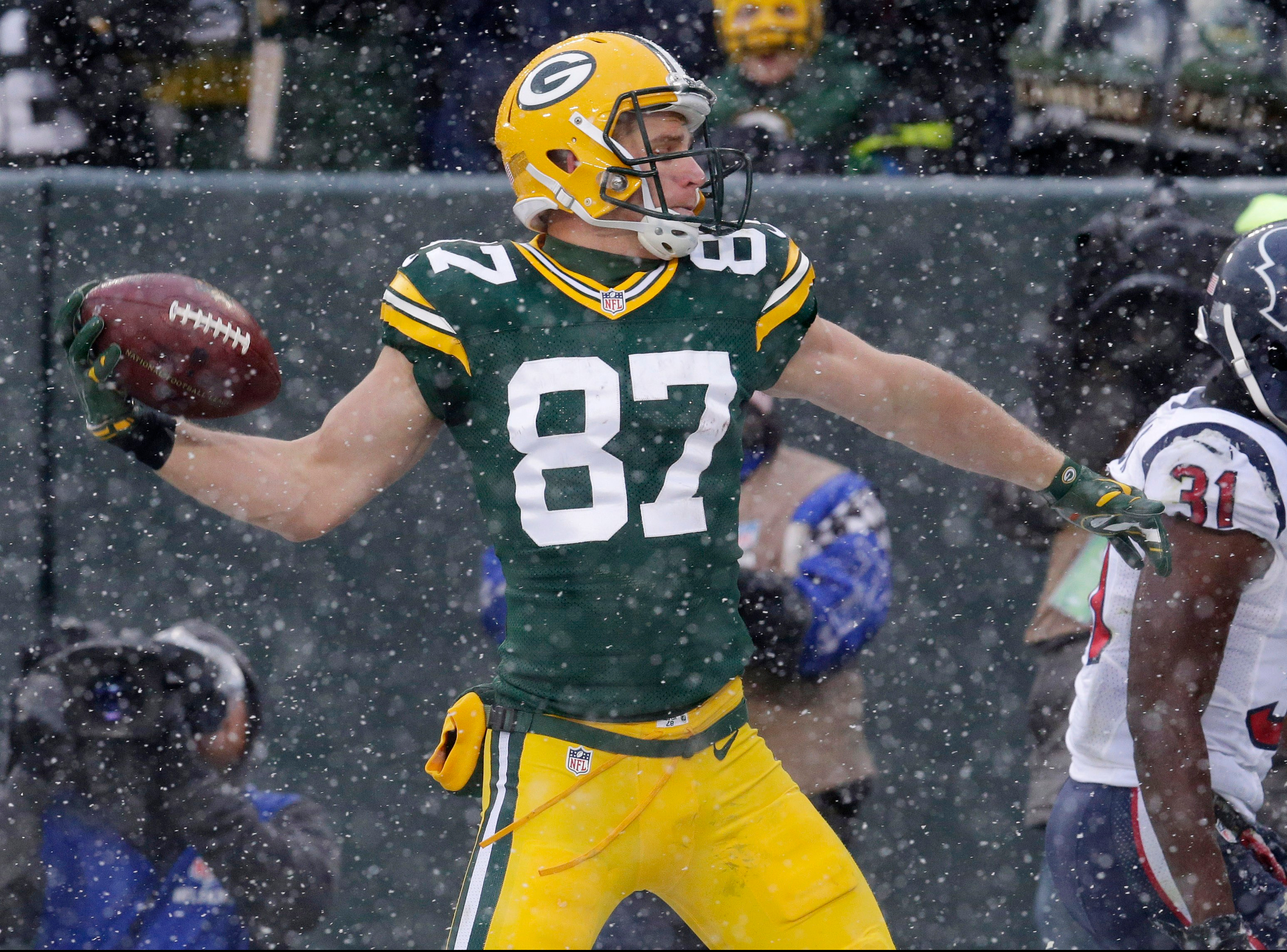 The Packers Really Should Not Bring Back Jordy Nelson

While it would be a great story, the Green Bay Packers really should not bring back wide receiver Jordy Nelson who was just released by the Oakland Raiders last week.

Nelson played for the Packers for nine seasons and had four seasons of more than 1,000 yards and was selected to the Pro Bowl after the 2014 season. He is a lock to be elected to the Packers Hall of Fame after his career is over and his special connection with Aaron Rodgers made Green Bay’s offense one of the most dangerous in the league in the early part of this decade.

But those days are long past. Nelson will be 34 before the start of the 2019 season and injuries and age have taken a toll on his ability to separate from defenders and make plays down field. The Packers elected to let him go after the 2017 season for those reasons.

Nelson was a fan favorite and a favorite of quarterback Aaron Rodgers. When the Pack let Nelson go, Rodgers let his feelings be known on Instagram:

Hard to find the right words today to express what 87 means to me. No teammate exemplified what it means to be a packer quite like him. From living in GB full time, his incredible contributions to the city, state, and region, to his consistent, reliable play on the field. Definitely a sad day and the toughest part of this business. There will never be another quite like white lightning. #leader #brother #friend #baller #loyal #champion #legacy #intact #stillcanplayball #backshoulder #1stSBTD

Nelson spent 2018 with the Raiders and was workmanlike at best. After a slow start, he finished with 63 catches for 739 yards, an 11.7-yard average and three touchdowns.  He had his best games late in the season, catching 36 catches in his final five contests.

Packers fans would certainly love to see Nelson return to Green Bay in 2019. Still, bringing back Nelson wouldn’t really make a lot of sense for the team.

The Packers have a deep group of wide receivers right now even if they aren’t all established NFL starters just yet. Davante Adams is a bona fide number one receiver and had his first 1,000-yard season and was selected to his first Pro Bowl last year. Geronimo Allison was off to a very good start in 2018 before injuries cut his season short and should be a reliable second or third receiver. The Packers have three draft picks from last year entering their second season, J’Mon Moore, Marquez Valdes-Scantling and Equanimeous St. Brown. Most NFL players make their biggest jump before their second season and the Packers figure that at least one of these players will step up and fill a role in the top-three. Jake Kumerow is also returning and will battle for a roster spot as well.

The likely departure of Randall Cobb does leave a hole in the Green Bay lineup. The Pack doesn’t have an established slot receiver, which is a role Cobb filled well over his career when he was healthy. All the receivers mentioned previously are at least six feet tall and would not be strong fits for the slot position which usually goes to a smaller, quicker player who runs precise routes and can get open underneath and over the middle.

Late in the 2018 season, Rodgers admitted that Cobb filled a role that the other receivers on the roster would struggle to fill. In December, he told reporters, “When Randall is healthy, I think our offense has been different because we have a true slot guy that can make plays in the slot consistently.”

That is the Packers true need at wide receiver, someone who can play effectively in the slot. Nelson really doesn’t fit that role very well. At 6’3” and 217 pounds, Nelson is a big target who lacks the quickness and speed he had earlier in his career. While his chemistry with Rodgers may help him play more effectively than his body-type and skill set would otherwise describe, there would be other, cheaper and more promising options available to the Packers.

The Pack could draft a slot receiver and pay them much less than Nelson would make even if he signed for the veteran minimum. They could also sign a serviceable mid-level free agent that would be younger and have more productive years ahead of them than Nelson would have.

In addition, because the Packers have a new head coach in Matt LaFleur who is introducing a new offensive system to the team, Nelson’s familiarity with the old Packers offense would not necessarily be a big advantage for the veteran if he returned to Titletown.

In the end, the Packers simply have better and less expensive options than Jordy Nelson to fill their need at slot receiver in 2019. Most of the alternatives would also have a brighter future than Nelson does.

GM Brian Gutekunst should bring Nelson back to Green Bay, but only to sign a one-day contract once his playing career is truly over so he can retire as a Packer. That is an honor Nelson has earned and richly deserves.