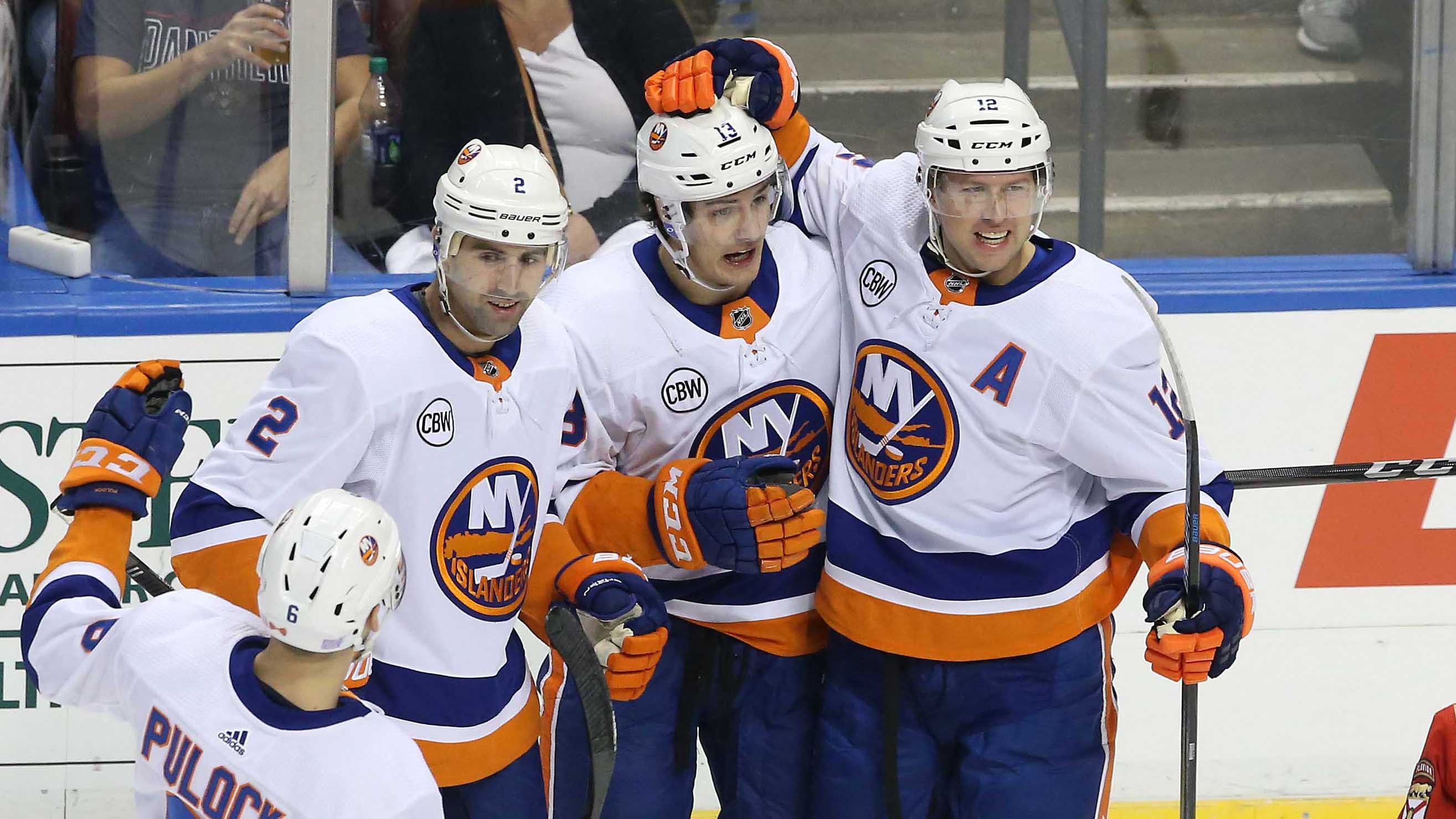 With the season coming down to the wire and the race in the Metropolitan Division tightening every day, the Islanders need their top players to step up. In Washington, Alex Ovechkin has elevated his game to help the Capitals jostle with the Isles for the division lead and in Pittsburgh Sidney Crosby has done the same.

For the Islanders, they’ll need the likes of Mathew Barzal, Josh Bailey and Nick Leddy to do the same. In recent games, things have started to shift for the Islanders, who sit in a tie for first place in the Metro with the Caps.

Barzal, who is coming off a year in which he won the Calder Trophy, has put up six points (six assists) over his last six games and his move to a line with Jordan Eberle and Anders Lee has helped. The chemistry is there and the different styles on that lines have suited one another.

Barzal connected with Lee for the game-winning goal last Thursday against Columbus and on did so again on Sunday when the Islanders beat the Wild in overtime. It was Barzal’s pass from down low that allowed Brock Nelson to find the back of the net.

It was a promising sign for a player that has gone cold since the all-star break. Barzal has registered just three goals since then, with his last goal coming on Feb. 16 against Edmonton.

The Islanders as a team have struggled to score goals and Barzal’s offense alone isn’t the issue, but without Barzal driving the offense the rest of the roster struggles. Barzal’s passes have to be buried by his linemates, which has been a rarity at times.

Similarly to Barzal, Bailey’s offensive production has not been great over his last 10 games. Bailey only has three points – all off assists – and has not found the back of the net since Feb. 26 against Calgary. And with just three goals over his last 20 games, therein lies another problem.

If he is not going to put the puck in the net then he needs to pick it up with assists. Bailey has recorded nine assists in his last 20, which is far from ideal considering the circumstances.

Bailey has been moved down from the top line and to the third line, where hopefully Valtteri Filppula and Leo Komarov can help Bailey figure it out before the season is over. Being placed on the third line should be good pressure for Bailey as Barry Trotz makes it clear that he needs something from the veteran forward.

Even with his struggles, Bailey remains second on the Islanders in points with 50.

On the defensive end, Leddy remains a key contributor who needs to up his game in the final stretch of the season. The veteran defenseman had started the year on the right foot following a dismal 2017-18 campaign that saw him record an astonishing minus-42 on the season.

However, things have taken a turn as of late and a rough outing against the Philadelphia Flyers on Mar. 3, and the loss of defensive partner Johnny Boychuk, led to Trotz placing the vet with Scott Mayfield. Playing along Mayfield, who has been having a great year, should be a real test for Leddy to elevate his play.

As one of their top defenseman, the Islanders needed to see Leddy improve, which has happened. Leddy has recorded four points in his last seven contests and his defensive effort has tightened up.

The powerplay is 26th in the league at 15.3 percent and Leddy needs to help fix that.