Three teams that should trade for LeBron James 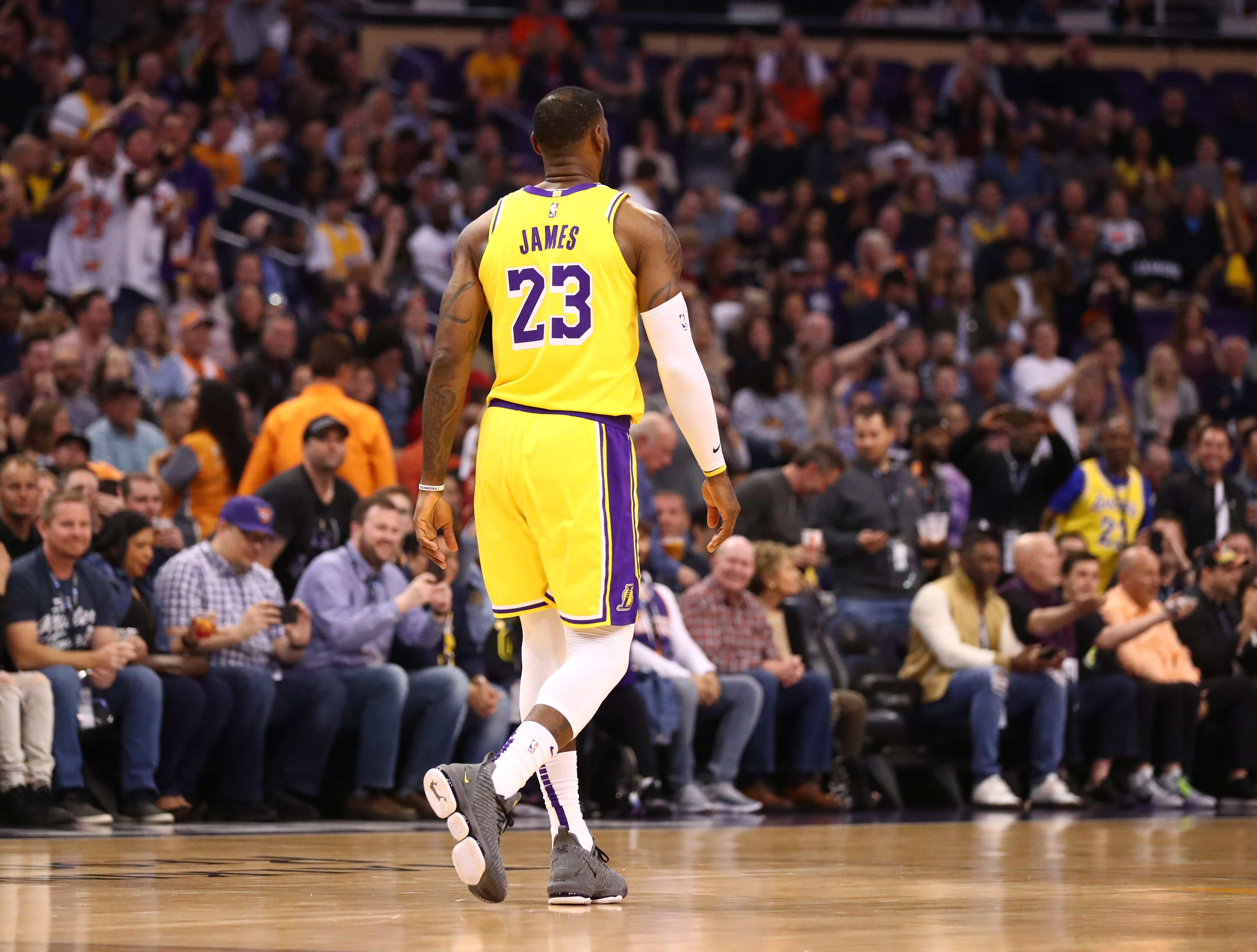 Three teams that should trade for LeBron James

Before LeBron James’ injury on Christmas Day against the Warriors, the Lakers were fourth in the Western Conference. Now, they sit 11th in the West, 9.5 games behind the eighth seeded Clippers. When LeBron came back from injury and the Anthony Davis trade demand became public, all hell broke loose for the Lakers. The reports were that the Lakers would trade anyone not named LeBron James in exchange for Anthony Davis. This clearly had an effect on the Lakers’ chemistry, as the team went into a downward spiral, which cemented their fate as a lottery team. Fast forward a couple weeks and there was a recent report that said the Lakers at least considered trading LeBron at the trade deadline because of how he and his agent, Rich Paul, handled the Anthony Davis trade request. The Lakers will almost certainly not deal LeBron James, but it makes for a fun conversation if they considered making him available. So, what teams should trade for LeBron if he ever becomes available? According to Enizio.com, three teams come to mind that would make sense to go all-in for the first ballot hall of famer.

News flash Hornets fans, your team has been one of the most average teams in the NBA the last six years. Plus, before they were average, they were awful. The Hornets have won 40 games just three times since the 2001/02 season. On top of that, they haven’t reached 50 wins in that span, and have been under 20 wins during those seasons twice. That is the definition of an average NBA team. Still not convinced the Hornets are average? Okay, feast your eyes on this.

That ought to do it. Now that everyone knows the Hornets are average, they are at risk of losing Kemba Walker this summer. Walker is an unrestricted free agent this offseason, and with no clear direction in Charlotte, there is a serious chance he could leave. That’s where a trade for LeBron James comes in. What better way to show Kemba that the team is committed to winning than trading for potentially the greatest player of all-time.

Pairing LeBron James and Kemba Walker would be fun. It would provide a similar look to Kyrie and LeBron in Cleveland, a duo that won a championship together in 2016. A trade would need to center on Malik Monk, Miles Bridges, and picks if talks were even allowed to happen, with Nicolas Batum also going to Los Angeles to make the money work.

While the trade would leave the Hornets with virtually no rotational players to help Kemba and LeBron, that duo could do enough damage in the Eastern Conference to have a shot at the NBA Finals.

The San Antonio Spurs are poised to make the playoffs for the 22nd time in a row this season. Never doubt Gregg Popovich. Even after trading Kawhi Leonard for DeMar DeRozan, like they always do, the Spurs are finding a way in a deep Western Conference. However, even with the success this season, the Spurs don’t have a real shot to reach the Western Conference Finals, let alone the NBA Finals.

A move for LeBron this summer would give the Spurs another piece that could flourish under Pop. It seems like anywhere LeBron goes that there’s always immediate tension with the coach in place, but that wouldn’t be the case in San Antonio, as LeBron and Pop have grown close over the years.

A trade with the Spurs would need to center around some combination of Derrick White, Lonnie Walker IV, Dejounte Murray, and picks, with either DeRozan or LaMarcus Aldridge going to Los Angeles to make the money work. Even with the combination to make a trade for LeBron plausible, the Spurs would still have pieces around LeBron and DeRozan/Aldridge to make a push in the West. With Kevin Durant expected to leave the Warriors this summer, there could be a small opening in the Western Conference next year.

While a LeBron trade isn’t likely to happen in general, if the Lakers chose to move on from their big free agent signing, don’t be surprised if the Spurs got in the mix.

The Houston Rockets are never afraid to make a splash move. Heck, they offered four first-round picks for Jimmy Butler at the start of the season. Daryl Morey and the Rockets want as much star power as possible in Houston to make a bid for a title. So, if Morey was given the chance to pair LeBron with James Harden and Chris Paul, I would have to bet he would put all his chips on the table.

For Houston, a deal to acquire LeBron James is a bit more complicated. Because of their financial situation, the Rockets would need to center a deal around Clint Capela, Eric Gordon, P.J. Tucker, and picks. This takes away most of the Rockets depth, but they could replenish that with veteran minimum contracts in free agency.

There is no doubt that a team with LeBron, James Harden, and Chris Paul would become one of the instant favorites to come out of the Western Conference. With LeBron getting further and further along in his career, he could play a little more off the ball, while deferring to James Harden to do some of the heavy carrying on offense. While the depth could be an issue come playoff time, I would have a hard time betting against a team with three MVP-caliber players on their side.

The chances of a LeBron James trade happening are as good as the chances of the New York Knicks winning a title this year. It isn’t happening. I find it hard to believe that the Lakers would sign LeBron last summer, then turn and trade him one year later. This would lead to future drama when recruiting other star free agents to Los Angeles, which would make players question the Lakers’ treatment towards stars. However, it’s a fun discussion to have, and if the Lakers go full Kings mode and decide to trade LeBron, keep an eye on the Hornets, Spurs, and Rockets.