This optimistic Vladimir Guerrero Jr. projection for 2019 is absurd 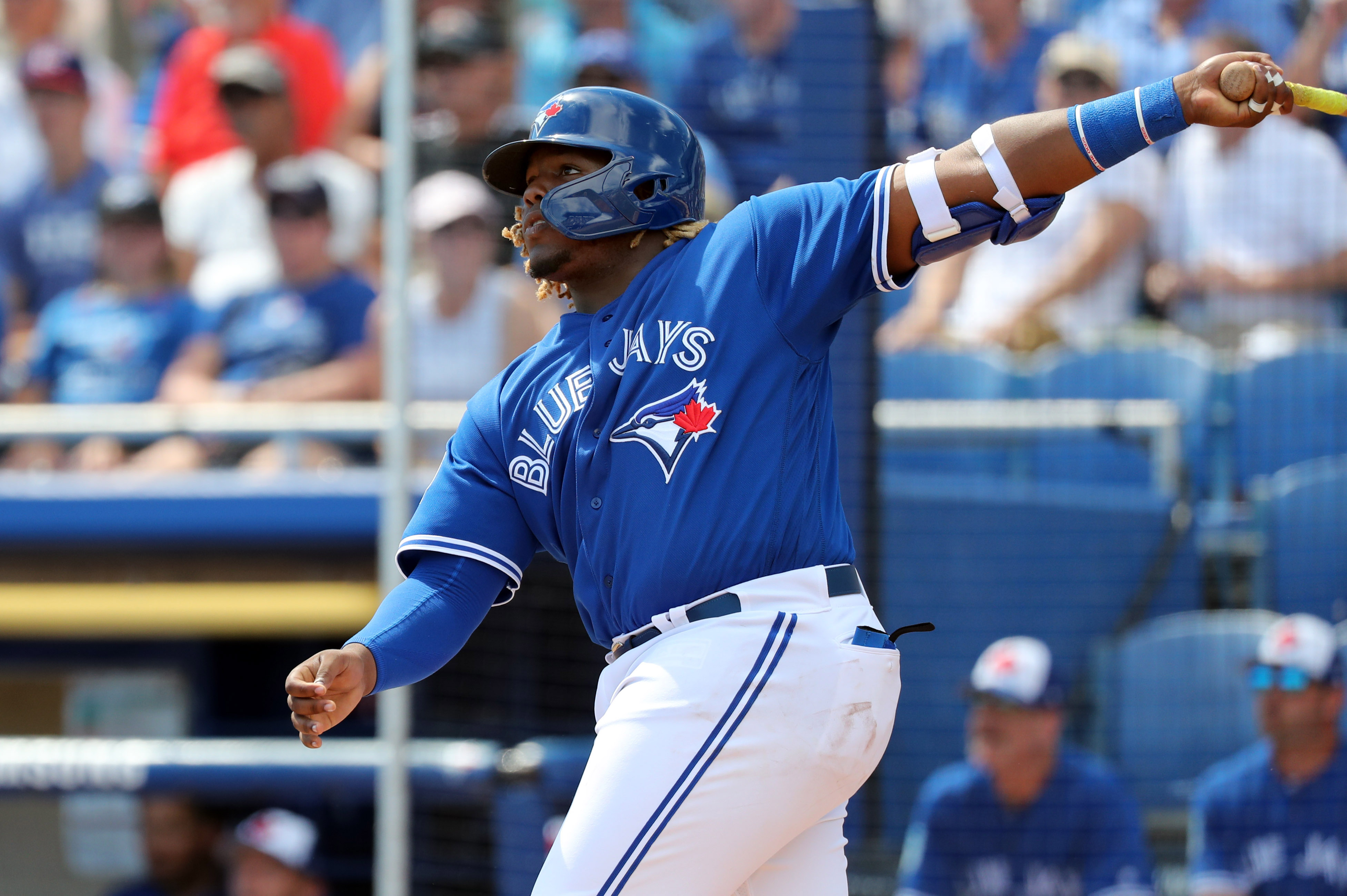 This optimistic Vladimir Guerrero Jr. projection for 2019 is absurd

Regardless of the team you root for, just about everyone in the baseball world is excited to watch Vladimir Guerrero Jr. eventually make his MLB debut at some point this season.

While a Grade 1 oblique strain will keep him on the sidelines for (hopefully) a short period of time, we may have not been blessed with Guerrero’s presence in the big leagues immediately anyways. After all, he’s one of the league’s best prospects, and just about every club does what they can to delay a top prospect’s service time and gain another year of team control.

This has happened a number of times in recent years, with guys like Kris Bryant of the Chicago Cubs and Ronald Acuña Jr. of the Atlanta Braves serving as prominent examples. Once Vlad Jr. is healthy, though, we can hope he gets the call as soon as possible because he doesn’t have much else to prove in the minors (with his bat, at least).

Guerrero has hit at every minor-league stop, but 2018 was on another level. He split time between Double-A and Triple-A, posting a 203 wRC+ in 266 plate appearances with the New Hampshire Fisher Cats and a 175 wRC+ in 128 trips to the plate with the Buffalo Bisons. But what could we possibly expect from him once he finally joins Toronto? I mean, he’s only 20 years old, so it’s important to try and temper expectations, no matter how excited we may be.

Well, some projection systems aren’t necessarily helping us in this respect. FanGraphs’ depth-chart projections have him pegged for 4.3 fWAR, while Rob Silver of Baseball Prospectus makes the below observation.

It’s one of the craziest projections I’ve ever seen written down.

Obviously this shouldn’t come without caveats — Silver is pretty clear that this is Vlad Jr.’s 90th percentile PECOTA projection, meaning this is on the high end of Guerrero’s possible range of outcomes. There’s no real comparison to Ichiro Suzuki or Ted Williams, either — they’re just a point of reference. He said himself that this is overly optimistic and PECOTA would be taking the under here (just like pretty much everyone else would…even the most optimistic fans).

The bigger takeaway is that this kind of projection is even on Guerrero’s range of outcomes as a rookie. Will he produce to that level upon reaching the majors? The smart money says no, but hey, crazier things have happened.

This is partially why everyone is so intrigued to watch him face big-league pitching on a consistent basis — especially after seeing what he just did to Double-A and Triple-A pitching. For now, we’ll have to first wait for his oblique injury to heal and then wait some more for him to finally get called up to The Show.