What should the Timberwolves do with Andrew Wiggins? 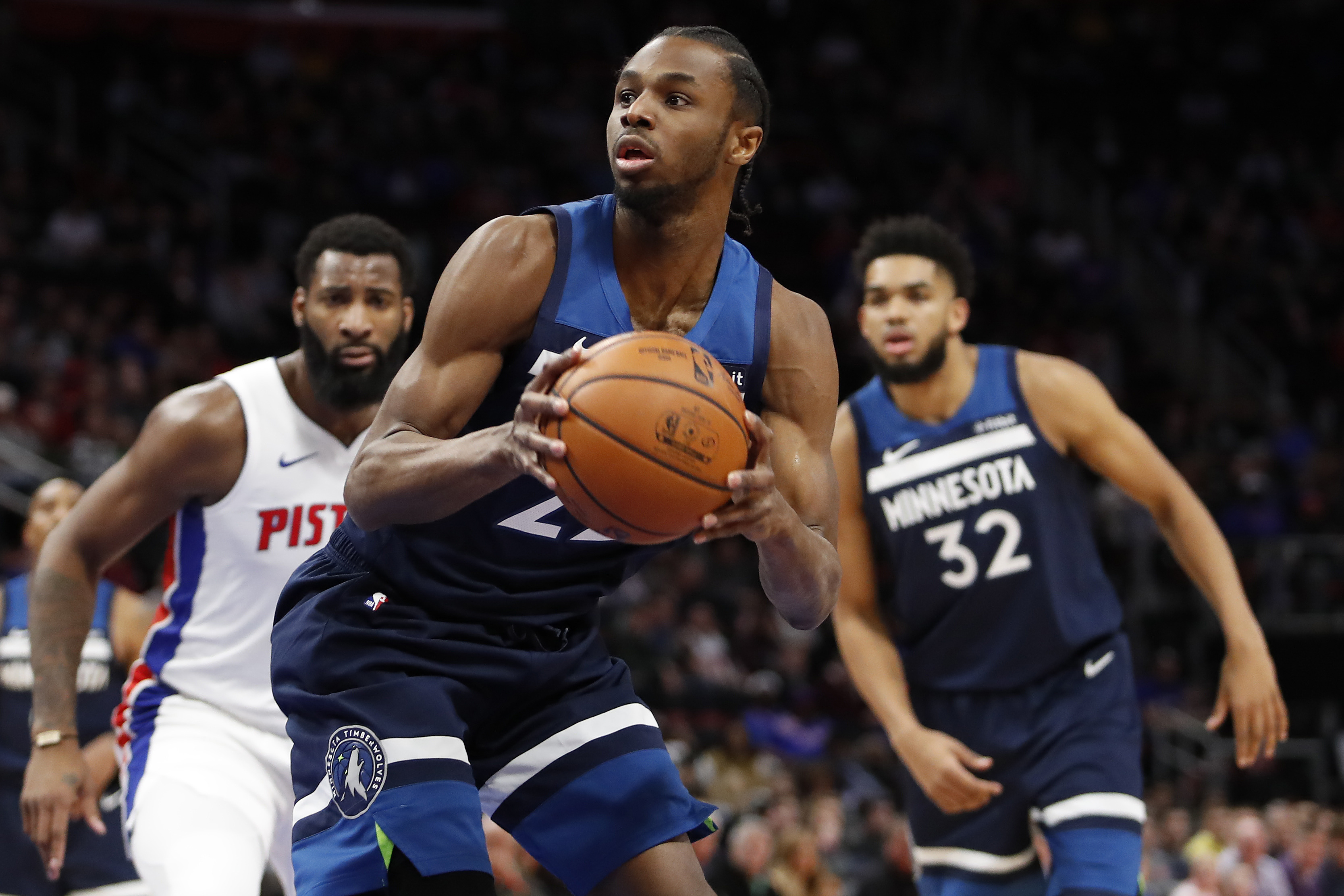 What should the Timberwolves do with Andrew Wiggins?

Looking back at the summer of 2017, it was a tough offseason for the Minnesota Timberwolves. At the time, the move to trade for Jimmy Butler looked like a good one, but just one year later, he wanted out of the land of 10,000 lakes, while Zach LaVine and Lauri Markkanen excel in Chicago. Fast forward to later in the summer, the Wolves inked Andrew Wiggins to a five-year/$147 million deal. At the time, the move made sense. Wiggins was coming off a season where he averaged 23.6 points per game on 45.2% shooting from the field and a career-high 35.6% from three. In fact, the season that Wiggins had made Wolves fans hesitant on if they would include him in a trade for Kyrie Irving, who wanted out of Cleveland at the time. Now, just under two years later, Andrew Wiggins has one of the worst contracts in the NBA. Wiggins is having one of the worst seasons ever by an NBA player. Don’t believe me? Check out this recent article from Deadspin that breaks it all down.

To briefly recap what Deadspin had to say on Wiggins, this tweet does it justice.

The only person worse than Wiggins in these categories is Knicks rookie Kevin Knox in true shooting percentage, and Russell Westbrook in shots beyond eight feet. With Andrew Wiggins having one of the worst seasons ever by an NBA player, and Karl-Anthony Towns taking leaps towards NBA stardom, what should the Timberwolves do with Andrew Wiggins?

Option One: Keep Wiggins and hope he reaches some of his potential

At this point in his career, it would be nonsense to think Wiggins could live up to his pre-draft potential. At the time Wiggins was drafted, he was seen as future top-ten player in the NBA. In fact, in his first three seasons in the NBA, Wiggins looked like a dynamic scorer that would be a huge part of Minnesota’s future. Now, Minnesota fans can only hope Wiggins doesn’t turn into a net minus when he’s on the court. In last night’s game against the Houston Rockets, Wiggins was a team worst -29, while his bench replacements in Cameron Reynolds and Keita Bates-Diop were both net positives. Wiggins looked disinterested in the game, with little to no effort on both sides of the ball, something that has became a norm over the last couple months. His offensive rating since the month of January is under 100, while his usage rate has been over 23%. The chances are there, but the production is lacking.

Giving all of his struggles this season, including shooting, defense, and effort, Andrew Wiggins is still only 24 years old. I know every Wolves fan is getting sick of the age excuse for Wiggins, but if the Wolves decide to keep Wiggins this summer, it will be in part because of the money they are paying him, and the hope that he can still develop into a serviceable NBA starter.

This option isn’t the way I would go if I were the Wolves. Andrew Wiggins has now played for four coaches in the NBA, and he hasn’t shown a will and want to compete at a high level every night. Now, would some stability at the head coaching position help Wiggins develop? Absolutely, but it doesn’t give him an excuse for not playing hard every night.

This summer, if I were in charge of the Timberwolves, I would keep all my options open and heavily consider trading Andrew Wiggins. Given where Wiggins is in his career, trading him will also likely cost the Timberwolves another asset, a first-round pick or Josh Okogie. No smart NBA team would trade for Andrew Wiggins and his contract without getting a sweetner in return. Well, maybe the Kings would, but teams can’t always count on the Kings to bail them out. So, is it worth it for the Wolves to trade an asset, along with Wiggins to get off his contract? In my view, it’s something the Wolves need to do. If Wiggins is going to reach his full potential, it doesn’t look like it’s going to be in Minnesota. There are probably still a few teams like might take a chance on Wiggins, if they get an asset along with Wiggins. If the Wolves don’t move Wiggins this offseason, and he has another down season next year, they will likely be out of options. They need to make this move while there still might be a taker or two for Wiggins’ potential.

Trading Wiggins won’t net the Wolves much of a return, aside from future cap relief and potentially a veteran bench presence on an expiring contract. But, the Timberwolves need to take a two-to-three year approach to this summer that will find the best way to surround Karl-Anthony Towns with solid players. Towns is playing the best basketball of his career, and if the Wolves don’t take this summer seriously, they risk Towns becoming disgruntled and then the Wolves are back at square one again.