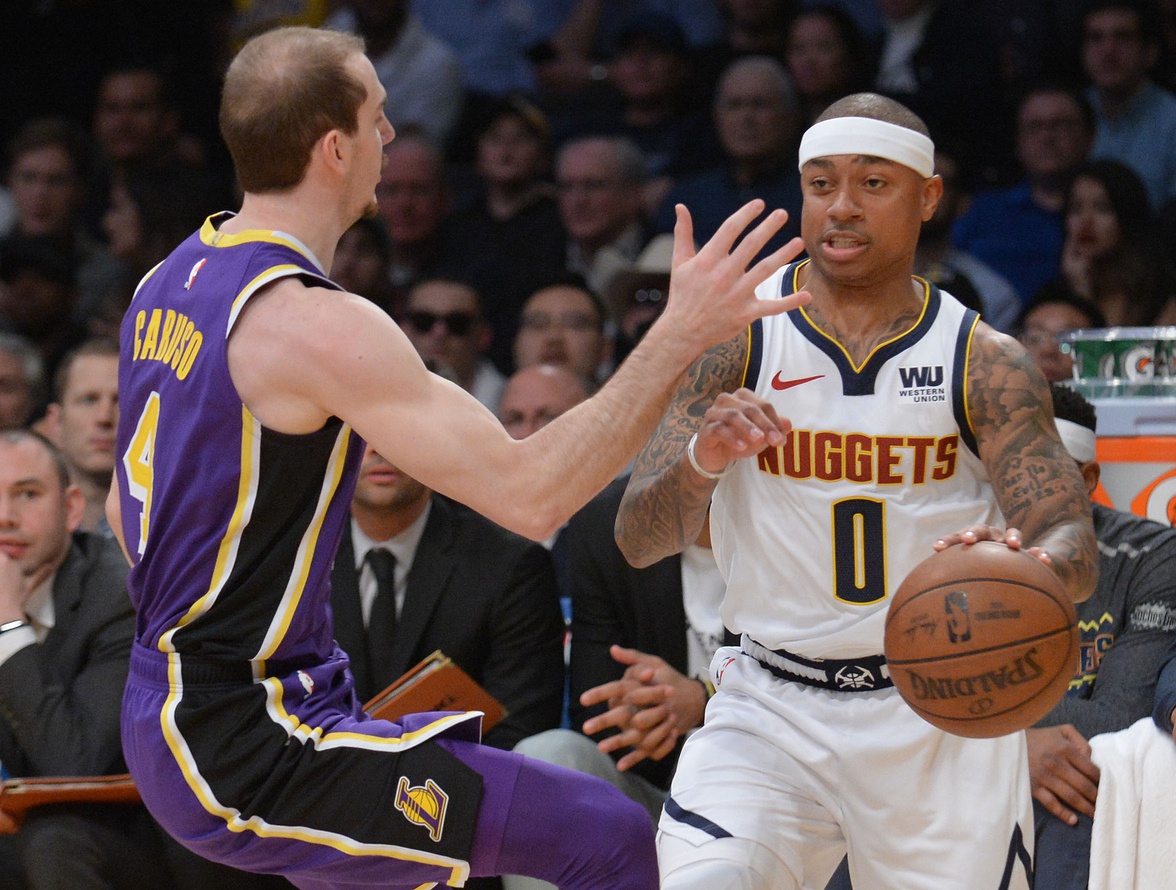 Isaiah Thomas and the Denver Nuggets arrived in Boston over the weekend and wouldn’t you know it… IT sought out and *played* in pick-up games at (my alma mater) Emerson College.

Thomas – who returned to action in February  – has recently fallen out of the Nuggets regular rotation:

“It’s tough, but all I ask for is an opportunity,” Thomas said. “I know once I do get the opportunity I’ll be able to do the best I always have. I’ve just got to be patient though and wait for my turn. Whatever this team needs me to do, that’s what I’m here to do. I just would love to show people I’m healthy, because I think that was the biggest question out of all things: Is he healthy?”

Malone might realize the significance of Thomas’s Boston return on Monday, or he might just move forward with business as usual. Thomas said he had not spoken with Malone about playing Monday, and that he would not bring it up.

“I know [the atmosphere] is probably going to be crazy,” Thomas said. “The fans are going to want to see me play. I’ve always been a guy like, ‘I’m going to show the people what they want.’ But at the end of the day, it’s Coach’s call. But if he calls my name, I’ll be more than ready.”

I’m expecting some sort of video tribute tonight for Thomas. He deserves it. His 53-point effort vs Washington in last year’s playoffs remains the greatest performance I’ve witnessed live.

With Anthony Davis on the market and Kyrie Irving’s free-agency, the Celtics offseason will be absolute madness.

But I think once the dust settles, Danny Ainge should (and probably will) consider bringing Thomas back to Boston on a short term deal as a bench scorer.

Boston Celtics wing Gordon Hayward is doubtful for Monday’s game against the Denver Nuggets after entering the NBA’s concussion protocol, according to the team.

Hayward collided with John Collins coming around a screen in Saturday’s win over the Atlanta Hawks. His head bounced hard of Collins’ shoulder, and he was immediately removed from the game after just one minute of action. Hayward looked groggy coming off the floor, and Brad Stevens described him as “woozy” in his post-game comments.

The Celtics diagnosed Hayward with a neck strain and sat him for the rest of the game, before announcing the concussion protocol on Sunday afternoon.

Despite the Celtics labeling the injury a neck strain, I think most fans knew Hayward was going into concussion protocol. It looked bad and we’ve come to expect sh-t luck for Gordo.

The injury comes at a rough time. The Celtics have some tough games this week (Den and Philly) as they pursue the 4th seed and home court in the opening round.

And finally, LeBron James gets stuffed in New York.