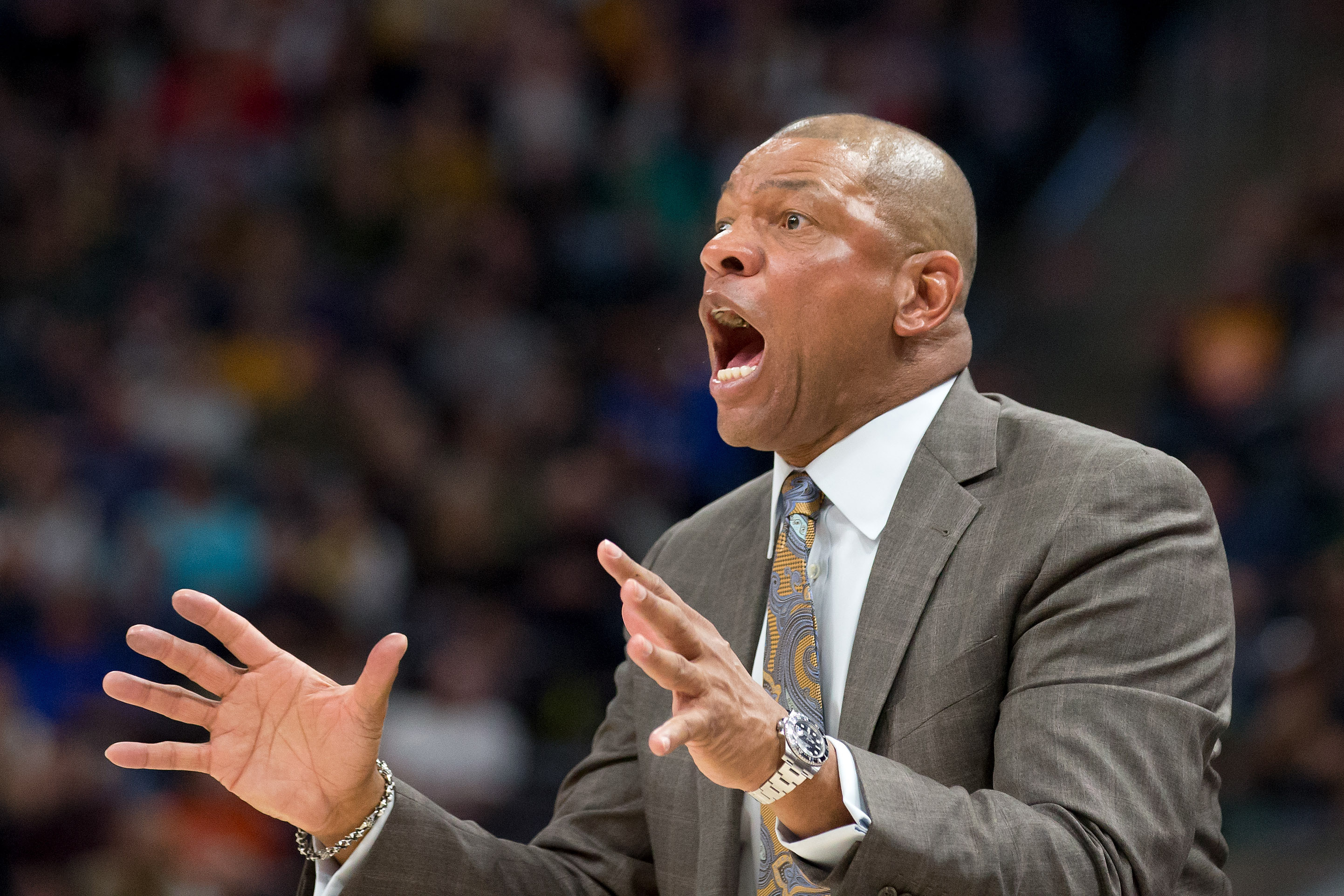 It’s no secret that the Lakers will be parting ways with head coach Luke Walton at season’s end, if not sooner.

Walton’s record since taking the job is 92-142, and that’s not going to cut it in the NBA. Not only that, it was made clear that LeBron James wasn’t a fan of his from the get-go. As such, Walton will be out, and the Lakers will need to find a replacement for him.

That’s why there’s been a lot of talk about the team attempting to recruit Clippers coach Doc Rivers to fill the void. Rivers, after all, is already in the Los Angeles area, and is friends with Lakers president Magic Johnson. Not only that, he’s also won a title (with the Celtics). He’s a players’ coach, but also has a very successful resume. And he seems like the perfect candidate to come clean up the mess from this undisciplined Lakers team.

But it appears the rumors are, exactly that, as Rivers addressed the topic on Tuesday, and he’s not going anywhere.

Doc Rivers: "Let me end this. Magic Johnson & I are very close friends…but Steve Ballmer and I have a great relationship. He gave me an out, where I could opt-out this summer…early this year, let's end this thing, extend, make it a longer deal. I'm here. My job is not done."

And while Rivers did initially have an opt-out clause in his contract, which had helped spark the rumors, he revealed that he had it removed, and replaced with a long-term extension.

Steve Ballmer and Doc Rivers did a short extension over the summer that allowed both sides a chance to escape deal in 2019. As Rivers told reporters, that's been replaced with a longer-term deal. For Rivers, Lakers were never a consideration. He wanted to crush that talk today.

If interested, here’s Rivers’ full statement on the speculation.

Sorry, Lakers fans, as Doc will be in LA, but won’t be coaching your team in the future. The Lakers will have to search elsewhere, with Tyronn Lue, Jason Kidd and Mark Jackson as potential candidates.