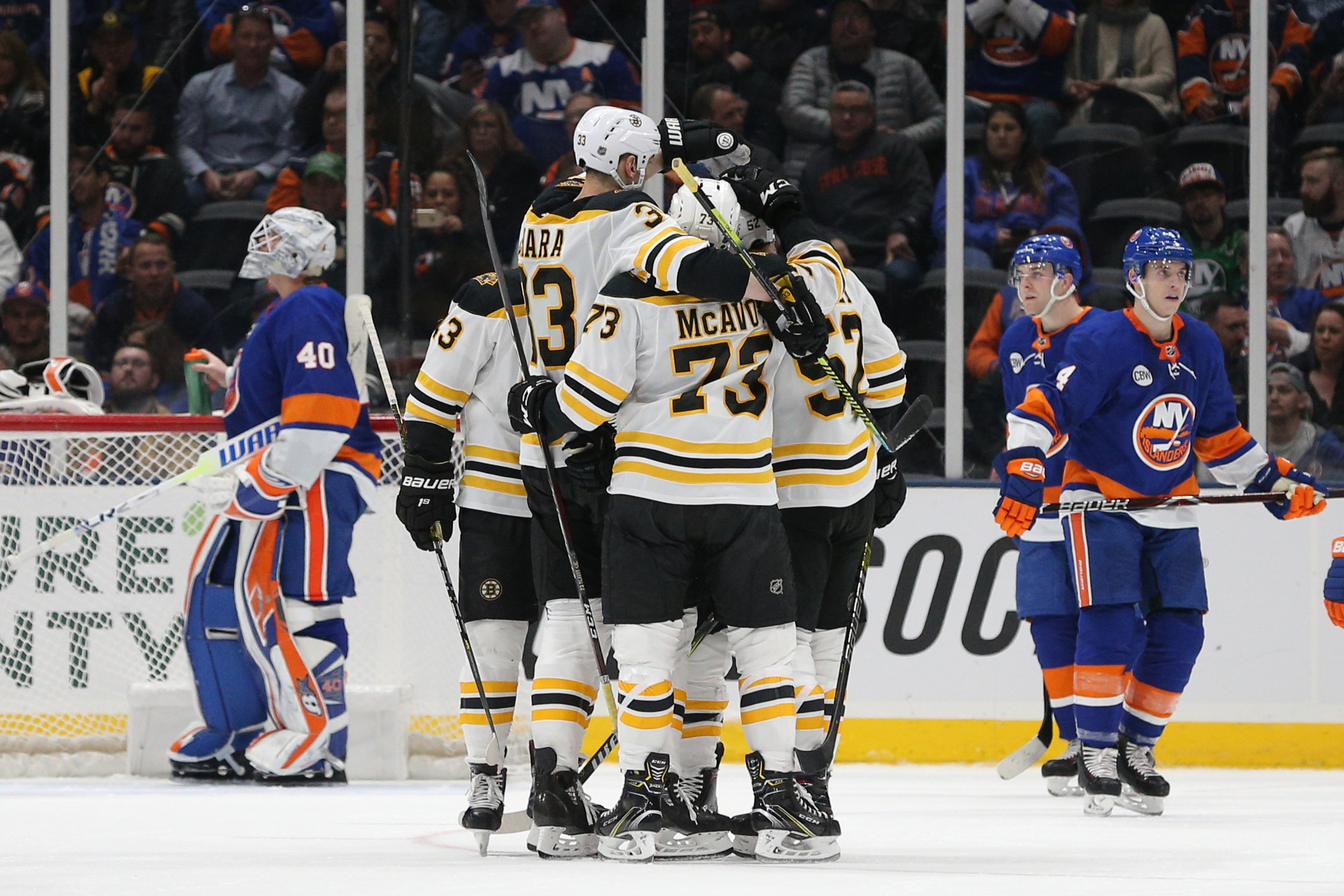 UNIONDALE, N.Y. — As Matt Martin addressed reporters on the other end of the locker room, Robin Lehner sat at his stall and sighed. Further down the room, Leo Komarov had sat with his arms crossed gazing off into the distance.

The two symbolized the mood in the Islanders room after Tuesday’s ugly 5-0 loss to the Boston Bruins. In one of their worst losses of the season, the Islanders were outshot and outplayed for the better part of the 60-minute contest.

The Islanders were held to just 13 shots in the game, and the Bruins limited New York’s shots on goal to only two in the first period.

“It was probably one of our worst periods of the year in our building,” Martin said. “All in all just a frustrating night from start to finish. It just wasn’t our best and we have an opportunity to get back on track in the next one.”

Up until Tuesday night, the Islanders hadn’t been held scoreless in regulation since a 5-0 loss to the New York Rangers on Nov. 21. But the loss on Tuesday night was reminiscent of listless performances of years past, and not the effort the Islanders have been known to give this season.

The loss was the Islanders second in their last five games.

“They played a playoff-type game tonight,” Anders Lee said about Boston’s performance. “They were heavy, they were strong and we were making mistakes from the start. Fumbling here and there with the puck and they capitalized on those opportunities. You’re going to have nights like that, but we were in that and we were fine.

“It didn’t matter how bad we were playing. It was a one-goal game, so we had an opportunity to get back in it and we just didn’t.”

Tuesday’s loss was a costly one for the Islanders, who had entered the game tied for the Metropolitan Division lead with the Washington Capitals. The defeat at the hands of the Bruins coupled with the Caps 4-1 win over the New Jersey Devils slid the Islanders down to second place.

The Islanders also lost a pair of key players in Valtteri Filppula and Cal Clutterbuck. Filppula left the game in the first period after taking hit near the end boards and Clutterbuck headed to the locker room in the middle of the second period.

There was no update on either player’s condition from head coach Barry Trotz after the game.

“Hopefully it’s just a nightly thing or day to day,” Lee said. “Hopefully those guys will be back with us as soon as possible.”

A turnover by Nick Leddy led to the Bruins’ opening goal 1:12 into the game. After Long Island native Charlie McAvoy cut off the clearing attempt, he slid the puck to Sean Kuraly, who put Boston up 1-0.

Noel Acciari took advantage of a bad turnover by Clutterbuck at 2:52 of the second period to put the Bruins up by two. Kuraly scored his second of the night from the slot off a pass from behind the net from Danton Heinen.

Patrice Bergeron put the Bruins up by four just under seven minutes into the third period and Jake DeBrusk made it a 5-0 game off a breakaway.

Robin Lehner made 34 saves in his first start in net since returning from an injury he suffered on Mar. 5 against Ottawa.

Still, Lehner insisted it wasn’t the matchup that’s been the problem when his squad faces the Bruins.

“Today wasn’t a good game,” Lehner said. “We didn’t have a good game today. I think the other two games we played against them I think it’s nothing about the matchup.”