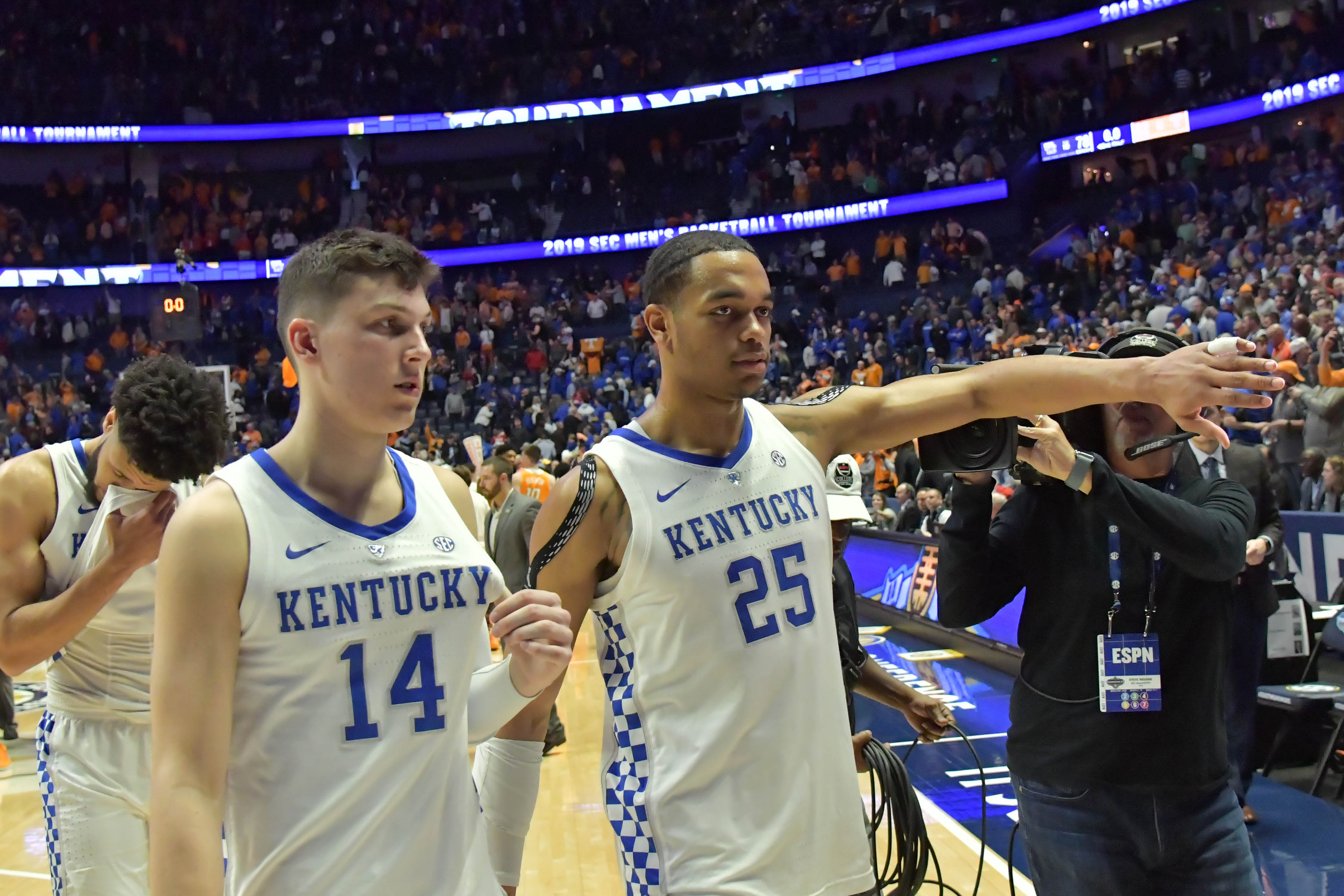 Kentucky fans got a bit nervous upon hearing that the team’s biggest star, PJ Washington, has been dealing with some sort of undisclosed injury.

It was reported on Tuesday that Washington is currently in a walking boot, “for precautionary reasons.”

It’s still unclear exactly what type of injury Washington is dealing with — given the boot, we can assume it’s something related to his foot — but his father did say they’d be providing an update from Jacksonville on Wednesday.

The No. 2-seeded Wildcats will square off against No. 15 Abilene Christian on Thursday, in a game they should win fairly easily, but it will be interesting to see how mobile Washington is, as he’s their leader on both ends of the floor.