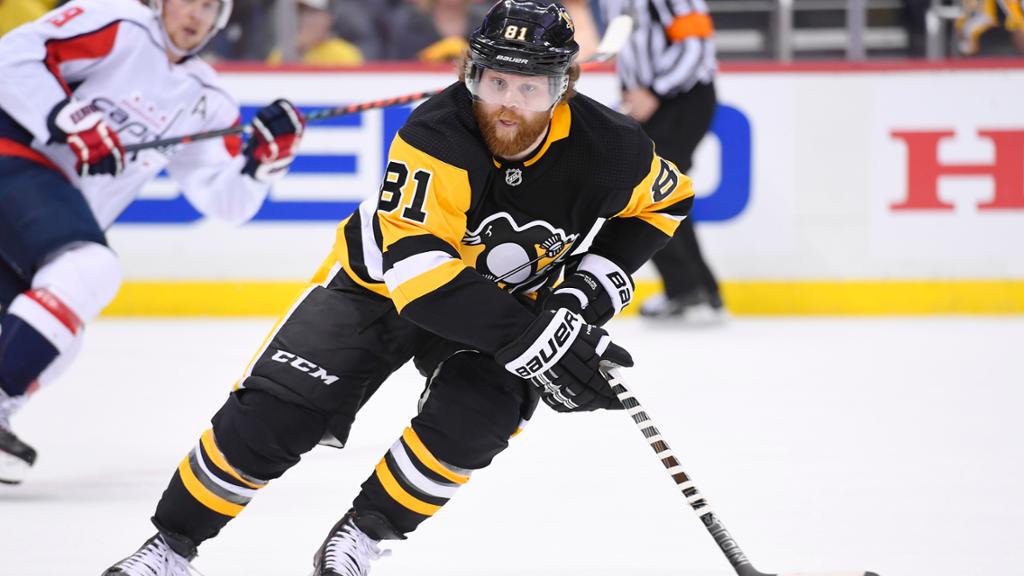 This is a great day for hockey. A historical wrong is righted.

On behalf of the Penguins’ community, Phil Kessel did what we all wanted to do: destroy every last shred of Craig Adams’ existence as a Pittsburgh Penguin.

When Kessel stepped onto the ice for his first shift at PNC Arena for tonight’s Very Important Game at Carolina, he skated in his 320th straight regular season contest as a Penguin and became the team’s all-time leader in consecutive games played, breaking a tie with Adams.

Thank you, Phil. There never should have been any hockey record of significance that featured Craig Adams at the top.

(Thanks to Katie @dameofscones for the awesome “320” graphic)

Record-setting consecutive games played streaks are funny things. Giving them recognition is akin to handing out an employee perfect-attendance award: nice, but meaningless without context.

If it’s earned by the workplace rat, the guy who happens to be blessed with good health, and earns the boss’ favor merely because he shows up every day with a gritty, determined look on his face but contributes less than nothing, then that perfect-attendance award means less than feces.

Ray Shero signing Adams to three two-year contracts was inexplicable. Shero seemed to ignore that there was probably a good reason then-Chicago GM Dale Tallon released the 31-year old weeks before his deal expired in 2009. The good reason was that Adams sucked.

Most Pittsburgh fans tore their clothes in indignation watching Dan Bylsma write Adams’ name on the lineup card by default for four straight seasons. Mike Johnston did the same until the hockey gods had mercy on us. Christmas came early in 2014.

Coach Johnston: “Craig Adams won’t play tonight. He’s had an injury. Unfortunately, he will be out of the lineup."

How bad was Adams?

Sometimes crowd-sourced opinions aren’t always bad. There is a hilarious thread from two years ago on HFBoards entitled, “How the hell did Craig Adams play 951 games in the NHL?“

Some commenters rightly described Adams as “garbage”, “useless” and “complete liability”. Simple stats back them up. Adams finished dead-last or second-last in five of his six full seasons among the Pens’ forward corps in relative Corsi. Apologists will immediately blurt out, “Well that’s because as a fourth-liner, he probably drew tough defensive zone starts.”

Let’s compare him with his fellow grunts. For the few Adams defenders who cite his supposed proficiency on the penalty kill, Adams was still the worst or second-worst in relative Corsi in three of his seasons wearing black and gold among primary Pittsburgh penalty killers. This reminds me of the axiom that fans who blithely state a player is “good on the penalty kill”, actually mean “he plays on the penalty kill” without really knowing whether or not said player is good or bad.

As for the supposed respect and leadership he commanded?

I thought Harvard was a good school that turned out educated, critical thinkers. Or did Adams fake his way in through a Loughlin-Huffman scholarship? Say you disagree with something Malkin did or failed to do in practice. There are several ways to resolve the issue peacefully but imagine being a hack like Adams and believing it’s acceptable to physically go after your own superstar teammate. This stupidity is right up there with that time loser Jonathan Papelbon went at the throat of Bryce Harper.

There is not much else to add about how much of a giant gold ingot Phil Kessel is to Pittsburgh sports. We laugh at his three sentence biography “Nice guy, tries hard, loves the game.” … Seriously though, is there a single one of those words that isn’t true?

In Toronto, where Kessel played (and starred) for most of his 13-year NHL career, the typically unintelligent media orchestrated a six-season smear campaign to disparage him relentlessly. Coach killer. Not a nice guy. Doesn’t try hard. Doesn’t love the game, they brayed. However, by any measure, Kessel was the best Maple Leaf during a very dark time in their history. When he was traded to Pittsburgh, Kessel had already accumulated 446 consecutive games played in Toronto, just 40 shy of the Leafs’ franchise record.

His durability continued in Pittsburgh, but more importantly, so did his excellence at putting the puck in the net along with his underrated playmaking. During four seasons as a Penguin he leads the club in power play points and was the top playoff goal scorer in the entire league during the back-to-back Cup years. He set a career high in points last year, finishing eighth in the NHL and despite a supposed “down” year this season, is still clicking at a point-per-game. This is a player who while going through long slumps and occasionally clashing with teammates and coaches, has more than merited a permanent spot in the lineup.

Tonight, we celebrate his longevity. Though he had some near-misses – hand surgery following the 2016 championship and a hand injury that almost cost him some games at the end of last season, the Kessel streak(s) continue.