Is there a QB-RB duo out there better than Lamar Jackson and Mark Ingram? 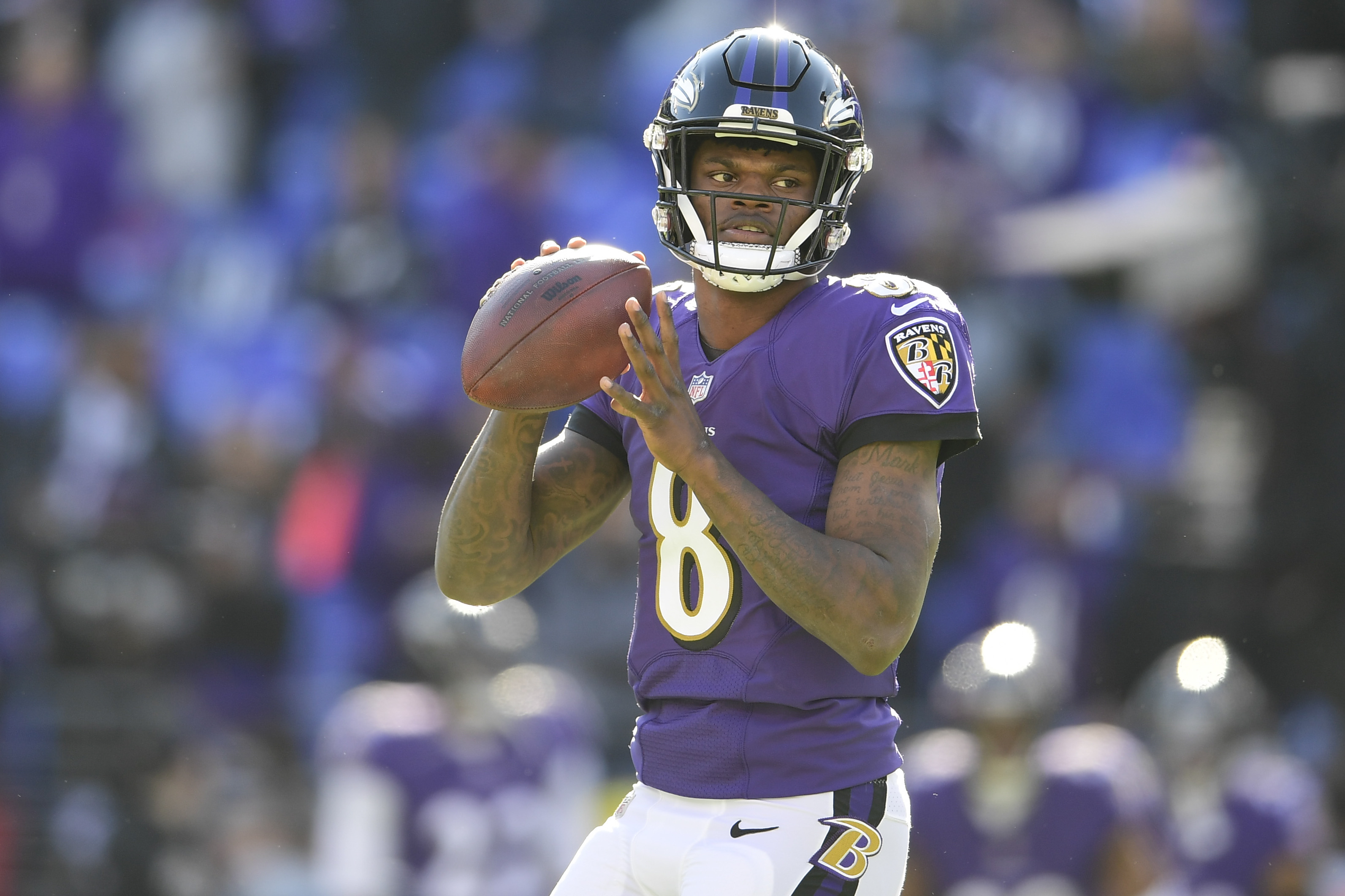 Is there a QB-RB duo out there better than Lamar Jackson and Mark Ingram?

Is Lamar Jackson and Mark Ingram set to be the best quarterback-running back duo in the game?

The “name a better duo, I’ll wait” trend continues on in the NFL. This time, the NFL account on Twitter decided to take new Baltimore Ravens’ running back Mark Ingram’s quotes, and make it into an entire situation where they tried to make everybody believe that maybe Lamar Jackson and Ingram are the best quarterback and running back duo in the game.

Now, I’ll be honest here – I’m not exactly sure what they meant by that. Do they mean Jackson and Ingram in a backfield are straight up a dangerous duo overall in football? Or do they mean strictly in the run game? Considering that Jackson is a mobile quarterback, and arguably the fastest passer in the league, we could see where they got the idea of Ingram and himself being a dangerous duo from.

However, it’s hard to see it strictly that way. This all came based off of Ingram’s quotes about their upcoming season where he said he believes the Ravens will “change the game.” In this case, we’ll just assume that Ingram is talking about their duo as a potential run-threat, and how dangerous they are. For those curious, here’s Ingram’s full quote:

Jackson-Ingram to ‘change the game’

The NFL Twitter account challenged us to name a better duo. Naturally, I accepted. So after looking over the other QB-RB in the league, here are the duo’s that I personally believe are better. I’ll try to keep stats out of it since Ingram and Jackson haven’t played together. So basically, we will go off of who poses a bigger threat right now. Let’s get to it.

Josh Allen is in a similar situation as Lamar Jackson. Both are headed into their second season as former first-round picks. Both are also not proven passers in this league, so they use their legs to run a lot. Surprisingly, Josh Allen established himself as a run-threat last season. As for LeSean McCoy, he may be getting older, but if he can stay healthy, he’s still dangerous. I’d take McCoy’s dual-threat over Ingram’s power running all day.

Cam Newton isn’t as fast as Jackson, but he’s a lot harder to take down. As for Christian McCaffery, he had an excellent Sophomore season in 2018. At first, he was viewed as a potential candidate to have to switch positions because “he can’t run up the middle.” Well, he proved all of us wrong last season. I’d be more worried about Newton and McCaffery over Jackson-Ingram.

Baker Mayfield isn’t known as a fast guy, and we found that out years ago when he was trying to escape from police while at Oklahoma. Just because he’s not fast though doesn’t mean he won’t scramble. Since Mayfield is a major threat in the passing game, defenses are falling back and giving him open lanes to run, which he will take the chance in doing so if he has to. As for Nick Chubb, he’s proven to be one of the better rookie running backs in a stacked class. Plus, Kareem Hunt will be back in the mix at some point too.

Dak Prescott is not a great passer, and he’s not the fastest guy on the field. But since Ezekiel Elliott is one of the most dangerous playmakers in football, defenses take their attention off Dak, and he makes them pay for it. You can guess when Dallas is going to run the read-option almost every time and it still won’t help anybody stop it.

Sorry, Mark. But your former team is still going to do just fine without you. Drew Brees is 40-years-old, but he will still run the rock if he has to. Fortunately, the Saints offensive line keep him protected enough to throw, but he’s proven that he will do whatever it takes to move the ball. As for Alvin Kamara, he’s one of the most dangerous running backs in the game. And yes, he’s better than Mark Ingram.

The Seattle Seahawks can never figure out who they want to feature out of their backfield. It’s a different guy every season, and sometimes every week. Last year, there was a lot of Chris Carson, but they still have Rashaad Penny in the tuck. Regardless though, Russell Wilson is one of the best playmakers in the game thanks to his mobility. I’d take Wilson and any scrub that Seattle throws back there over Jackson-Ingram.

I truly believe that Marcus Mariota and Derrick Henry are a sub-par duo, who continue to get passes for their average play. I don’t understand it, but that’s just the way it is. Regardless of what I believe though, I do think that they have the potential to be better than Jackson and Ingram. If anything, this is the most comparable situation to Jackson-Ingram. An average-to-below average mobile passer, who is handing the ball off to a power back. Quite the similar situation here.