Vontaze Burfict could be teammates with Antonio Brown soon 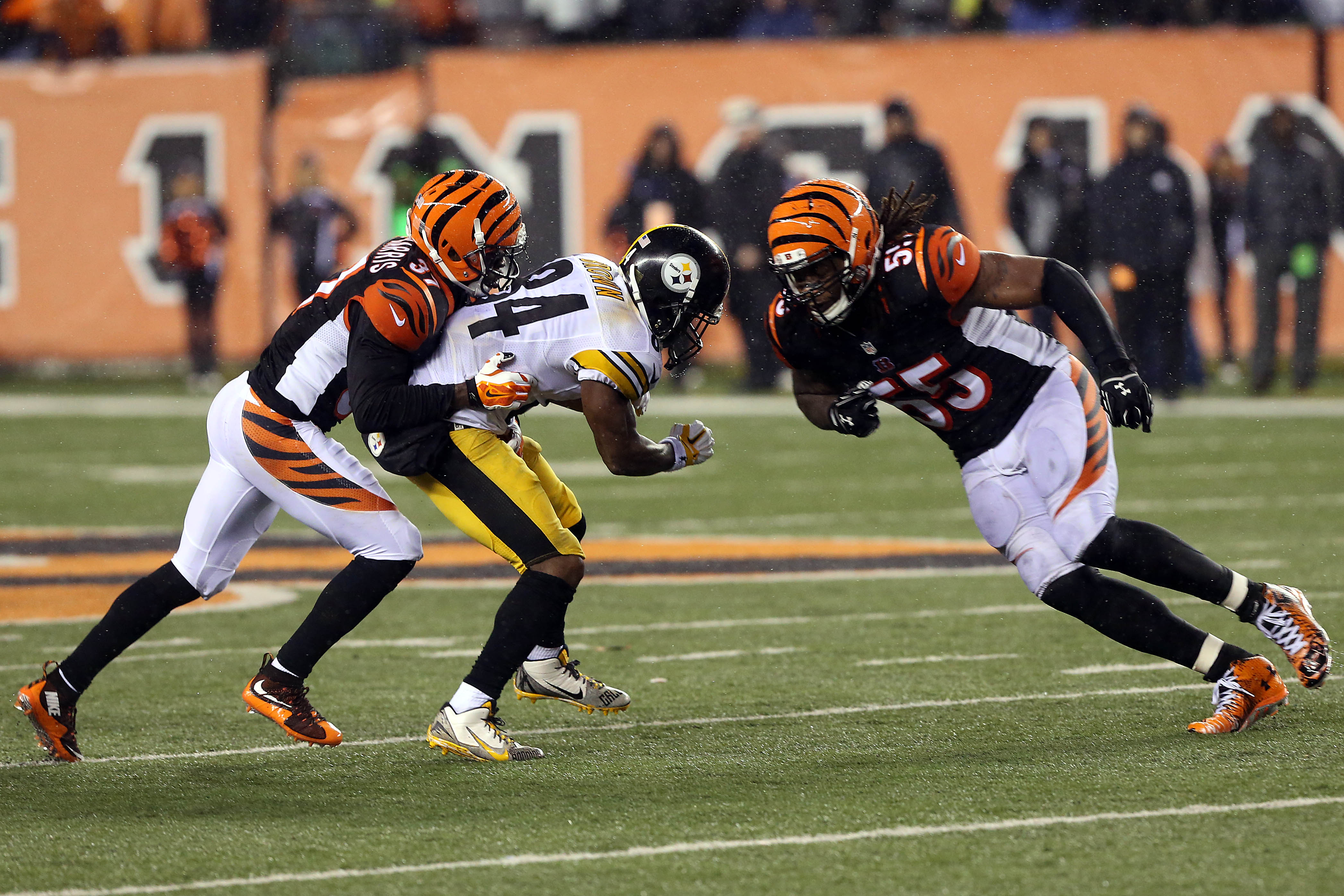 Vontaze Burfict could be teammates with Antonio Brown soon

Remember that vicious rivalry between Cincinnati Bengals’ linebacker Vontaze Burfict and Pittsburgh Steelers wide receivers? Well, that all started because of a dirty hit that Burfict left on Antonio Brown in the playoffs. Now imagine if Burfict and Brown had to team up for season…

Can you picture that? Well, you might not need to just imagine it soon because it could realistically happen. As always, Jon Gruden is out in Oakland hosting every and anybody who is a big name hitting the Free Agency market. It doesn’t matter if your best days are behind you or not, Gruden will give you a chance if you were once a solid player in the NFL.

Burfict is the next player to get the Raiders treatment, and somehow Gruden doesn’t see a conflict of interest there. Now, this doesn’t mean that Burfict will sign with the Raiders just yet but considering his injury and suspension history, it doesn’t sound like that many teams are very interested in Burfict. So if the Raiders make an offer on Tuesday, there’s a good chance Burfict signs in Oakland.

Could Burfict and Brown get along?

That didn’t take long: Vontaze Burfict is on his way to visit the #Raiders, sources tell me and @RapSheet. #Bengals cut the veteran LB yesterday and his old DC, Paul Guenther, is in Oakland.

The Bengals-Steelers rivalry has been one of the more entertaining battles in the NFL over the years. Primarily because Burfict’s dirty ways kept everybody in Pittsburgh angry. With both, Burfict and Brown out of their old situations though, that may not be the matchup that everybody is paying attention to.

Instead, it will be interesting to pay attention to the Oakland Raiders as a whole. I’m not sure how Burfict and Brown feel about each other in today’s day and age, but it would be fascinating to see them have to at least pretend to get along. Luckily, they play on different sides of the ball. But it’s more than likely that they would be smack-talking each other in practice. If Burfict signs, that could be a very interesting situation to keep our eyes on throughout the summer.