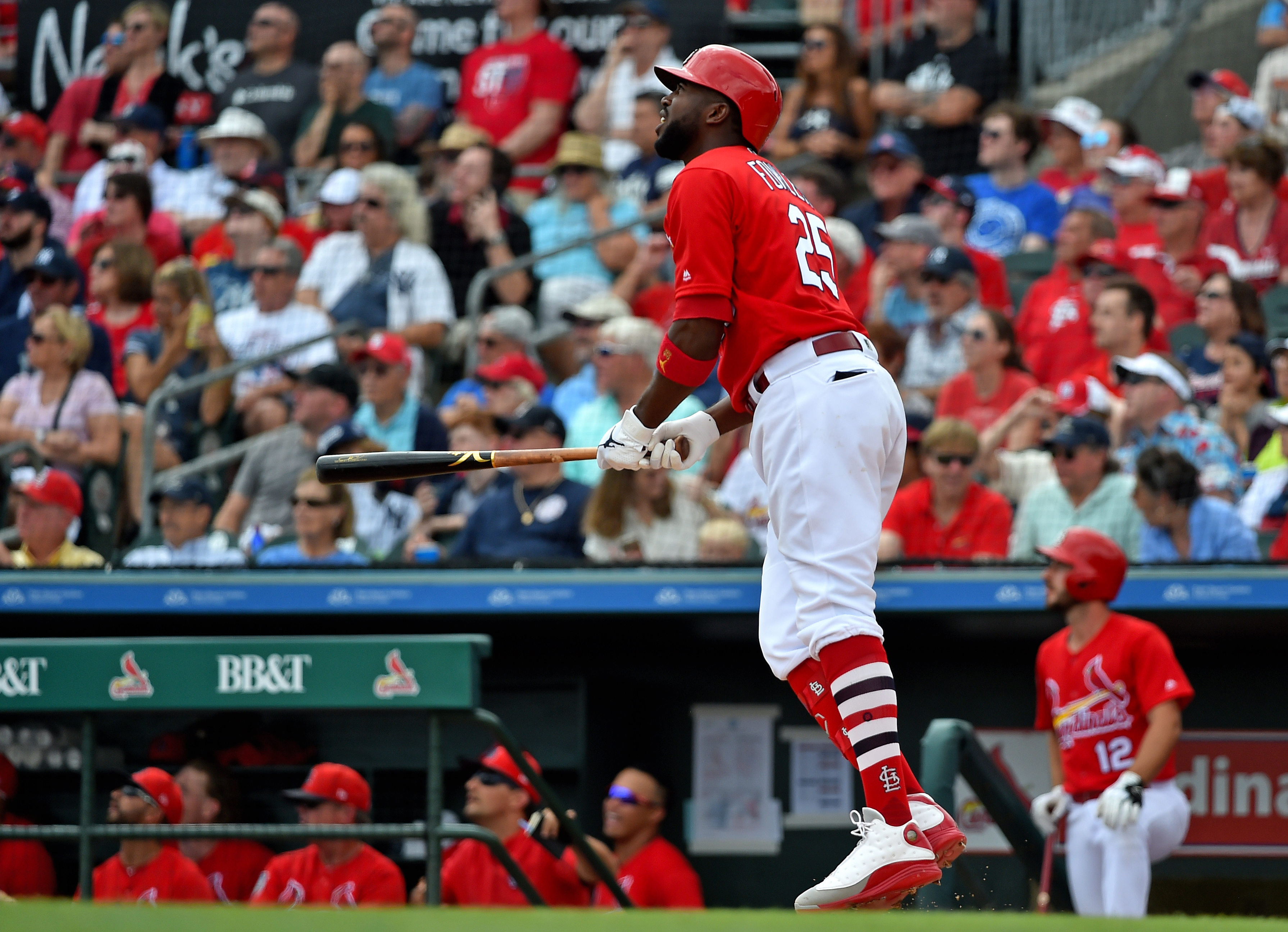 It’s no secret that the Cardinals offense has been sluggish during Grapefruit league play. This was highlighted by the Marlins no-hitting them through 8 innings on Sunday and then shutting them out on Wednesday.

There is angst over individual players and team results alike.

Personally, I’m not too concerned. But that’s just me. I completely understand why others are and the numbers back them up. We would all like to see the team hit the ground running — as in, running across home plate many, many times — at Roger Dean Chevrolet Stadium. They just haven’t.

The stadium is part of the issue. Roger Dean is a notoriously tough place to hit. If you keep tabs on the minor leagues, you have probably heard about how pitcher friendly the Florida State League (High-A) is. Roger Dean is the home stadium for the Cardinals’ FSL affiliate, it is part of that tough-to-hit-in league.

Next is that Florida in Spring, in general, isn’t a great place to hit. You can see this through a quick glance at the leader boards. 7 of the bottom 10 teams this Spring in terms of OPS reside in Florida.

Unfortunately, the Cardinals rank dead last, 30th, in that category. If it makes you feel better, the defending World Series champion Red Sox are ranked 29th.

So, to perhaps ease the concerns of other — as well as to prevent myself from getting concerned — I dug into the numbers to look for a correlation between Spring Training and Regular Season offense for the Cardinals, historically.

Originally, I was going to go 25 years in the past, into the mid-90’s. That would give a big sample and include a number of bad overall seasons for the team. Unfortunately, MLB.com only has Spring Training stats available back to 2006. Fangraphs and Baseball-Reference — my go-to’s — don’t have ST at all. So I just settled at a 13 year sample. That’s plenty.

I looked at 2 numbers, Runs and OPS. The two are closely related, In Spring, 9/13 times the Cardinals NL rank in Runs was within 2 spots of OPS. 12 out of 13 times, the same thing happened in the Regular Season.

Here is the spreadsheet that shows all the figures and how much of leap the team took in the NL during the games that mattered.

So here’s what we see:

Over the vast majority of the last 13 Springs, they have been in the bottom third of the NL offensively.

They have ranked 7th or higher in Runs Scored and OPS, in the Regular Season, 9 and 8 times, respectively.

I could probably stop right there.

A team that is usually a bottom third offense in Spring has typically been a top half offense in the Regular Season. Additionally, poor offensive springs haven’t indicated poor Regular Season records.

But I’m not stopping there.

To analyze a little further, I wanted to see how big the jumps typically were once all the NL teams went north and no longer had the disparity of the environments in Florida and Arizona.

The most typically jump in the rankings for the Cardinals, in either category, was 4 or 5 spots. So that outcome would move the 15th ranked Cardinals up to about 10th for the regular season.

But there is a wrinkle. The Cardinals have 8 instances where they finished Spring as the worst or 2nd worst NL team in Runs or OPS. 5 of those 8 times, they would finish the Regular season 6th or higher in those same categories.

The 2012 and 2013 teams ranked 12th and 10th, respectively in Spring Runs, and wound up ranking 2nd and 1st in that category during the Regular Season.

This stuff is all over the place.

Conversely, the 2010 team ranked 3rd with an absurd .810 OPS during Spring, but dropped to 7th in the Regular Season. This is the only instance in the 13 year stretch where their Regular Season rank was not an improvement over their Spring standing.

So the final verdict is this: Offensive performance in Spring Training doesn’t have any bearing on what will happen during the Regular Season.

If there is any trend, it’s that the Cardinals always improve their standing among NL peers when the games count.

It’s a safe bet to peg the Cardinals for a 6-9th finish in OPS, a range they have fell in during 8 of the last 13 seasons. All other seasons, they finished Top 3. So there’s that.

As for the individuals.

My focus here was really on overall team offense, but here are few examples of wide Spring/Season splits for individuals.

And just to wrap this up, here are a couple examples from the 2012 Cardinals.

All in all, it is fair to be concerned. But don’t lose sleep over Spring Training numbers. The past shows that they don’t mean much.

The Cardinals just better not have a team OPS of .653 a month from now…