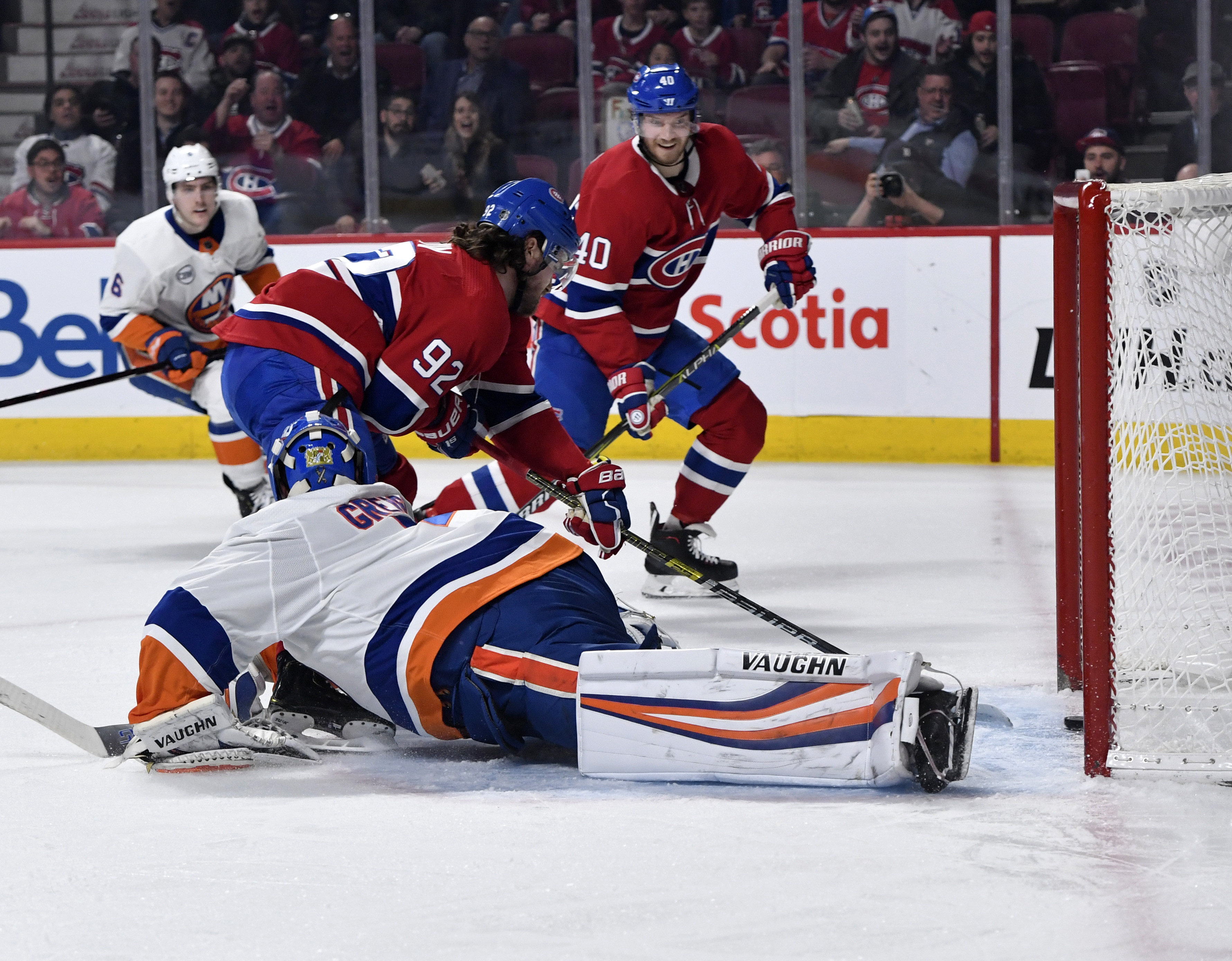 Thursday was the first time in nine years that the Islanders had been shut out in back-to-back games.

Collaborative reporting with @AGrossNewsday. #Isles haven't been shutout in back-to-back games since Nov. 19 and 21, 2011: 6-0 against Boston, 5-0 at Pittsburgh. @ehornick

The loss was another blow to the Islanders, who are now tied with the Pittsburgh Penguins for second in the Metropolitan Division. The Isles also remain three points back of the Washington Capitals for the division lead.

It was a disheartening game from an Islander team that desperately needed to shown any signs of life following their loss to Boston. The Islanders just didn’t do that on Thursday, even after Scott Mayfield took a hit up high from Andrew Shaw and left the game.

No one on the Islanders reacted or stepped up after the hit on Mayfield. Something that did not sit well with head coach Barry Trotz.

“My biggest disappointment is he gets run and all of our guys stood around. That’s not good and that will be addressed,” Trotz said after the game.

The only sign of life the Islanders did show was a big hit by Thomas Hickey on Brendan Gallagher in the third period, which resulted in the two dropping the gloves.

As the clock hit zero, so did the Islanders’ spirits. The frustration was visible on the Islanders bench as heads were lowered before the players made their way to the locker room.

“You need to find a way to be patient and battle, and right now we are not patient,” Trotz said.

After a back and forth first period, the Canadiens found the back of the net in the dying seconds. After Leo Komarov was called for a trip,  the Islanders struggled to clear the zone on the kill and Montreal forward Joel Armia scored the opening goal of the night.

The hole would get little deeper, as Shea Weber would fire a laser from the top of the circle just over a minute into the second period to put Montreal up by two.

The Islanders would muster a great scoring chance, with Jordan Eberle getting a surreal opportunity off a pass from Mathew Barzal. Carey Price made a magnificent save. The rebound led to a three-on-one going the other way, where Jonathan Drouin was able to slide the puck around a sprawling Thomas Greiss at the six-minute mark of the period.

The Canadiens would get another one just over two minutes later to extend their lead to four.  Jordan Weal was able to get the goal off a deflection at the top of the left circle.

The inability to close down lanes and push players to the outside has proven costly for the Islanders, who have given up nine consecutive goals without scoring one of their own. Greiss was pulled in the second period after making 18 saves.

Players tapped the pads of Greiss as he left the ice as Robin Lehner came on in relief. The often calm goaltender made his frustration obvious by slamming his stick in front of the Islanders bench.

“The biggest thing is we stick together,” Anders Lee said. “Find a way to rally and figure this out. For me and for the leaders in this group and the veteran guys, it’s getting these guys ready to go on a nightly basis. Tonight (we) didn’t do a good enough job of that.”