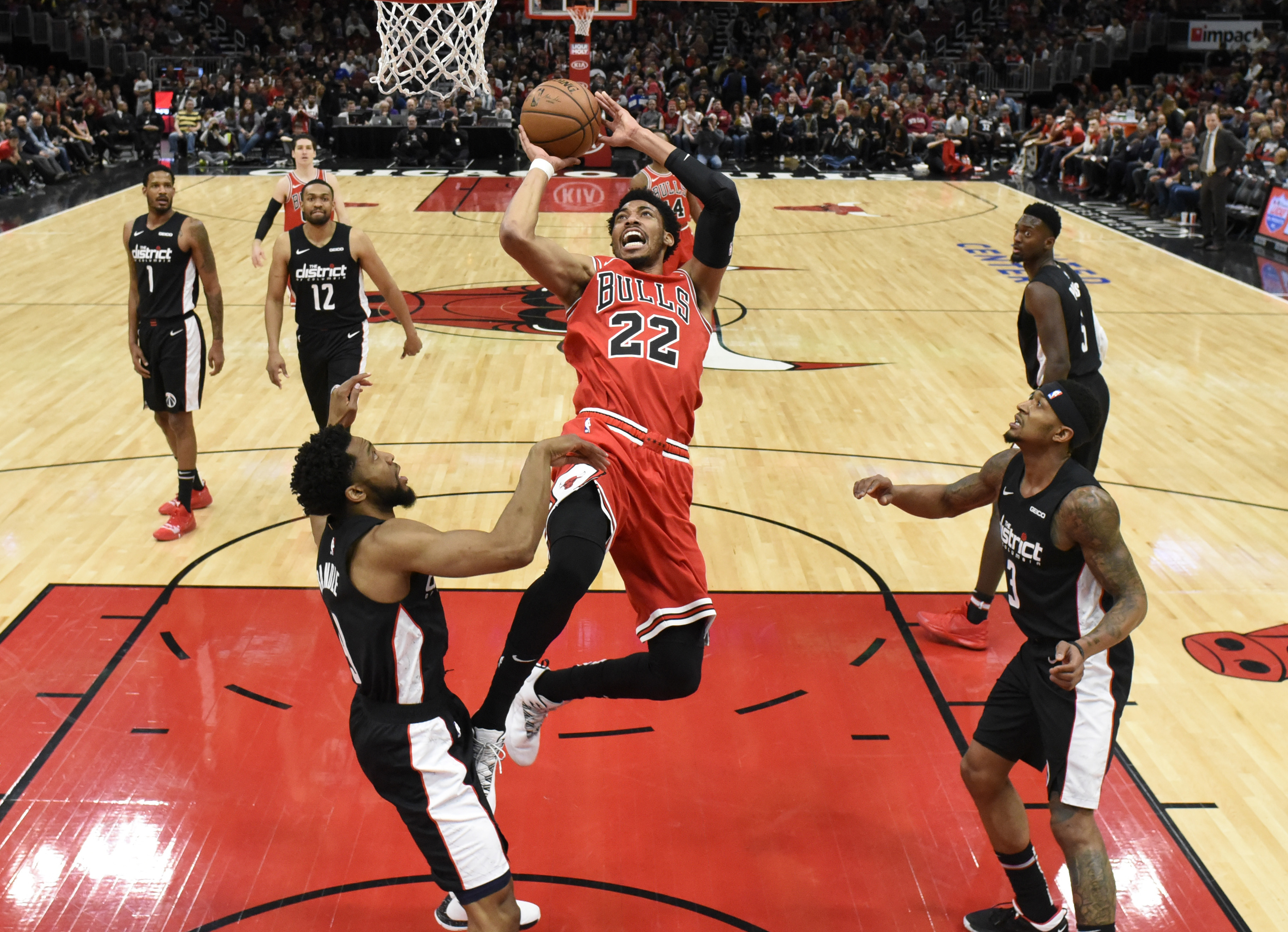 CHICAGO — Otto Porter Jr. was traded a little more than a month ago to the Chicago Bulls, but he is already making his presence known in the locker room and on the court. In the 15 games he has played for the Windy City, he is averaging 17.5 points on 48.3 percent shooting from the field including a ridiculous 48.8 percent from beyond the arc. Nonetheless, it is not just his offensive contribution to the team that is garnishing praise from his new teammates, it is how he leads by example that they value the most.

“He is a steadying force for us,” veteran center Robin Lopez said after Chicago’s 126-120 overtime victory over the Washington Wizards. “It’s nice to have a veteran out there that who knows what he is doing on both ends of the floor.”

Lopez said with Porter being one of the older guys on the otherwise very young team and knowing the game as well he does, his understudies can only benefit having a resource like him and learn to be a professional. He is unsure why Porter is more productive so far with the Bulls than with the Wizards. Last season, Porter played in 77 games and averaged 14.7 points per game. During the first half of this season, he only averaged 12.6 points in the 41 games he played for Washington. Lopez said regardless, Porter is a huge asset to this Chicago Bulls team.

Lopez is not the only one who has pleasantries for the small forward as franchise centerpiece Lauri Markkanen echoed similar sentiments. He said that during the short time that Porter has been his teammate, he and others have built chemistry with him already. With the continuity continuing to grow, Markkanen said that it only means great things for the Bulls in the near future.

“He means a lot,” Markkanen said. “He can do so many things on both ends of the floor. So we definitely can use him, and he is a really good piece of the puzzle that we’re trying to build.”

As Chicago is going through their rebuild and trying to string together a roster that will be competitive, the team has gotten much younger. Markkanen alluded that with Porter being in his sixth season in the NBA, his knowledge and wisdom is valuable to him and the rest of the young core on this team.

“He’s definitely a leader,” Markkanen said. “What is he 25-years old? Six years in the league and on this team he’s one of the oldest guys. He’s definitely embraced that role in kind of being a leader and being vocal on the bench. We were talking about (the importance) of remaining calm when things are not going your way and staying aggressive, instead of doing your own thing and focusing on that.”

The second-year big has struggled some last month but has found his way recently. Porter’s leadership and teaching may have helped sway the tide by helping the 21-year old grow as a player. Markkanen declined to try and pinpoint the exact reason for Porter’s production boost, but with a doubt values his presence on his team.

Timothe Luwawu-Cabarrot, 23, is another young up and coming player for the Chicago Bulls that cherishes Porter. Luwawu-Cabarrot also was struck by Porter’s ability to settle the team down when things got rough.

“He’s been a major piece to the team since he got here,” Luwawu-Cabarrot said. “He’s really calm all the time. He slows the team down, and he makes big shots. Also, we can count on him at any time, and he’s going to respond every day.”

Porter has taken Luwawu-Cabarrot under his wing and the latter is grateful that the former has instilled valuable characteristics in him such as confidence and how to be a better player both on and off the floor.

“(He taught me to) never rush on the court,” Luwawu-Cabarrot said. “Just play your game and never hesitate and never doubt yourself, stay calm and take your time.”

Luwawu-Cabarrot believes that Porter’s confidence has grown since being in Chicago. He said that the team runs a lot of plays for him and that he’s continuing to blossom because of it. He, like Markkanen and Lopez, agrees that Porter is definitely their leader and believes the future is bright for the Bulls. That was never going to be the case of the former Georgetown product’s career continued in Washington.