Before we begin here, let’s start with the obvious – both of these sweaters absolutely fucking stink out loud. STINK! 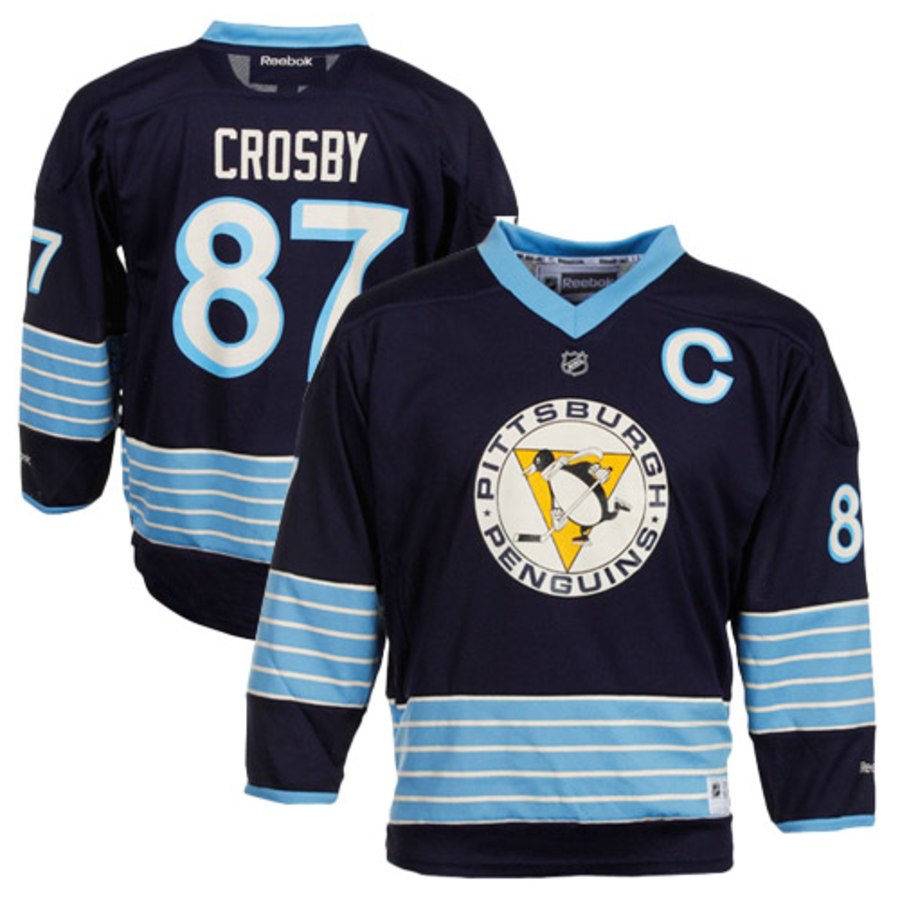 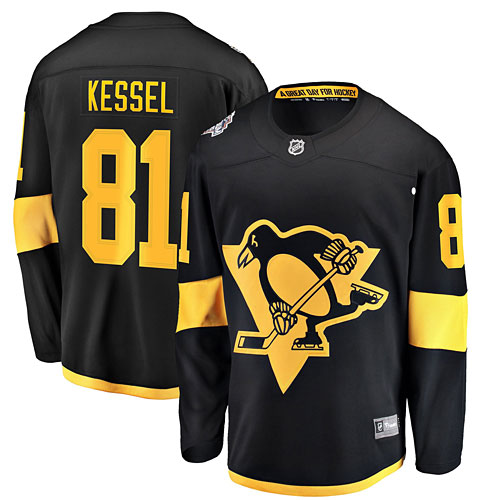 Look, I know a lot of people are going to disagree with my correct opinion on this subject, but let’s just face the facts. Neither jersey is aesthetically pleasing, and the Pittsburgh Penguins will never wear either one of them ever again. Besides, I’m not quite sure how you can get much worse at designing a jersey other than botching an attempt at reconstructing a “throwback” uniform (that never even existed in the first place) featuring a fat skating Penguin and hideous baby blue stripes or by creating something in three and a half minutes on Microsoft Paint in an attempt to emulate the NFL’s now defunct color rush jerseys, but that’s beside the point.

The real reason the Penguins are never wearing either one of these hideous jerseys ever again is because they’ve experienced their fair share of bad luck while donning them.

Let’s start with their most recent alternate uniforms.

In case you haven’t been paying attention to the Penguins lately, they decided to wear these monstrosities twice over the past three and half weeks.

First, they wore them at the actual Stadium Series event in Philadelphia on February 23rd, and then again just this past Sunday night at the Paint Can here in Pittsburgh. Each time the opponent being the cross-state rival, Philadelphia Flyers, and each time the Penguins succumbing to the same result – squandering a one goal lead late in the 3rd period of each contest before eventually losing both games in heart-crushing defeat in overtime. Also, to add insult to injury (literally), Kris Letang almost completely fucked up his neck again in the first game, which resulted in him missing 11 consecutive games (including the rematch on Sunday).

However, unlike their outdoor counterparts that came into existence eight years previously (more on that soon), the Penguins decided to take swift action on these uniforms by sending them to the farm before things could really spiral out of control.

So this morning I collected all the Stadium Series gloves helmets and pant shells. ( they are under the helmets) Yesterday was our last time wearing that uniform. pic.twitter.com/O6ErmaFtiw

(Hopefully Dana burned everything with a blowtorch.)

Now, let’s move along to their (somewhat) predecessors – the dark blues: 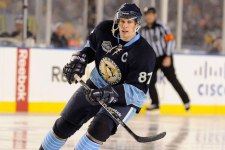 The first time the Penguins debuted these dumpster fires was back on January 1st, 2011.

Many of you might remember this day as the first time the Winter Classic was held in Pittsburgh as the Penguins played host to the Washington Capitals at Heinz Field.

However, A LOT more of you will probably remember this game for another reason. Specifically, this reason:

Crosby would go on to miss a total of 108 games over the 2011 and 2012 seasons as a result of this blindside hit to the head by *extreme Doc Emrick voice* the Ohio State product David Steckel.

But that was just the tip of the iceberg of this jersey curse.

In fact, there were A LOT more lowlights over the course of two years in which the Penguins wore these alternates. Let’s take a look at a few examples:

The funny thing is the Penguins were actually scheduled to wear these uniforms for the final time three days after the second Crosby incident; however, the team made the executive decision to banish them forever.

Dark Blue Record: Not good (i.e. I’m assuming it was not good because I’m too lazy to look it up).

FINAL VERDICT: Both jerseys suck and bad shit happens to the Penguins whenever they wear them. The end.

P.S. – If you don’t think by “executive decision” it wasn’t Sidney Crosby that made the decision to ditch the blue jerseys, your head is lodged inside of your asshole.