Trent Richardson hopes he's getting the NFL's attention once again 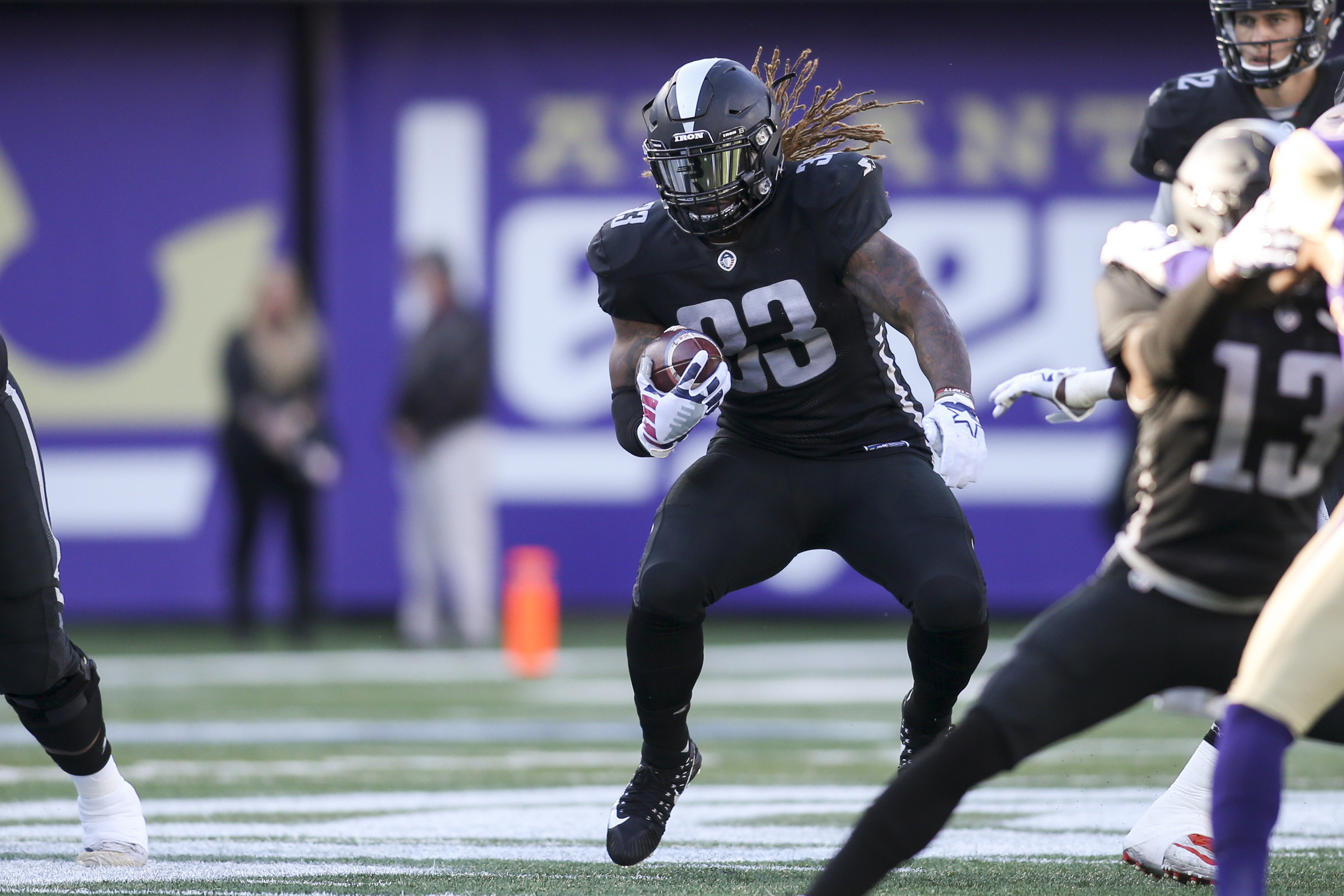 Trent Richardson hopes he's getting the NFL's attention once again

Former NFL First-Round pick Trent Richardson hopes the NFL will notice his play in the AAF.

It has to be tough to go from being a college superstar and getting drafted as a first-round pick, to eventually disappearing from the NFL. Former Alabama running back Trent Richardson hasn’t had it easy in professional football. Back in 2012, Richardson was a first-round draft selection to the Cleveland Browns.

Although the Browns were a bad team at the time, even they were ready to give up on Richardson while in his second year with the team. So they traded their former first-round pick to the Indianapolis Colts, where he was expected to really revamp his young career. As it turns out, Richardson really couldn’t hack in the NFL. Four seasons in and Richardson was out.

Football might be all that Richardson knows. Clearly, he’s dedicated so much hard work and time to the sport, so why would he feel comfortable with giving up? It doesn’t matter how many times he’s failed before, Richardson wants to make it back to the NFL. He started that journey by going to the CFL, and now he’s fortunate enough to be leading a backfield in Birmingham for the newly created AAF league..

Trent Richardson’s short career in the NFL was an ongoing joke for a while. His lack of vision while running the ball made for a hilarious screenshot that spread around the internet like wildfire. But while everybody laughs and makes jokes about Richardson’s vision as a runner, he’s standing out amongst the rest in the AAF. Right now, Richardson leads the league in total rushing scores. And don’t think for a second that he’s settled in where he’s at.

“People are talking about me going back to the NFL, Richardson said. “That’s the goal. That’s the dream. But while I’m with the Alliance I’m going to do everything I can to show I appreciate them.”

During a sit-down interview with the Birmingham Iron’s media, Richardson touches on the idea of trying to make it back to the majors once again. While his days in the NFL are most likely behind him, Richardson seems pretty content with succeeding exactly where he’s at. Anything more would just be a bonus at this point.