The Goldschmidt Extension: Good For Everybody 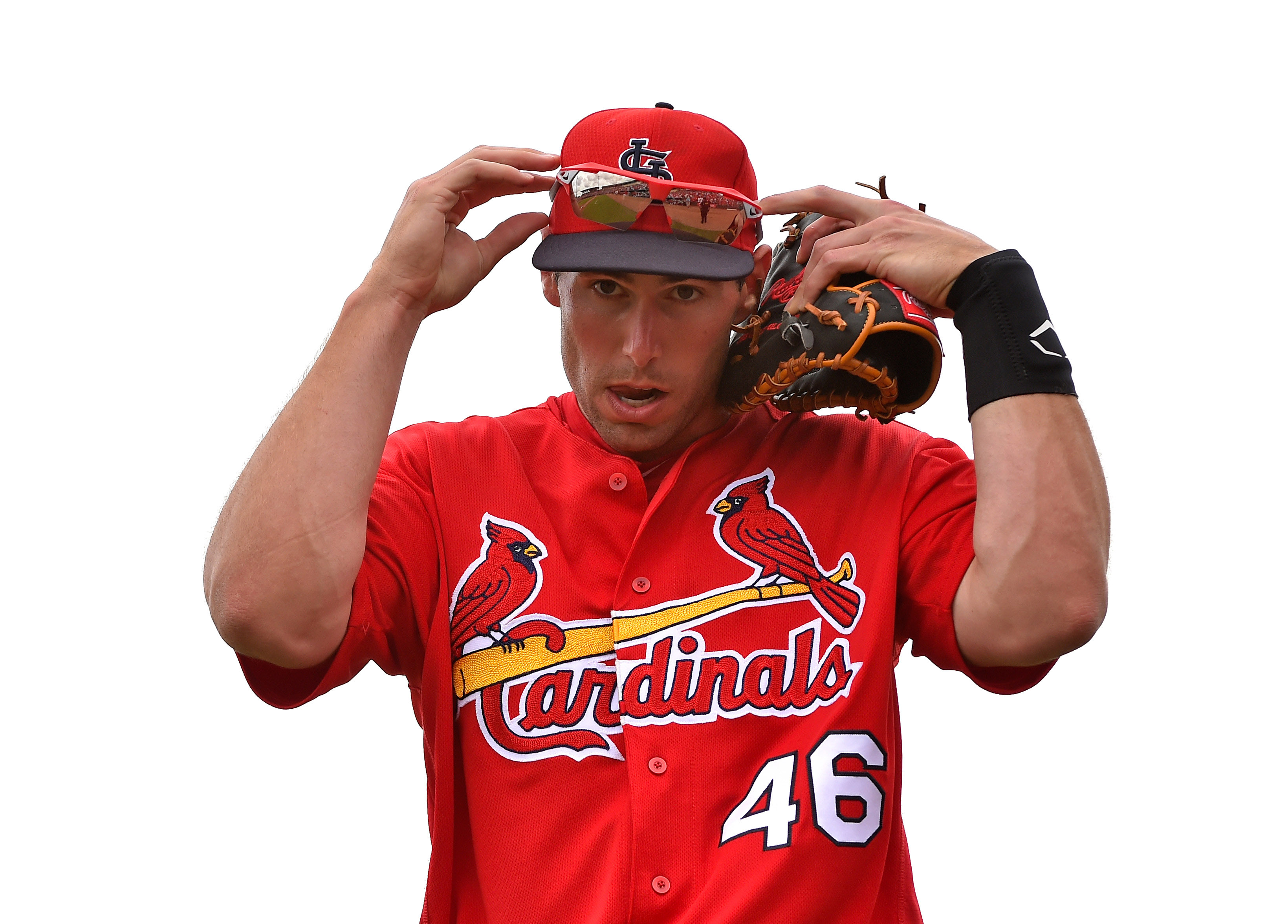 The Goldschmidt Extension: Good For Everybody

It was mid-afternoon on a Thursday. Not much was happening. On social media, fans were still reacting to a big day from Fowler and Ozuna when word came across Twitter that the Cardinals and Paul Goldschmidt were closing in on an extension.

The first report came from Ken Rosenthal of The Athletic, reporting a deal would exceed the terms 5-year, $110 million terms that J.D. Martinez received from Boston last season.

Derrick Goold — after quickly reporting that Dakota Hudson has been confirmed as the 5th starter — then elaborated that the terms would actually be 5-years and $130 million and includes no opt-outs, a no-trade clause, and that the years covered would be 2020-2024, so it does not include a raise for 2019.

And with that we will turn from the reporting, to my own personal assessment.

It’s good for the Cardinals

The Goldschmidt extension will move to the top of 3 contract lists for the Cardinals. It is the largest commitment from the franchise for a player that is yet to play a regular season game for them, topping Dexter Fowler from 2 years ago. The $26M salary is the largest annual average value in Cardinals history, overtaking Yadier Molina’s current $20M mark. Finally, it will be the highest total value contract in team history, topping Matt Holliday’s $120M deal following 2009.

This isn’t what you would call a bargain, the Cardinals paid close-to, if not market value. Still, it keeps a very, very good player in the Cardinals uniform for the next 6 years. Considering that extensions elsewhere have greatly thinned the elite free agent market for the next several seasons, this is the type of talent that the Cardinals had no obvious opportunity to pursue in the foreseeable future. And so it is good that they have him locked down as they decide how to approach Matt Carpenter’s future, watch the final years of Molina’s career, and wait for some exciting — but SUPER young — bats to rise through the minors.

And we can go back to the Matt Holliday contract. It feels lazy to compare the two players, but their combination of power and on-base is very similar. However, because those two skills tend to age well, it’s still a solid comparison to make. Back in December, I did a post (which you can read by clicking here) that compares Holliday and Goldy over their first 7 full seasons, and then dives into what Holliday did from ages 31-36, the same years covered by the Goldschmidt extension. In retrospect, I’m quite proud of the post and encourage you to read it to get the full gist of it, but here are some highlights.

If that’s the production the Cardinals get over the life of this extension, then it is great for them.

Good for the Cardinals that they just signed Golschmidt to the same contract that they initially offered Albert Pujols 7 years ago. Signs point to this one going better than that one would have.

Also good for the Cardinals is that I take Goldschmidt’s willingness to extend at this point, before playing or living in St. Louis, as an endorsement for Mike Shildt. Goldy has clearly liked what he has experienced in this camp enough to forego free agency. True, the Cardinals laid the market price on the table, but I still think him signing on without waiting to be reassured on Opening Day or throughout the season is a thumbs up for the new field staff.

Elite players still get paid in free agency. It’s the middle-tier guys that have suffered the most by teams opting for cheaper, but similarly productive, young players. Harper, Machado, and J.D. Martinez all got paid, eventually. Nolan Arenado and Mike Trout got their deserved extensions.

Had Goldschmidt opted to go to free agency and wait for the best offer, he may have been waiting until late January. That’s just been the nature of the beast the last couple years. Players wait for teams to make their best offer while teams wait for the ask to come down or resist putting their best offer down for fear of bidding against themselves.

Goldschmidt — and I’m basing all of this on things I’ve read — seems like the type of player that wants to be secure. He wants his family to have certainty and know where is he is going. He is the type to show up to camp at the end of January instead of on the mid-February report date. With this extension, he avoids the possibilities of any delays next season. He avoids the distraction and what would have been inevitable season-long questions like, “How do you like St. Louis? How are the fans? Do you like it enough to stick around?” He just gets to play baseball.

Also good for him is that he gets $26 million a year from 2020-24. Consider that J.D. Martinez, an excellent hitter, received a $22M AAV on his contract last year at age 30. 26-year old Bryce Harper’s AAV was $25M, albeit across 13 years. For Goldschmidt, a $26M AAV for an extension covering ages 32-36 seems to be right on the money. He got his market value, without having to go to market.

Finally, good for Goldschmidt that he gets to experience the two loudest ovations on April 4th at Busch Stadium. The first, when he climbs town from the bed of a brand new Ford F-150, and the second when John Ulett announces him for his first at-bat in St. Louis. Good for him that he will get to experience the full emotional buy-in from Cardinals fans instead of the “yeah, but” feeling that would come with a pending free agency. Good for him that he will see TONS of #46’s in the stands this year, as fans will no longer have any inhibitions about investing in his jersey.

For the same reasons I just listed, this deal is good for Cardinals fans. We can appreciate the greatness that we are going to watch without thinking that it has an expiration date. We can proudly sport our Goldschmidt 46 jerseys, or shirseys, knowing they will be relevant for years to come. We get to watch a great player achieve career milestones like 2000 hits, 1000 RBI’s, 300 then 350 then (maybe) 400 HR’s. We can legitimately debate with rival Cubs fans about who has the better first baseman, and revel in the glory when Goldschmidt gets an All-Star bid over Rizzo. Good for Cardinals fans that we don’t have to fret over the annual mission to locate the new lineup centerpiece.

Good for Cardinals fans, because we have yet to experience — and fully appreciate — the great player that we acquired and now get to keep.