Julio Jones could soon be a $100 million man 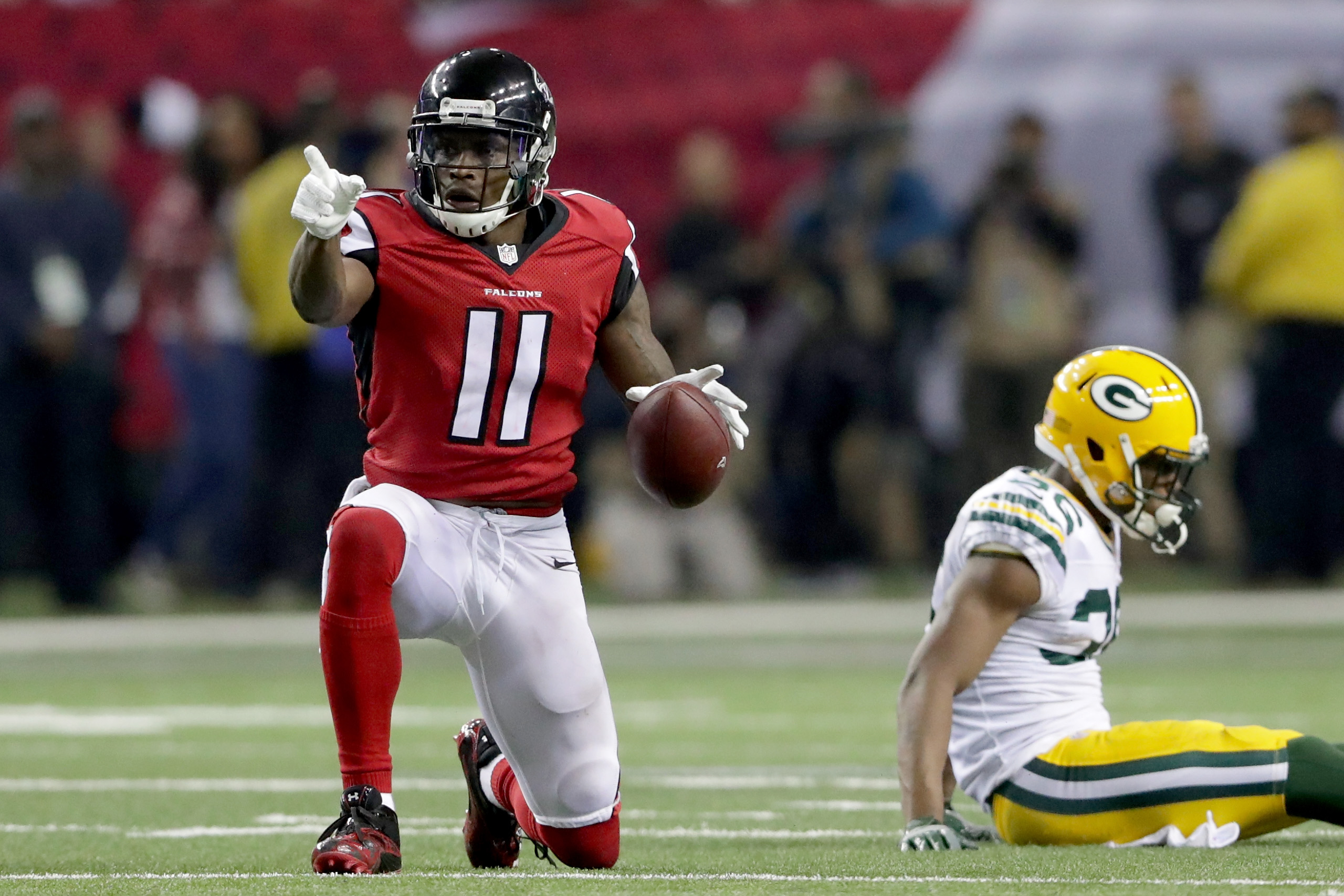 Julio Jones could soon be a $100 million man

Move over, Odell Beckham. Julio Jones is ready to cash out as a $100 million man.

When you think of a star NFL wide receiver, many think of an outspoken diva. A player who’s mouth surprisingly works harder than their actual on-field production. That’s no slight to the guys who continuously cook on the field every week, but a lot of those outspoken wideouts have never won anything. Some have never even come close.

Atlanta Falcons wide receiver Julio Jones is in the same boat with the other guys who have never won anything significant aside from an NFC title, but he’s definitely far from a diva. A quiet, productive wideout who just goes to work on Sunday’s without any complaints. Julio is definitely making a fair amount of money on his current contract… For now, that is.

As former New York Giants wide receiver Odell Beckham Jr. got a mightily generous $90 million contract last year, it became evident that Jones might need to get in on some of the new contract action as well. Right now, the Falcons have one year left on Julio’s five-year, $71 million deal. They could wait until after next season, but it’s unlikely that happens. Atlanta may give Julio a new deal very soon, and he’s expected to surpass Beckham.

Will Julio become a $100 million man?

According to Bleacher Report’s Mike Freeman, Julio’s next contract could get him an average salary of about $20 million-per-year. As Beckham’s full deal set the bar big time, many big-named wideouts are expecting to cash out with contracts that are starting to look almost like quarterback money.

If Jones signs a five-year extension, look for the total figure to approach $100 million, a number only one other receiver has earned in NFL history: Larry Fitzgerald in 2011, when he signed an eight-year, $120 million extension with the Arizona Cardinals.

Right now, it doesn’t sound like the deal is very close, per se. But the talks are ongoing. No matter what happens though, it looks like Julio is preparing to ink his final contract with the Falcons, keeping him in Atlanta for the remainder of his career. And once Julio sets the bar even higher than Beckham did last year, who will be the next wideout to see a $100 million payout?