Your Morning Dump... Where there's much talk of switch flipping 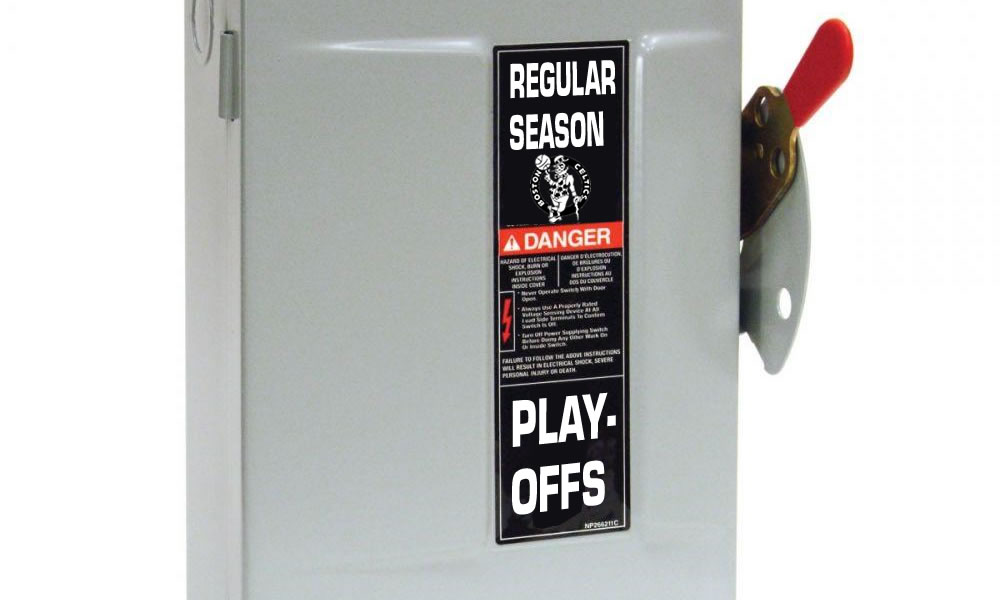 Your Morning Dump... Where there's much talk of switch flipping

The omnipresent question is whether the Celtics are capable of a similar shift, of flipping the so-called switch. Wednesday’s narrow loss to Philadelphia, without benefit of Gordon Hayward (concussion), Aron Baynes (left ankle sprain) and Marcus Smart (Flagrant 2 ejection), featured some of the Celtics’ best recent performances.

But as evidenced by Monday’s loss to the Nuggets, the Celtics still have confounding defensive breakdowns. With 10 games left in the regular season, Irving doesn’t believe his team is all that switchable right now.

“I think that the best thing we had going in that aspect is experience,” he said of Cleveland. “So, like, the switch — we know what that switch is. This team doesn’t yet.”

There’s absolutely no reason why a team this young, with players logging as few minutes as these guys are logging should be ‘flipping a switch.’

If these guys are telling themselves that they’re going to start taking things serious once the playoffs get here, they are in for a rude awakening from whatever first round opponent they draw. And, long-term, it might serve them well to fail to meet expectations–theirs and everyone else’s.

This team has been incredibly undisciplined at times, and guys telling themselves ‘we’ll start taking thing serious once the playoffs start’ feeds right into that.

The Celtics teams of the past couple years far exceeded expectations because they–with few exceptions–out-worked their opponents. And, sure, you could say that guys like IT and Crowder were motivated to prove something, but the team’s mental toughness carried over into last season as well.

Then this season comes along and you’ve got guys like Jaylen Brown predicting multiple championships before the season even starts, and the whole team spends the first month of the season looking like they forgot how to put in the work. And that attitude has shown up for extended stretches since then, and it looks like we’re in the middle of another one.

It is incredibly frustrating, as a fan, to see a bunch of guys who should not need to have their feet held to the fire, who should be mature enough to motivate themselves, going through the motions. Oh, I’ll grant you that the guys on this team want to win, but altogether too often this season they have not wanted to win badly enough to win.

So, yeah, if they’re telling themselves that they’ll ‘flip a switch’ when the playoffs get here, they’re just doing, on a grand scale what I do when I keep hitting the snooze button: ‘I’ll get up in five minutes’ ‘…just five more minutes’, ‘…five more minutes.’ There’s no switch to flip–this team is what their regular season results say they are.

The league decided against suspending him for a game, which would not only have cost him the playing time, but a game check of approximately $140,000. The $50,000 fine is his second of the season. He was fined $35,000 for going after the Atlanta Hawks DeAndre’ Bembry back in January.

On the one hand, if you want to get away with cheap shots in the NBA, you’ve got to be more subtle about it. I’m sure JR Smith has some tips.