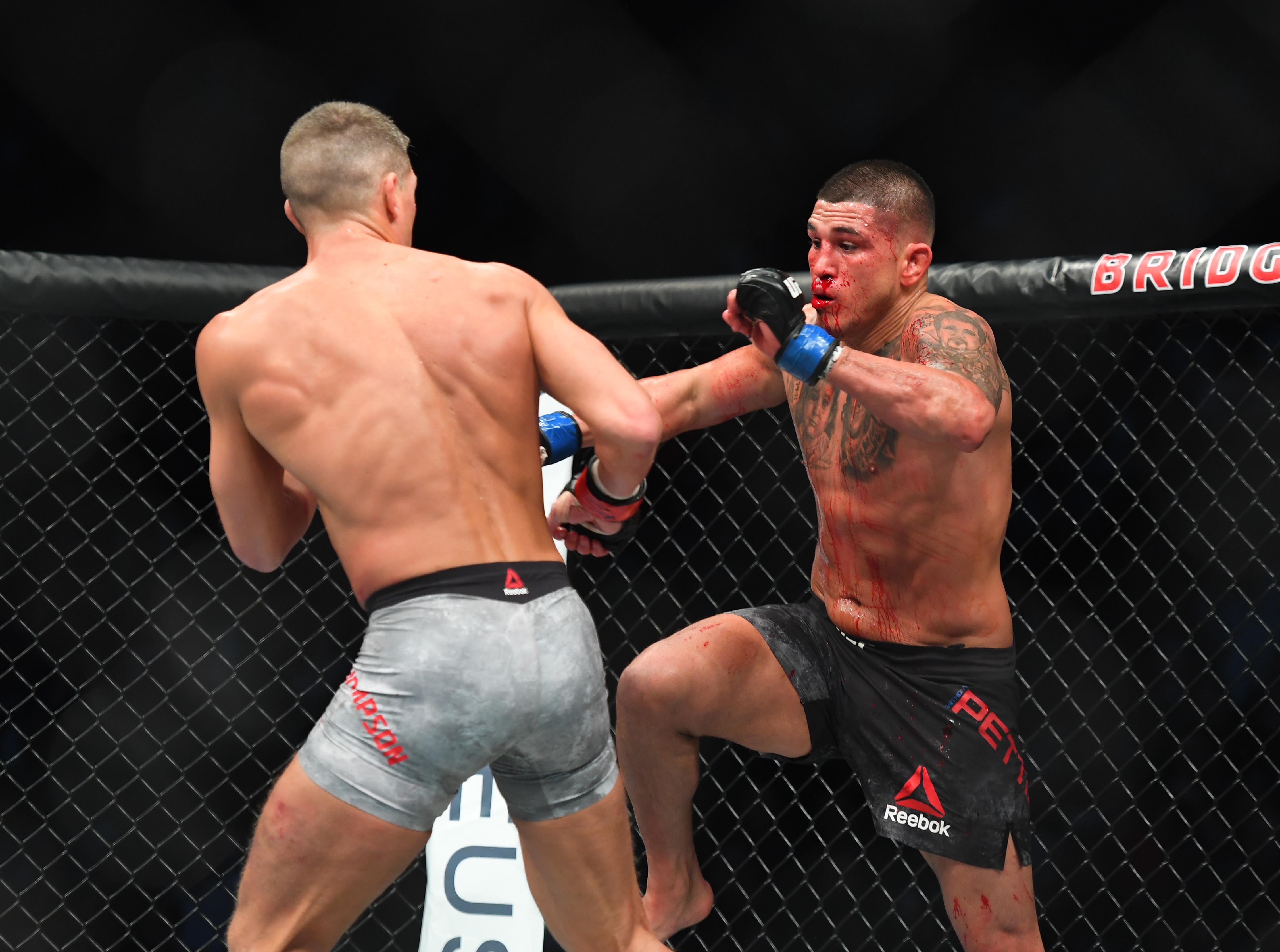 In his debut in the talent-heavy welterweight division, Anthony “Showtime” Pettis had a lot to prove. The same could be said for Stephen “Wonderboy” Thompson. The latter was giving fans a reason to believe until one moment caught him off guard. Pettis made sure to take advantage of the situation.

At UFC Fight Night 148 in Nashville, Pettis (22-8) knocked out “Wonderboy” in the second round of the main event.

Thompson (14-4-1) started the fight on top, using precise leg kicks to knock down the confidence of Pettis. He looked much looser than previous bouts. It was a reminder of the first fight he had against Tyron Woodley for the Welterweight Title. Pettis responded with a few outside leg kicks of his own. Thompson continued to dominate, almost hitting high and spinning heel kicks. The second round started the same, with Pettis bleeding from the nose from stiff shots. Thompson had Pettis up against the cage when all of a sudden Pettis leaps with a Superman Punch to knock the tall Thompson off of his feet.

The end result was inevitable.

Thompson’s hands were down, allowing for Pettis to literally strike at the right time. That was Thompson’s first loss via knockout. Originally ranked number three in the welterweight rankings, Thompson’s setback leaves him in the unknown.

Pettis is now 4-3 in his last seven fights. His previous bout was an exciting lightweight affair against Tony Ferguson, one that ended via corner stoppage. Now in the welterweight division, Pettis is hoping this fight can lead to more opportunities.