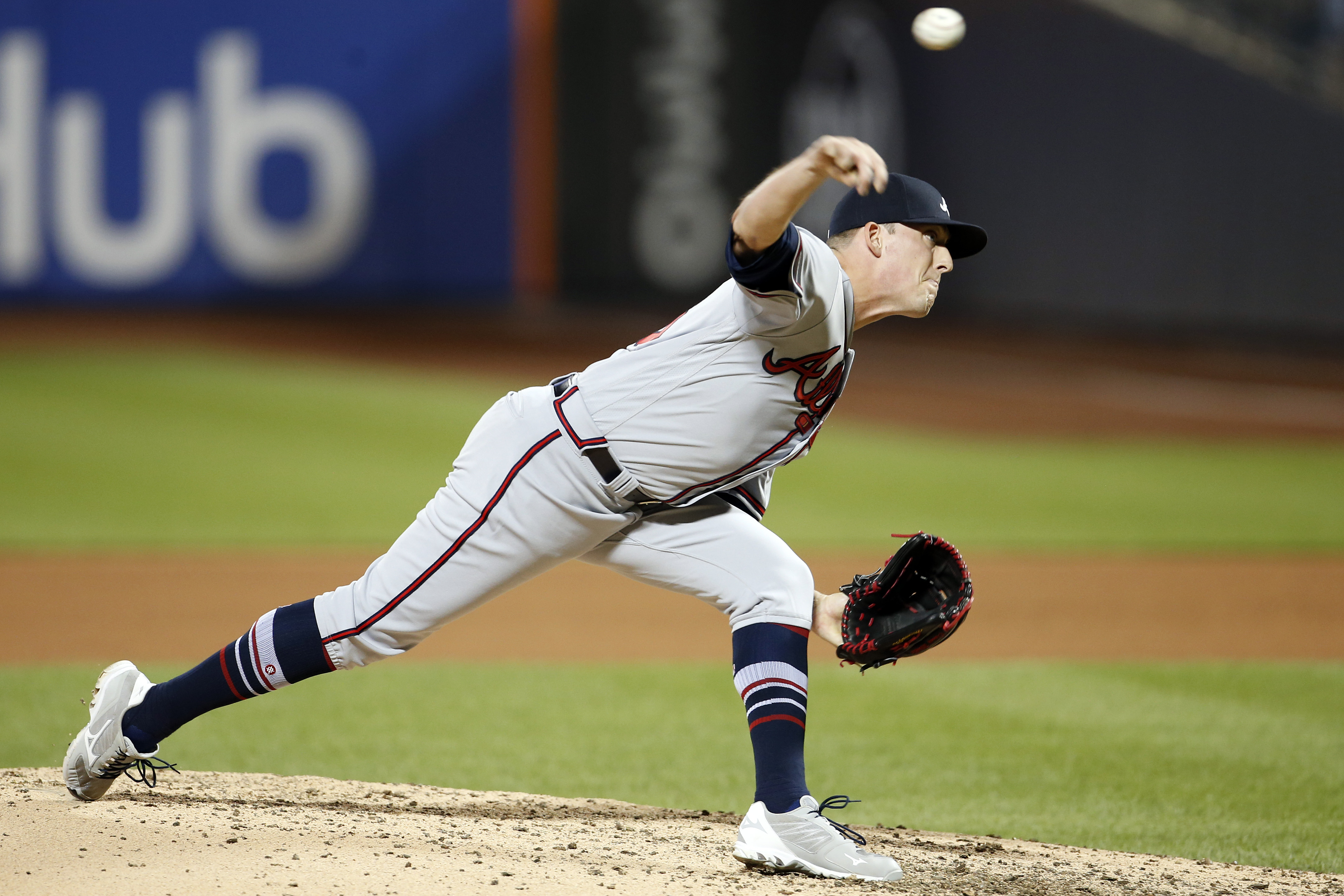 The 2019 opening day roster continues to take shape with some surprising roster moves on Sunday.

We already went over the trade of Matt Joyce, the signing of Josh Tomlin, and the release of Sam Freeman. On Sunday, the Braves optioned three players – one of which looked like a lock, another that looked like a near-lock, and a third that appeared like he would stick around because he didn’t have any competition. That latter changed yesterday, of course.

Getting the hook were right-handers Touki Toussaint and Dan Winkler. Outfielder Adam Duvall will join them which comes as little surprise after the Joyce move. As I pointed out yesterday, in addition to a year of looking awful – made even worse after he was acquired from the Reds – Duvall was hitting just .171/.306/.317 this spring. While Duvall is a fantastic defender and possesses 30-HR potential, his lack of production this spring prompted the Braves, who passed on other options during the offseason, to move on. Unlike Freeman – Sam, that is – Duvall won’t be released so his full salary doesn’t come off the books. That said, he’ll make significantly less while in the minors than the nearly $3 million he agreed to during arbitration.

But the real shockers here are Toussaint and Winkler. Toussaint entered camp as a favorite to crack the 25-man roster for the fifth spot in the rotation. As injuries opened at least one, potentially two, more spots, Toussaint looked like a lock, but late struggles helped to doom his chances. He gave up three runs, two earned, in four innings on March 17 and then got destroyed yesterday afternoon for seven runs, six earned, while retiring just five batters.

Yet this still registers as a surprise. Yes, Toussaint had a 8.62 ERA in 15.2 innings this spring, but he also struck out 20 of the 70 batters he faced while walking just three. And while he carried a big walk rate last summer in his 29 innings in the majors, Toussaint also K’d 32 and allowed just one homer. He finished the year with three scoreless innings in the NLDS, picking up the one postseason win the Braves had in 2018.

But he’s going to the International League. As is Winkler. This is the first time Winkler has been optioned despite being 29-years-old. Of course, Winkler’s case is one of the weirder ones. Picked in December 2014’s Rule 5 draft, Winkler missed most of three seasons due to injuries before finally staying healthy enough in 2018 to log 69 games for the Braves. He was tremendous in the first half, posting a 3.00 ERA with 48 strikeouts in 39 innings, including a 4.4 K/BB rate. But that came crashing down in the second half – more so in September – as Winkler faded. The Braves had so little confidence in him that he was left off the postseason roster.

But it never seemed like he was at risk of starting the year in the minors. That was true even before A.J. Minter and Darren O’Day looked destined to open the season on the Injured List. Winkler got a bit of a late start, not making his debut until March 6. After three appearances in about a two-week period, the Braves pushed up his workload, appearing in games on March 19, 21, and 23. The production steadily worsened after a hitless inning to open the trio of games. Then he gave up his first run of the spring on three hits in his second outing. And yesterday, it came crashing down completely. He retired just one batter, allowing five hits and four runs. It was just one bad game, but potentially, that was enough to kill his chances.

As @AllenZundel pointed out to me on Twitter, this could mean that the Braves will add another year of service time for Winkler. Due to injuries and the Rule 5, Winkler has been logging service time for four straight years. Despite less than two years of production (90 total appearances), Winkler was just two years away from free agency. Atlanta can push that off another year by keeping Winkler in the minors until after mid-April. I don’t really think that was much of a concern, but something to keep in mind.

What does this all mean? In my Morning Walk series, I’ve kept a roster bubble section. Toussaint and Winkler were locks while Duvall was on the bubble. That shows how much I know so not sure why you’re still reading. With them gone, the Braves technically have 35 players still in camp. However, if you take out the uber-prospects (Cristian Pache and Austin Riley), the Quad-A depth (Pedro Florimon, Sean Kazmar Jr., Ryan LaMarre, and Rafael Ortega), and the injured trio (Mike Foltynewicz, A.J. Minter, and Darren O’Day), that 35 men quickly reduce down to 26.

That leaves us with:

Make one cut and you’re down to 25. Of course, the Braves might not be done adding to the roster as more players become available or teams seek to get something for a guy who is out of options.

The easiest move is to cut Luke Jackson. While he’s only given up runs in two of his eight appearances this spring, when he gives them up, they come in bunches – hence his 7.27 ERA in 8.2 innings. Removing him from the picture also allows the Braves to find room on the 40-man roster for Josh Tomlin. Matt Joyce already has room after the release of Sam Freeman.

The other easy move is to just send Josh Tomlin to Gwinnett. I don’t know the nature of opt-outs he may have in his contract, but it seems like he’s willing to at least open the season in the minors. This may be preferable because once an injured pitcher is ready to come back, the Braves could simply designate Jackson rather than potentially lose Tomlin.

Another option could be to send Gausman to the IL to open the year. Much of that will depend on how long he goes today. I actually don’t think this will happen anymore and believe Gausman will open the year on the opening day roster and potentially throw a simulated game on March 29. That would set him up to start one of the two Cubs games that conclude Atlanta’s first home series of the year. Again, if Gausman has another short outing today or looks awful, that could change plans. Putting Gausman on the IL won’t open a spot on the 40-man roster, of course.

After today’s cuts, the roster seems to be taking shape, but you can’t help but think it could use something extra. Perhaps a pitcher. Who may be released. In the ninth inning. But that’s just me spitballing. Either way, it’s getting pretty easy to see a 25-man roster as the Braves open their new spring training home today before heading north for two against the Reds to close off their spring training slate.