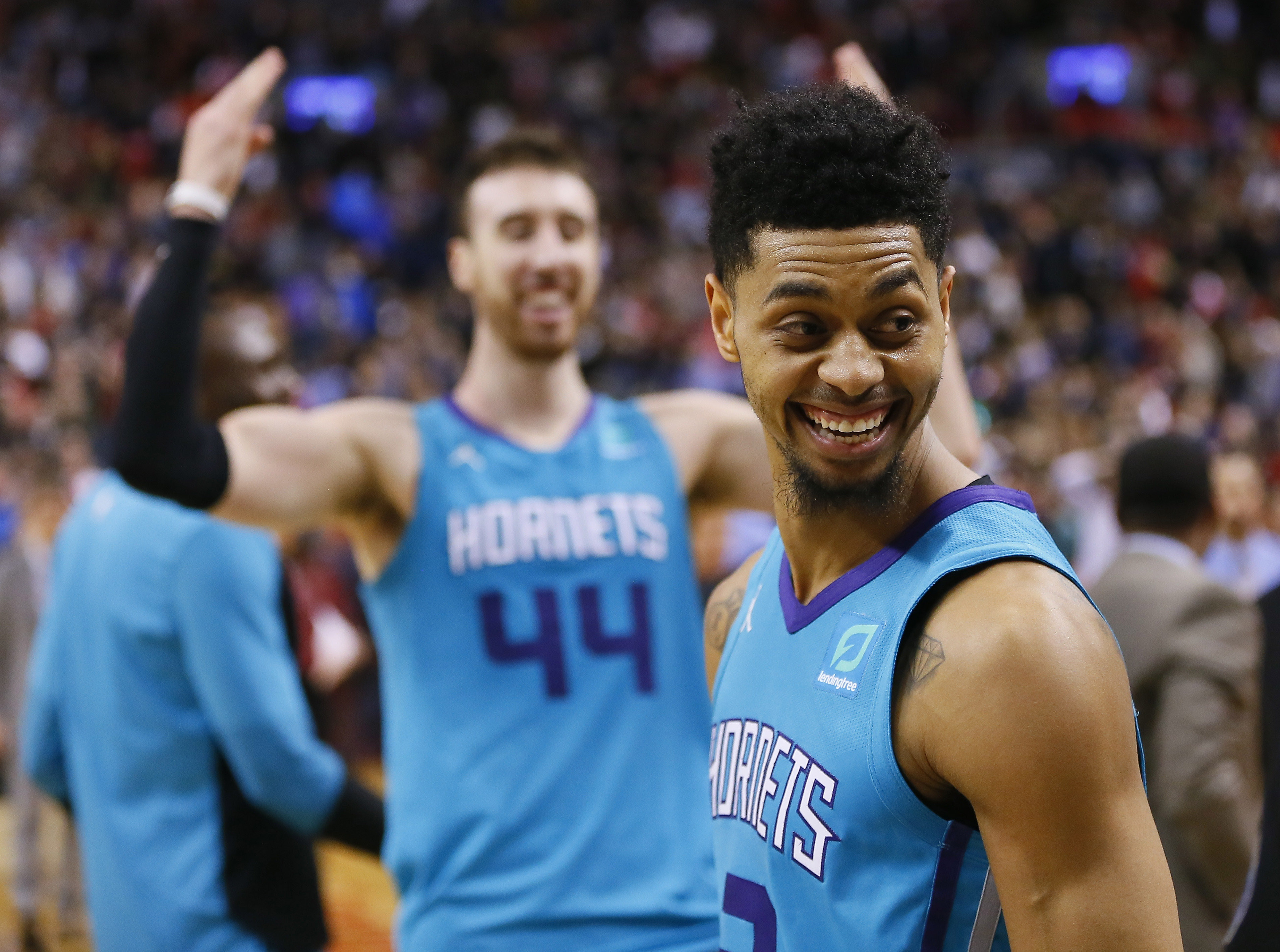 The Charlotte Hornets pulled off a huge upset in their game against the Raptors at Scotiabank Arena to keep their playoff hopes arrive, and you’ll want to see how they did so.

Charlotte blew an 11-point fourth-quarter lead, and it looked like Toronto had seized the moment down the stretch to emerge victorious, as superior teams often do.

But Jeremy Lamb had other plans.

Lamb was the recipient of an inbounds pass with his team down two points, and just a few ticks remaining on the clock. It initially appeared the play was going to end in disaster, as Lamb couldn’t handle the pass, and the ball rolled into the backcourt.

No problem, though, as Lamb calmly picked up and drained a shot from behind half court — lifting his team to victory.

Jeremy Lamb keeps the Hornets in playoff race with THIS pic.twitter.com/3EAQFrKEUw