Recap: Celtics lose to Spurs, but build a very sturdy brick house in the process 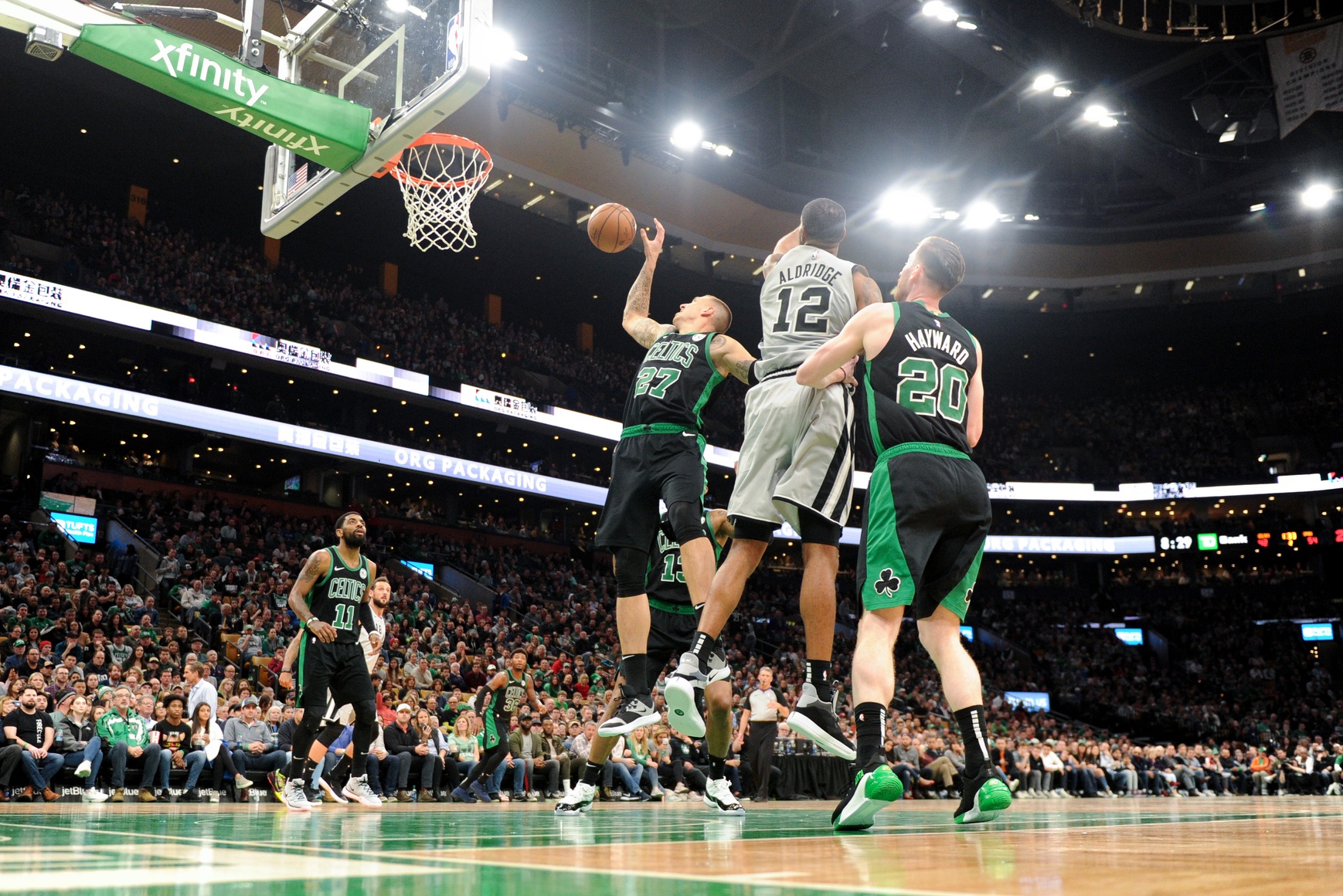 Recap: Celtics lose to Spurs, but build a very sturdy brick house in the process

As Kyrie took a brief trip to the locker room, Gordon Hayward got the Celtics offense back on track by – wait for it – getting to the free throw line! The first half wasn’t great, but the Celtics only trailed 54-47 at halftime thanks to Hayward’s 13 points and two assists.

LaMarcus Aldridge opened the game with 19 first quarter points on 9-15 shooting. With Al Horford sidelined, both Aron Baynes and Guerschon Yabusele took turns trying to slow him down with little success. The defense wasn’t all that bad, Aldridge was just that good.

Terry Rozier wasted no time throwing up ill-advised shots as the Celtics bench were collectively 0-7 from the field by the early second quarter. (Brown and Rozier finished the game shooting 3-16)

Gordon Hayward’s 13 point half was followed up by a zero point second half. Again, Boston neglects to get the ball to the hot hand. To be fair, he passed up some good shots, too. As you’re probably used to hearing after games like this: “Everybody could have been a little better.”

Marcus Morris and Aron Baynes had some mix-ups on defensive coverage. They overplayed Aldridge at times, leaving other players free to sit under the basket for easy points.

7-35 from three. And that’s with a couple garbage time shots going down, so the 17.6% they shot was a little misleading.

None. No highlights. This game sucked. Go back to watching March Madness.

Alright, fine. Here’s the only one I care about: