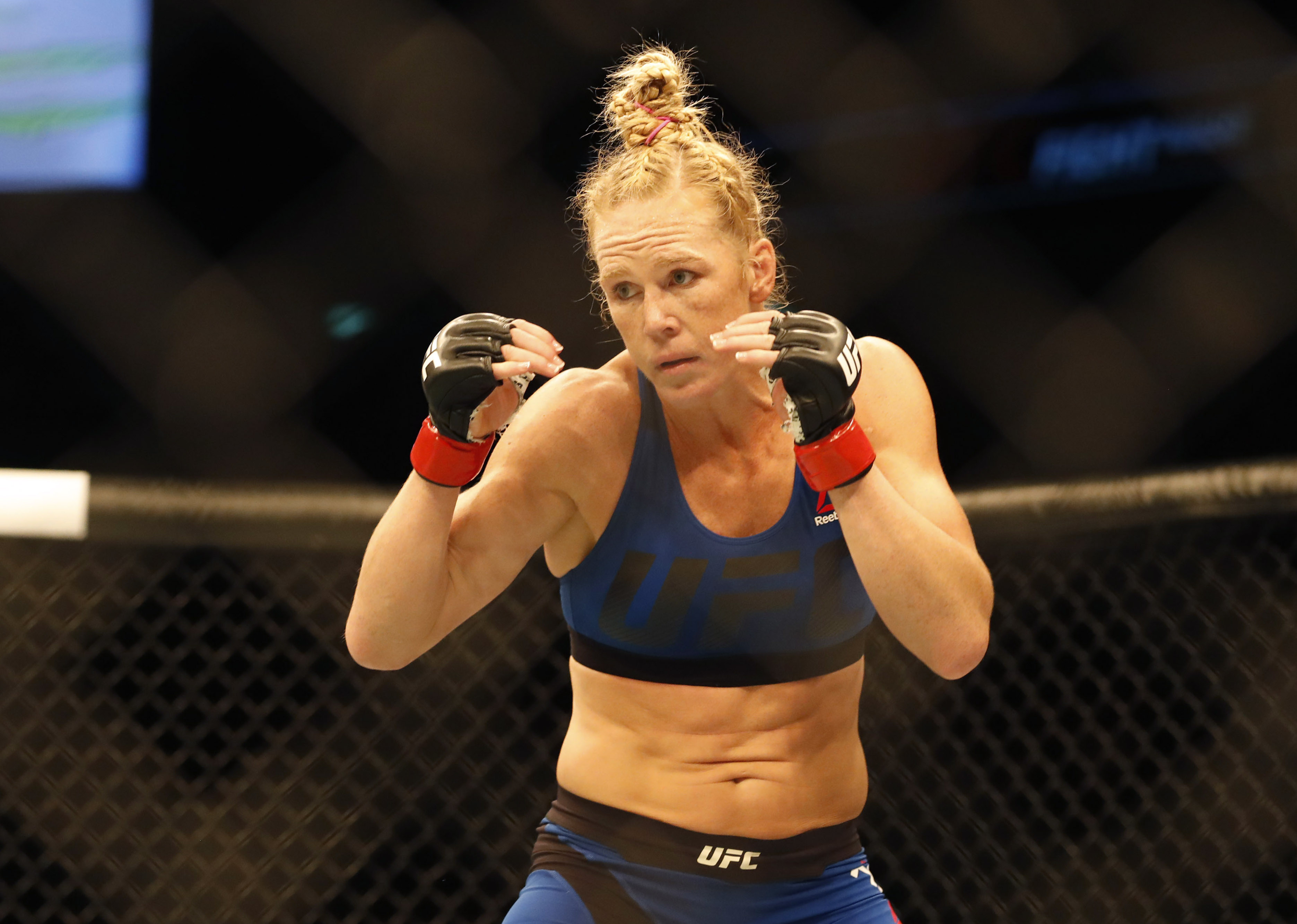 The UFC is looking to keep their women’s roster as stacked as possible as long as promotions like Bellator and the PFL are on their tails. Signing Holly Holm to a six-fight extension, Dana White realizes the importance of the former Bantamweight Champion.

After shocking the world and beating Ronda Rousey, Holm (12-4) went on a three-fight losing streak before going 2-1 in her last three fights. Her last fight was a unanimous decision victory over Megan Anderson at UFC 225 back in June. Who is next for the former boxer and kickboxer?

With a bout against champ-champ Amanda Nunes always in play, anything is possible. Let’s take a look at the six fights the UFC could make for Holly Holm, in both the featherweight and bantamweight division.