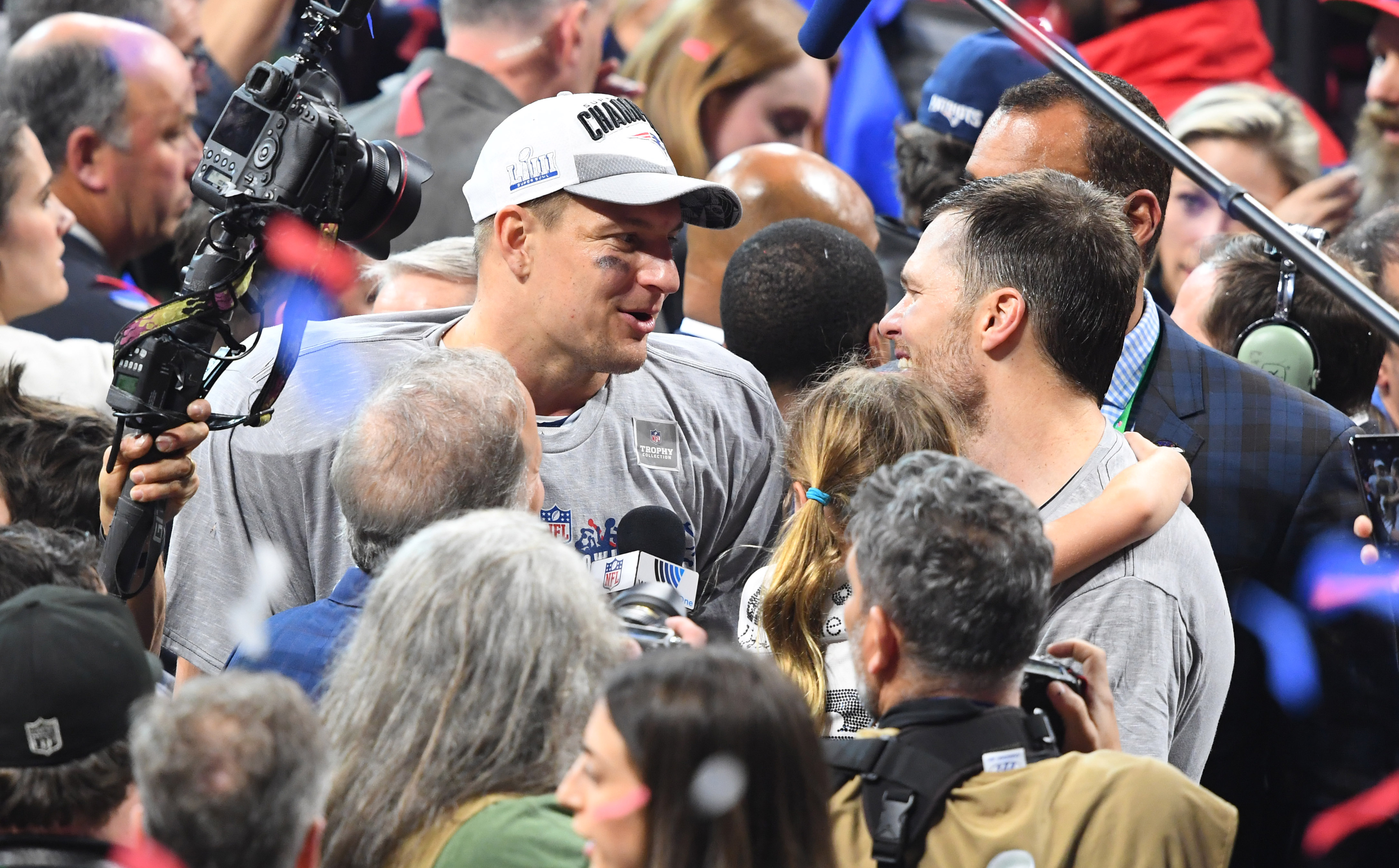 Patriots quarterback Tom Brady and tight end Rob Gronkowski were one of the top passer-receiver duos in NFL history, as the two used their chemistry and respective skill sets to win three Super Bowls together.

But that connection will now be a thing of the past, as Gronkowski called it quits on Sunday — officially announcing his retirement.

Patriots owner Robert Kraft released a statement about the big news, on behalf of the organization.

It didn’t take Brady long to weigh in, either, which he elected to do on Instagram.

What an honor and privilege to play with you these past nine years @gronk! You accomplished so much and our team was almost unbeatable when you were on the field! Your fun-loving, inspiring, and positive energy made an impact on everybody you came into contact with! Not just that, but for as great as a player you are, you are a better teammate and person. The NFL was a better place with you in it! But I have no doubt you will be a success in anything you do!!! Love you pal!

Replacing Gronk will be no easy task, and it will be interesting to see how the Patriots address the void left by one of the greatest to ever play the position.