Biohacking nerds and tech junkies love nootropic supplements for their significant boosts on mental performance. However, not enough attention has been paid to how nootropics may benefit athletic performance.

But sheer stimulation isn’t the name of the game that you want to play here.

Natural, healthy, nootropic enhancement replaces stimulation with genuine brain boosting cognitive effects. And for the competitive athlete, a sharpened mind could be the difference between a win or a loss, the champion belt or a face-on-the-floor K.O.

The answer there is: yes.

And so now we may ask: do athletes need nootropics?

Don’t get it twisted: even the more bone-headed, caveman-like athletes who can barely string together a sentence during their post-game interviews function on an elevated cognitive capacity. While we tend to associate cognitive performance with nerdy pursuits, such as chess and academic exams and (ugh) reading books, athletic performance also has a key cerebral component that distinguishes top-tier athletes from the stragglers.

Nootropics may boost the cognitive aspects of athleticism in a way that’s not only enhances athletic performance but sustains those cognitive benefits for off-the-field activities as well. This is the reverse case of your usual, illicit performance enhancing substances that tend to make the headlines.

From solo to team sports, focus and concentration play key roles in athletic performance. For the tennis player, maintaining an almost unconsciously high level of focus on ball speed, rotation, angles, body position, opponent’s body position, etc. is essential to scoring points. Likewise, for the team player, the athlete must concentrate on the requirements of their role in relation to the responsibilities of other team members.

One way that athletes accomplish this level of multitasking concentration is by practicing their moves and roles over and over and over to the point that they become ingrained in their mind. This strengthens their cognitive capacity for task-related information processing, which helps athletes stay concentrated on their objective goals while shunning external distractions.

For the athlete who performs in front of ear-shattering stadium crowds, this ability to ignore distractions almost seems godlike.

Aside from ignoring distractions, another key distinction between top-tier athletes and stragglers is the capacity to stay motivated toward athletic progress.

Most people who stay with the same workout regimen or tedious exercise routine eventually experience a motivational plateau – or even a complete drop-off in motivation – that leaves you feeling completely bored and “meh” when it comes to something that you’re otherwise passionate about.

As the “pleasure-reward” brain chemical, dopamine plays an incredibly important role in maintaining positive motivation and momentum for long-term athletes. What’s more, catecholamines are essential to sustaining attention and focus, linking the mind’s capacity for motivation to its ability to concentrate.

No energy, no way, Jose – I’m not doing it! That’s essentially how your mind and body feel in the face of energy depletion. As far as nootropics are concerned, this means cellular energy depletion, namely ATP energy, the body’s basic energy unit.

When cellular energy fuel drops off, athletic performance stutters. The mind can’t focus, motivation stagnates, and your muscles simply fail to perform to their greatest capacity. Even practice and training take a toll, as you need energy fuel to repair and recover from high-intensity training.

Nootropics may improve energy and endurance in a few ways:

Improving Oxygen & Nutrient Circulation
The brain needs oxygen and nutrients to operate, and the best way to improve fuel delivery to the brain is to increase cerebral blood circulation.

With adequate sleep, energy boosting nootropics help athletes feel constantly refreshed and ready-to-go, even in the face of their most grueling workouts.

With exception to prescribed stimulants and a few synthetic cognitive enhancers, such as phenylpiracetam and adrafinil, competitive athletes may supplement nootropics. So, for the most part, the answer is: yes, nootropics are legal, especially natural nootropics.

The follow-up question: are nootropics ethical for athletes to use, given that they’re technically performance enhancing?

Even so, if you’re still concerned, you may refer to the World Anti-Doping Agency’s List of Prohibited Substances and Methods to see if a nootropic you’re considering is banned for competition.

If there were one nootropic you could to take to significantly enhance your athletic performance, I’d suggest you to take that. And perhaps one nootropic may be enough to solve your primary cognitive issues when it comes to athletic function.

For me, N-Acetyl L-Tyrosine sometimes does the job on its own. Other times, Rhodiola rosea works as a mid-day pick-me-up to keep me going through my work-shift, workout, etc.

The Cholinergic System includes a series of neurochemicals that derive from choline, the basic building block to neurotransmitter acetylcholine, which facilitates the neuromuscular junction. For the brain to send signals for muscle contraction, acetylcholine passes from nervous tissue to muscular tissue through the neuromuscular junction. Cholinergic nootropics may help bolster that connection while also improving high-order cognitive processes.

The Catecholaminergic System contains the attention-related neurochemicals listed above, including dopamine, norepinephrine, and epinephrine. According to the “Catecholamine Hypothesis,” healthy catecholamine activity correlates with a healthy attention span. Likewise, healthy dopamine activity plays a significant role in motivation and intensity.

The Serotonergic System facilitates impulse control and mental composure, ensuring a disciplined, stable mindset. Athletes who require strict adherence to a demanding training schedule do better when their impulses are kept in check.

Some of the best nootropics may influence each of these systems to varying degrees. However, if you want total cognitive enhancement, you’ll need a supplement stack – or a stack of supplement stacks – to cover all angles on athlete-oriented cognitive performance.

Typically, you hear “cognitive enhancers for athletes” and you think “stimulants,” right? Well, Performance Lab Mind found a way to boost brainpower without resorting to cheap stimulants, focusing instead on cellular energy and neurochemical support rather than the usual caffeine rush. Altogether, the formula is stim-free, GMO-free, and highly potent, boosting all of the cognitive pathways listed above with the following nootropic ingredients:

N-Acetyl L-Tyrosine directly participates in the catecholamine pathway, improving dopamine and norephinephrine levels. Under conditions of heavy activity and stress, L-tyrosine replenishes the mind’s ability to focus and avoid distractions, making it a key nootropic for the student-athlete who trains heavy and sleeps little.

Maritime Pine Bark Extract supplies an antioxidant-rich complex of proanthocyanidins (standardized to a potent 95% extract) that help reduce the muscle-damaging effects of oxidative stress and improve blood flow to the brain for well-nourished thinking.

For awhile there, motivational YouTube videos promoted this idea of no-sleep dedication to your passions that, well, upon two seconds of scrutiny turns out to be complete B.S. The most dedicated athletes, entrepreneurs, thinkers, etc. will tell you that rigid sleep management is actually the key to success. And so if you find your night owl tendencies disrupting your athletic ambitions, Performance Lab Sleep may help put to you to sleep with its simple sleep aid formula.

The stack includes three ingredients that help with nighttime sleep quality and regeneration:

Magnesium is a popular mineral ingredient that participates in hundreds of essential metabolic bioactivities, including those involved in healthy sleep. For the mineral-sweating athlete, magnesium supplements are a must, as magnesium deficiency is common among highly active exercisers.

L-Tryptophan (as TryptoPure®) converts to 5-HTP, a precursor to serotonin, assisting with emotional stability, relaxation, and sleep quality. Nighttime L-tryptophan may contribute to a more positive mindset during the daytime for improved mood and motivation.

As I suggested with Performance Lab Sleep, athletes sweat minerals to an inordinate degree. This results in a loss of micronutrients that are essential to healthy sleep, hydration, muscle growth, hormone levels, and various other biological factors involved in general health, let alone athleticism.

The problem with vitamin and mineral deficiency isn’t solely an athletic concern. Due to food processing, factory farming, and modern cooking methods, much of the nutrient density in natural foods gets sucked dry, indirectly sucking your body’s nutrient density as well.

However, many multivitamin supplements fail to fill our nutrient void due to their inferior ingredient forms and low bioavailability. Performance Lab Whole-Food Multi rectifies the absorption issue by offering nature-identical BioGenesis™ vitamin and mineral forms, which replicate the structure of natural nutrients and then enhance those nutrients with enzymes and other cofactors for optimal nutrient absorption.

Step Up Your Game with Performance Lab

Essentially, Performance Lab offers stacks on stacks on stacks for you to mix-&-match to customize your own nutrition health regimen. From fat burners to testosterone boosters, you can pick and choose whichever formulas fit your particular athletic needs for total mind-body optimization.

To learn more about these stacks and other Performance Lab supplements, head to www.performancelab.com. 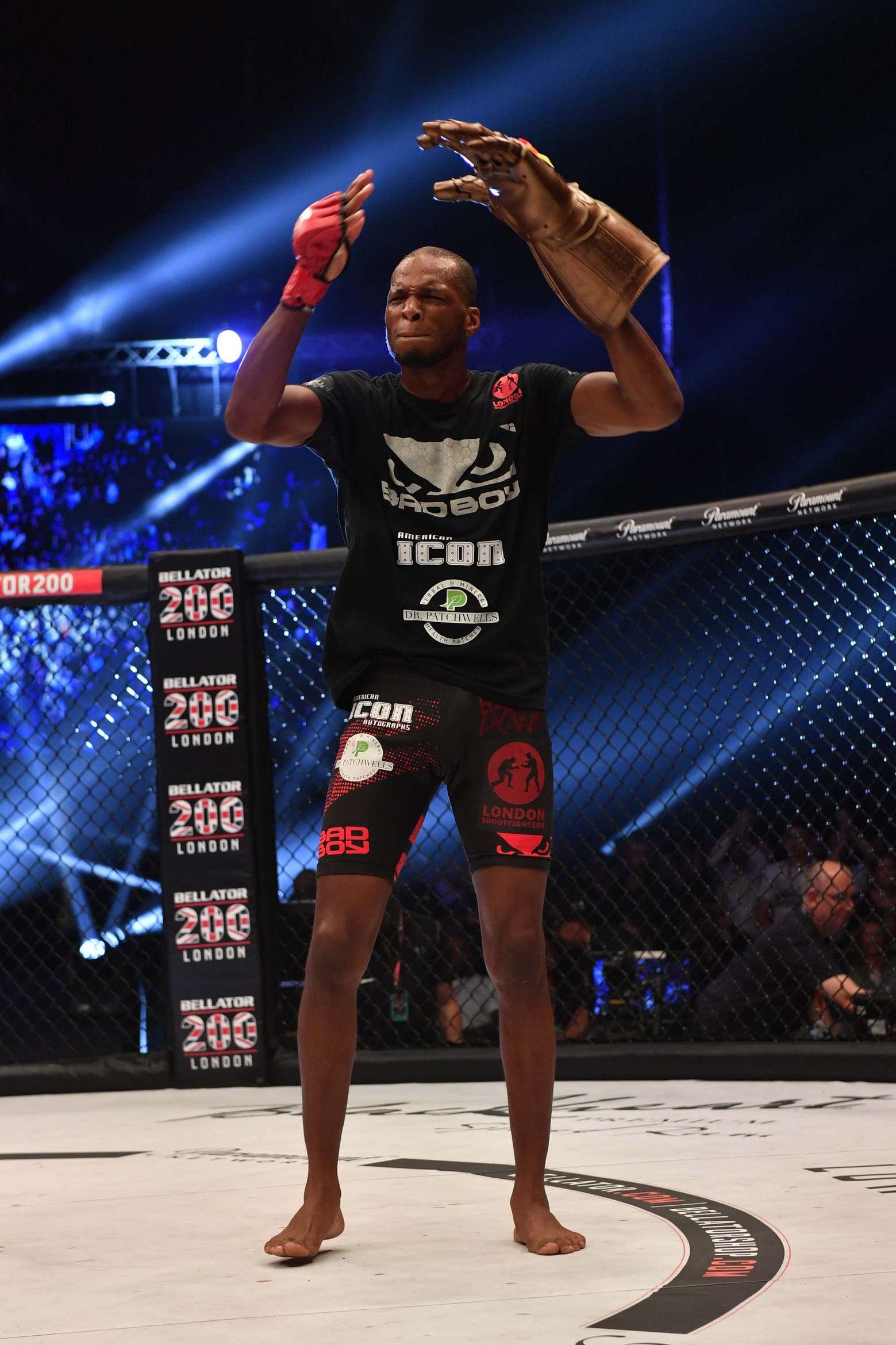