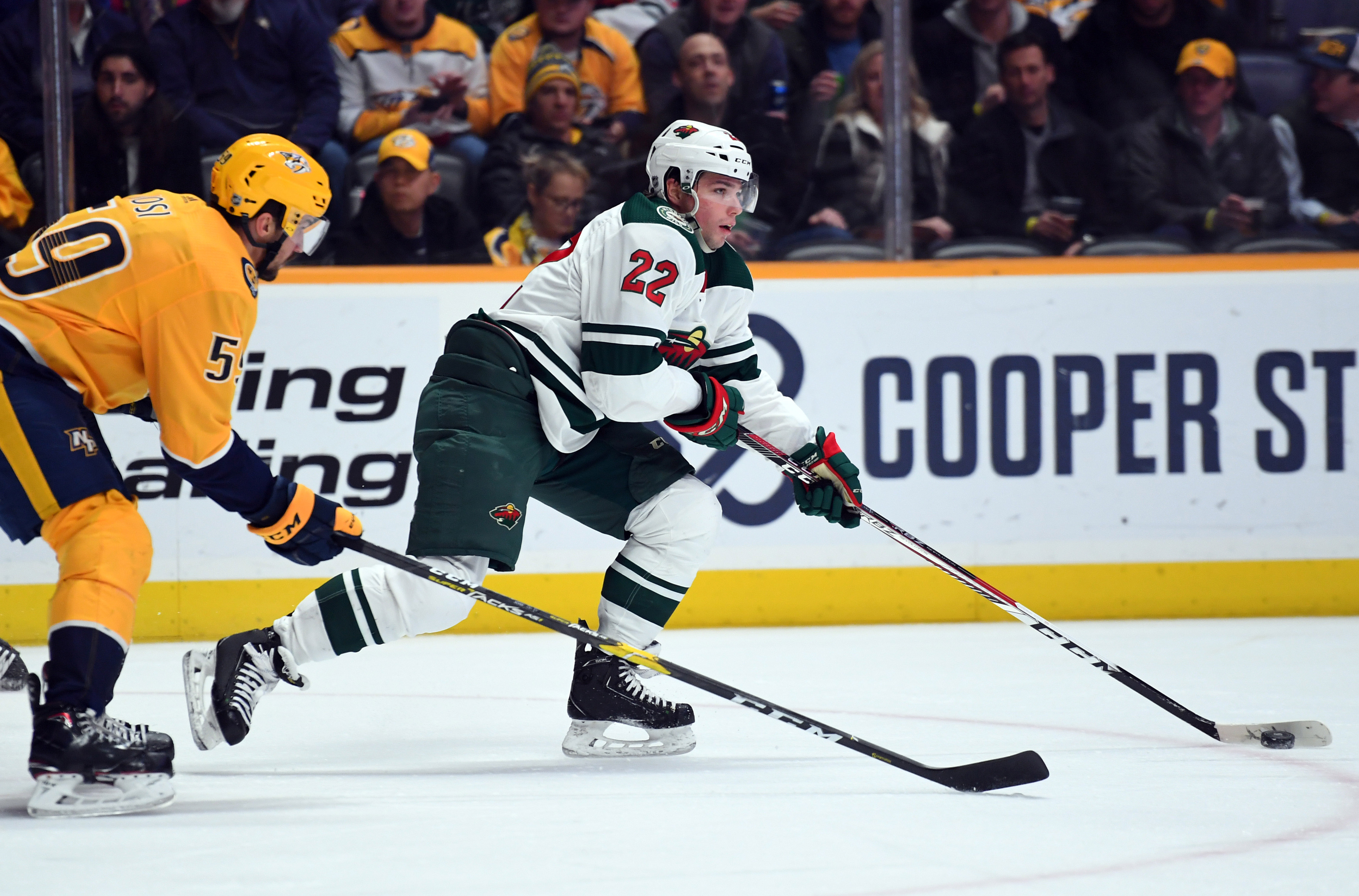 It’s always interesting to look at stats after trade deadlines, especially when you play teams that you made deals with. As I mentioned in the preview for the Carolina game, Nino Niederreiter has definitely found success with his new team. You certainly can’t scoff at his 12 goals and 12 assists. Now if we had only gotten more than Victor Rask for him, life would be better. Now with Nashville on the docket, now we get to again dissect the Mikael Granlund trade. Where Niederreiter has provided offense for his new team, the same really can’t be said about Granlund. Since his trade to the Predators, he only has 1 goal and 3 assists. Even with that limited amount of offense, he still finds himself in Nashville’s top five for scoring. But that makes the trade hurt even more. His 15 goals and 34 assists that he scored with Minnesota are definitely missed. He definitely played a more go-to role with the Wild. Instead, for some unknown reason, we’ve been saddled now with Kevin Fiala. Sure, he has 2 goals and 4 assists with Minnesota. I won’t say ‘no’ to a goal here and there, but what I do have issues with is his constant habit of turning over the puck at the blue line.

Now, it’s clear that many of these acquisitions are due to some need by General Manager Paul Fenton to surround himself with former Nashville Predators players. But here’s the thing, he’s not exactly surrounding us with the best Nashville players. No, we get Rask, Pontus Aberg (by way of Edmonton and Anaheim), Anthony Bitetto and Fiala. If these guys were so great Paul, they’d have a lot more points, and would still be part of the Predators organization. Heck, in the case of Aberg, two other teams after Nashville said “yeah, I don’t think you’re what we’re looking for.” Looking at the Predators roster, knowing our luck Fenton will try and acquire Cody McLeod in free agency this off-season, just because he’ll be available and he played for Nashville. Isn’t that something “exciting” to look forward? I know, I just feel giddy thinking about it. If not McLeod, he’ll look for some other former Predators player that Nashville General Manager David Poile cast off at one time or another.

Zach Parise still seems doubtful after his nasty knee-to-knee collision with Washington’s Tom Wilson last Friday.  Even if he somehow drags himself onto the ice, there is no way he’s probably near 100% so the team needs some others to step up in what has to be seen as absolutely must-win game for the Wild.

Yet while Fenton will be on the lookout for former Predators players, what he’s not looking for are new scouts. The scouting team for the Minnesota Wild has had very little change in the team’s history. If you want to know why this team is as stymied as it is, look no further than our scouting department. Remember, these are the people who though Tyler Cuma, AJ Thelen, and Benoit Poulliout were excellent first round picks. Sure, you may say “but Theresa, that’s all in the past.” Okay true, but do you remember the 2018 NHL Entry Draft? These people also decided to draft Filip Johansson in the first round. This wasn’t even a pick out of left field. This was a pick that had everyone around the league scratching their head. Perhaps they thought if they simply combined the Nashville names of Filip Forsberg and Ryan Johansen together, it would amount to something. Voila. To quote the Mystery, Alaska character of Donnie Schulshoffer played by Mike Myers, “you don’t got dinky doo.” For the love of everything good in hockey, PLEASE fix the scouting staff.

Tonight is another game played at Xcel Energy Center. Knowing the Wild as we do this season, this most like means another poor showing by Minnesota. Combine that with a determined Nashville roster, and I think this could get ugly early. Nashville is currently four points behind the Winnipeg Jets. Now the Jets have stamped their ticket to the post season, and Nashville would like theirs stamped as well. I don’t know if they’ll be able to overtake Winnipeg or not, but they’ll certainly give it the ol’ college try. It’s doesn’t help Nashville’s chance considering that Minnesota also has to play the Jets on April 2nd. Comparing the two schedules, Winnipeg definitely has the tougher schedule, but they do have a game in hand on Nashville. With the somewhat easier competition ahead of them, Nashville should play with a sense of urgency. However, with their place in the playoffs pretty much guaranteed, we also could see them come out and take things a bit easy. You know, skate just enough to keep the legs in shape, but not work so hard as to risk injury. You know I’d like to see the hard work and determination from the Wild, but at this point, I highly doubt anyone (except those on the 4th line) really have the heart to put in a good night’s work.

As of now, the Wild are out of the playoff picture. I’m going to say it again, it is too late for this team. To somehow get into the playoffs will annoy me to no end. They have not done anything to deserve a playoff spot. I don’t want to have yet another first round exit. I’m getting tired of those. And to be honest, I’m tired of this season. I want if over. Heck, if the regular season would end today, I would be perfectly fine with that. Just like Paul Fenton is happy to pick up Nashville’s castoffs and think he’s doing something great.