Get ready for a long season of Rob Gronkowski rumors 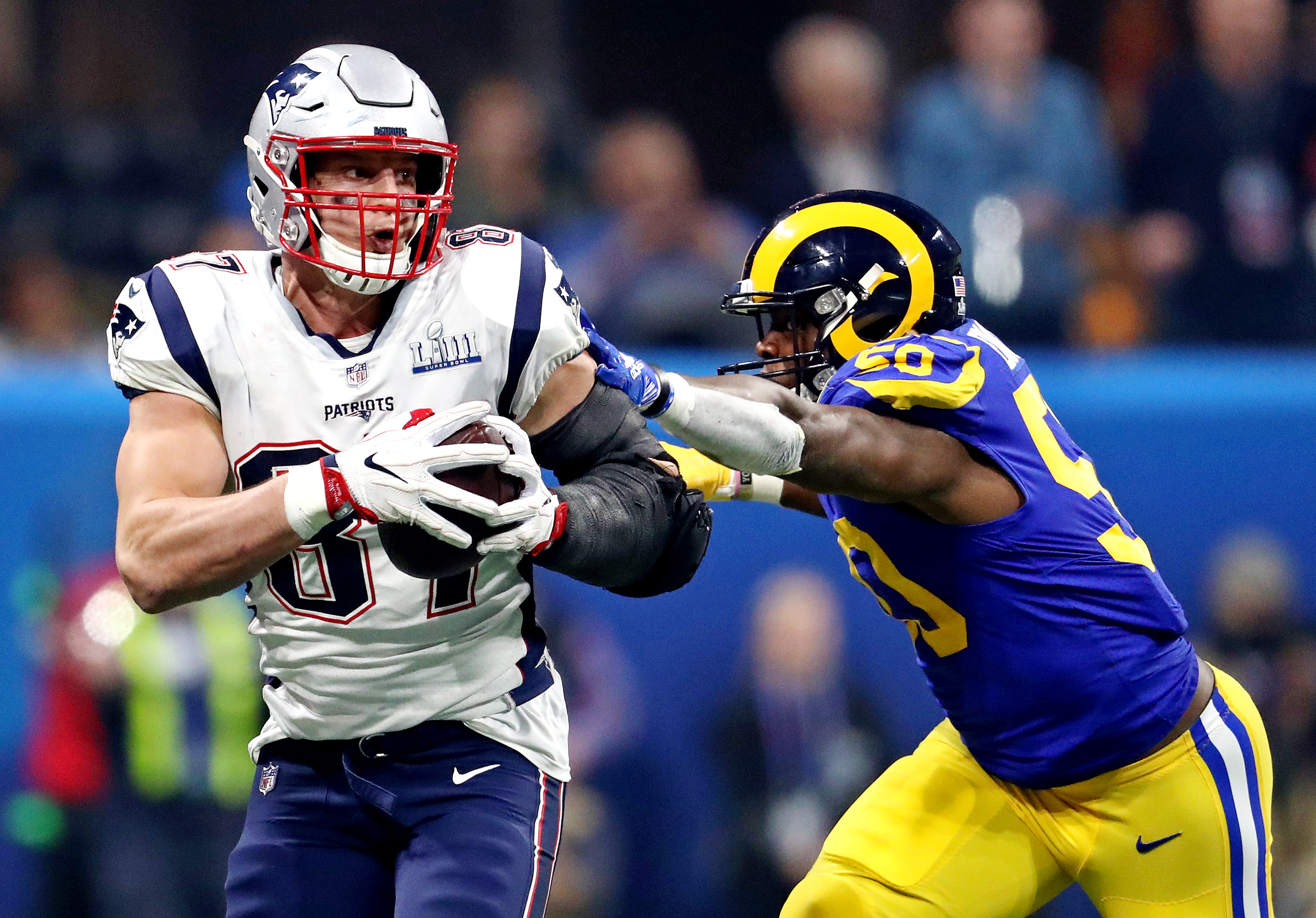 Get ready for a long season of Rob Gronkowski rumors

I’m already tired of the Rob Gronkowski rumors this year.

Last year, one of the most tiring storylines of the offseason is whether or not New England Patriots tight end Rob Gronkowski was going to retire. Apparently, there were tons of behind-the-scenes issues going on in New England, and Gronk was just done with it. Football was no longer fun in New England, and it sounded like he wanted out.

Gronk’s indecisiveness led the Patriots to shop him around. To no surprise, the Detroit Lions were interested. A deal was almost in place before Gronk found out and made it clear that he would make up his mind about retiring if he was sent packing to Detroit. Eventually, Gronkowski made up his mind and gave the Patriots his word. He would play in 2018.

It was a typical season for Gronkowski and the Patriots. Gronkowski missed a few weeks because he was banged up. The Patriots still stayed on top of everything and found themselves back into the Super Bowl, and once again, the Patriots are World Champions.

Knowing that this could be his last offseason as a champion, Gronk rode off into the sunset. The End. But not really. It’s been less than 24 hours since Gronkowski announced his retirement and there are already back and forth rumors about a potential return in 2019. The man hasn’t even retired for a full day yet!

The Gronk rumors are going to get old quickly

Thanks to Gronk’s agent, Drew Rosenhaus, he already sparked up some rumors. According to ESPN NFL Insider Adam Schefter, Rosenhaus believes that if the Patriots are struggling this season, all Tom Brady is going to have to do is pick up the phone and make the call to Gronk. A simple call would convince the former tight end to return and come to the rescue. So there’s that, and then there is this…

Agent Drew Rosenhaus on @nflnetwork on Gronk’s retirement: “I was shocked. I thought Rob was going to come back and play.” His speculation, gut feeling, is that Gronk comes back at some point. But Rob told Rosenhaus he is “done, done, done.”

Thanks a lot, Drew. One minute, Gronk is going to come back midseason. The next minute, he’s “done, done, done.” It’s been one day, and this entire situation is already tiring. As everybody is trying to figure out what Gronk’s next move is, whether it be acting, commentating, or wrestling, we will probably never avoid the rumors of him coming back and playing. Right now, we might just have to ignore it. Because if we don’t, it’s going to be a tiring offseason/regular season.