Jerick McKinnon to remain with the 49ers for the 2019 season 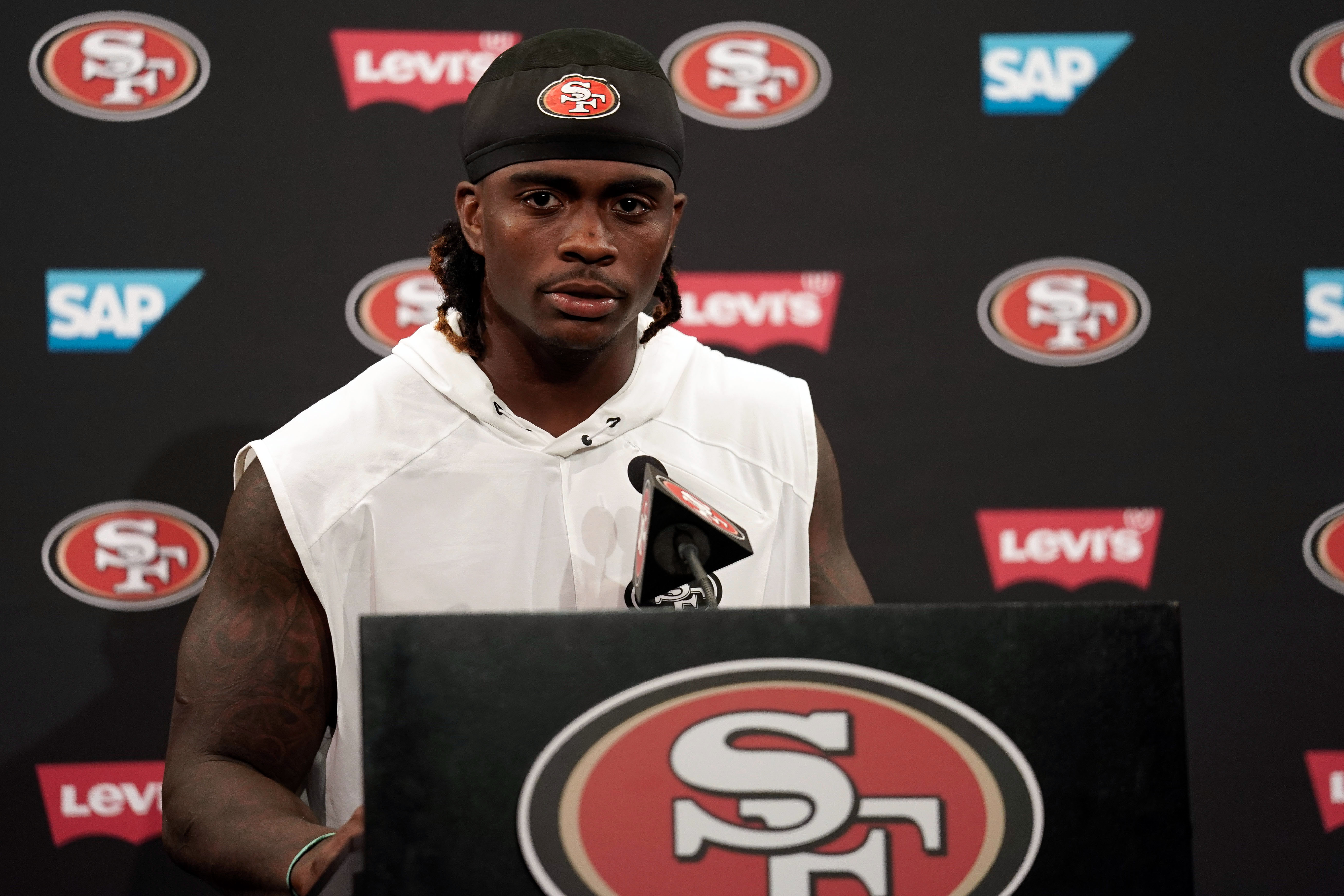 Jerick McKinnon to remain with the 49ers for the 2019 season

Buyer’s remorse isn’t a thing for the San Francisco 49ers. They will keep Jerick McKinnon.

The San Francisco 49ers have a good problem in the backfield this season. They have a handful of guys who have proven at one point throughout the last couple of years that they can tote the football. In fact, it’s a backfield filled with some diverse running backs.

Last season, the 49ers signed Jerick McKinnon off the Free Agency market. They also have a special surprise in their 2017 Undrafted Free Agent Matt Breida, along with their newly acquired running back, Tevin Coleman.

The signing of Tevin Coleman made the backfield situation a bit questionable though. It’s obvious why Coleman ended up in San Francisco of all places. He used to play for Kyle Shannahan with the Atlanta Falcons. But bringing Coleman to the 49ers sort of seems like a conflict of interest considering that Coleman and McKinnon are necessarily the same players.

All throughout Coleman’s short Free Agency process, his biggest comparison was to McKinnon. Now, they end up on the same team, which calls for a strange situation. So many had this question – Is Jerick McKinnon on his way out of San Francisco this offseason?

The 49ers have plans for everybody

GM John Lynch said RB Jerick McKinnon will be on the team past April 1 and fits into #49ers plan for this season.

Well, it looks like the 49ers are going to stick with McKinnon. No buyer’s remorse over there. Although McKinnon never got a full start with the 49ers since he tore his ACL last season, it seemed like Shannahan ended up getting the true running back that he wanted by signing Coleman.

Right now though, the Niners’ front office doesn’t seem to open to dealing McKinnon, which is a bit surprising. A couple of weeks ago, the 49ers have been linked to a few trade discussions, and many are under the assumption that it has something to do with their crowded backfield. Since they confirmed that McKinnon will remain on board, and clearly Raheem Mostert will as well, could Breida be on his way out via trade?