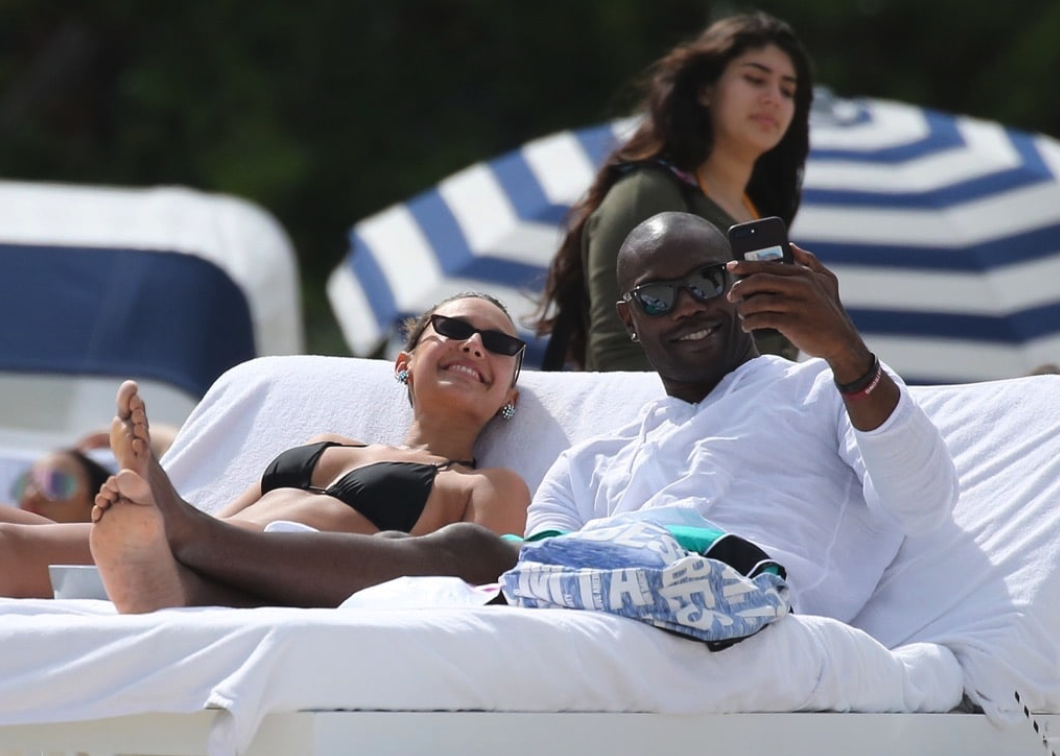 Former NFL receiver Terrell Owens may not be in the league anymore, but he remains in great shape, and is still seen out and about in public.

TO was recently voted into the Pro Football Hall of Fame, and life is pretty good for him right now. He made plenty of money during his NFL career, and now he can just enjoy himself.

He sure did that recently, hitting the beach in Miami with his new girlfriend, and she has some serious curves. Photos of it surfaced, which TMZ Sports was able to obtain, and we’ve shared them below with you.

TO just lounged around as his beautiful girlfriend stole the spotlight, as you can see below.