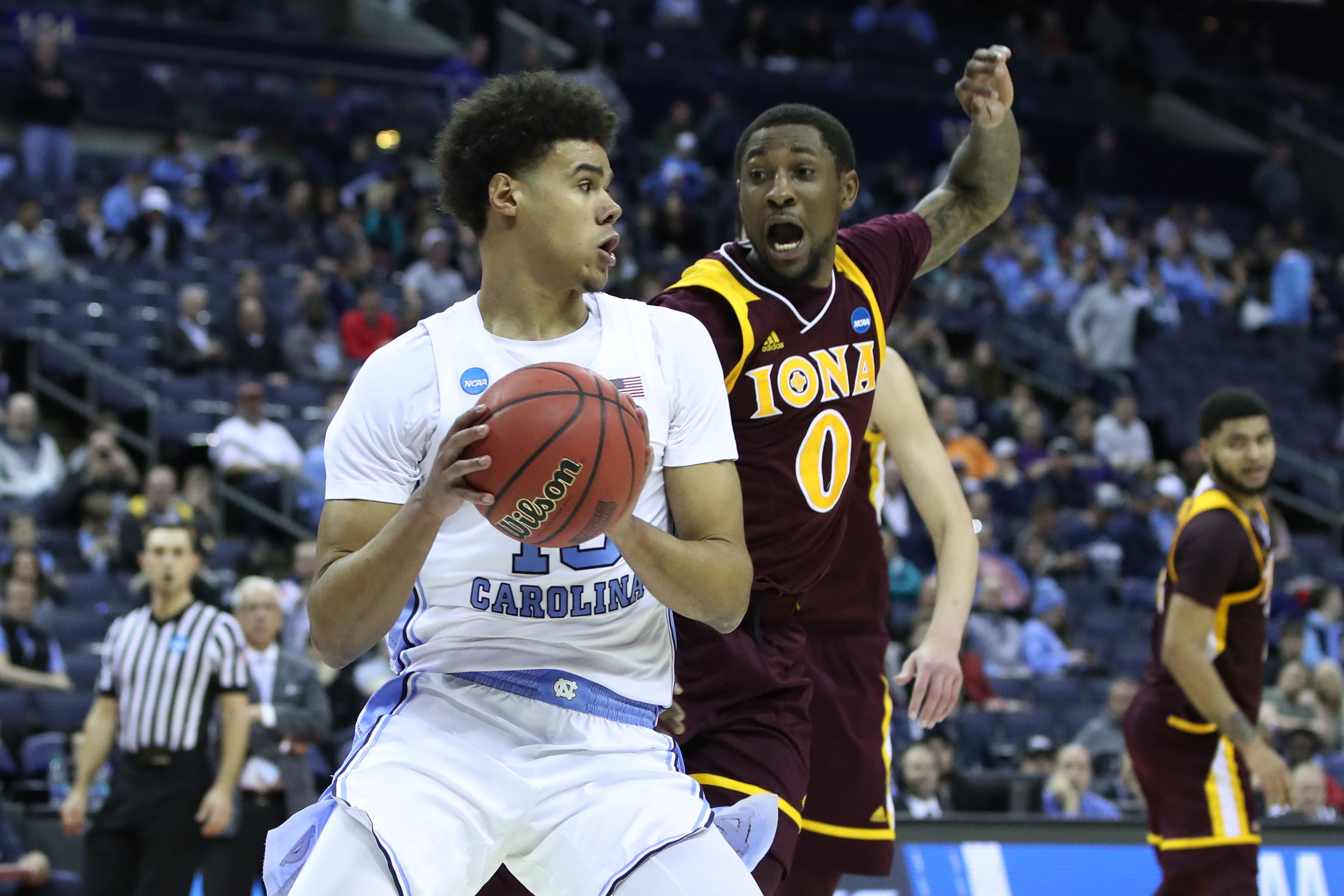 While everyone is wrapped up with the talent at the front of the draft, there are a lot of names in the late first round, and early second that will become household names in no time.

Some of the best players in our college game now, these are guys who tend to be more upper-classmen but are built to come in and produce right away.

Most of these late first rounder’s will be able to round out a championship level team’s rotation, or be the missing link for a team trying to get to the next level.

Here are my five late first round steals for the 2019 NBA Draft.

The Pitt transfer has found a home in Chapel Hill over his last two years.

Averaging 17.1 points per game while shooting 46.7 percent from three this season, the senior forward ranks 5th in the NCAA in overall three-point percentage.

Almost automatic from behind the arc, Johnson can score in bunches and score in more ways than one.

With 11 games of 20+ points this season, he has 15 games with three or more made threes, but also 18 times making three or more free throws in a game.

Yes, a high-volume shooter, but Johnson also has an effective field goal percentage of 62.3 percent and a true shooting percentage of 64.9 percent. And with just 10 games shooting less than 45 percent from the field, his consistency from the field is something that will translate to the next level.

Everyone talks about how efficient Zion Williamson is, as they should, but not enough people are referencing Johnson’s effectiveness. Ranked 12th in the NCAA with a 130.5 PER (Player Efficiency Rating), he ranks just behind Williamson (135.2) for 2nd in the ACC.

Every NBA team needs shooters. No matter how many you have, you can never have enough. With his height, 6-foot-8, and ability to knock down threes at an extremely high and efficient rate means he will be a terrific rotational player for a playoff team and could be the missing offensive piece.

The leader of the most methodical offense in all of college basketball, Ty Jerome is a great story.

Not highly recruited, nor much of a playmaker his freshman year, in the last two seasons Jerome has blossomed into a real NBA prospect and someone who can help a team win right away.

Not the greatest athlete, Jerome makes up for it with his high IQ and toughness.

Someone who will make you work on offense, he can pick up full court for almost all 40 minutes, creating headaches for opposing guards, as he ranks 15th in the NCAA in defensive rating (90.2).

A career 39 percent three-point shooter, more than half of his shots in his career have come from behind the arc. Though he is able to create and finish at all three levels, his most effective and efficient offense is from deep.

With great size as a lead guard, at 6-foot-5, and strength, Jerome uses that to his advantage, rarely turning the ball over. With just a career average of 1.4 turnovers per game, he only has a turnover rate of 14 percent. On the other side of things, he has an assist rate of 33 percent while leading the ACC in assists per game (5.4) this season.

Jerome has the ability to be a terrific NBA point guard and in the right system, I think he will flourish.

Talk about an NBA ready body, Luguentz Dort has exactly that.

Looking more like a linebacker or fullback than a shooting guard, Dort is a strong physical guard that will go right at you on the offensive end, as shown by his 207 free throw attempts this season, second in the Pac-12.

A very fluid athlete, Dort is a load to handle as he rarely takes a play off and is always moving off the ball.

With a decent ability to rebound the ball, Dort has a good enough handle on the ball to lead the fastbreak.

What Dort does best is get into opponents on the defensive end. Ranking third in the conference in steals, he also ranked in the top-10 in steals percentage.

Not a great playmaker for others, he still needs to be better at holding on to the ball, as he ranked fifth in the conference in turnovers this season, at three a game.

Still a streaky shooter, Dort does tend to settle for too many three’s, only shooting 30.7 percent from deep, while attempting over five per game.

In terms of Dort’s NBA readiness, because of his great frame and defensive ability, he can be a real threat and asset for a team that is missing a defensive stopper.

Talk about an energizer, Ashton Hagans has probably seen the most growth of anyone in college basketball this season.

Ever since the departure of Quade Green, Hagans has stepped up in a big way and hasn’t looked back.

With tremendous length as a point guard, he can change the momentum of a game in a second on the defensive end.

While Hagans’ length makes his NBA potential stick out, it’s his speed that separates him. Never getting beat off the dribble, Hagans picks up full court and rarely ever seems to get tired.

One of the biggest stages this season in the CBS Sports Classic, Hagans went up against one of the best guards in the country in North Carolina’s Coby White and completely took him out of the game, winning the game on the defensive end for the Wildcats. In that game, he finished with eight steals, limiting White to just 3-of-10 shooting.

Though his offensive game is still a work in progress, Hagans is a terrific floor general and playmaker. Averaging 4.4 assists per game this season, that number has been upwards of five a game since he took over as the full time starter.

An above average ball handler with a wingspan of 6-foot-8, he is able to break down the defense in multiple ways with the ball in his hand, utilizing his size and length.

Possessing all of the skills to be a game-changer on the defensive end, he reminds me very much of a Patrick Beverly type player that uses their defense to spark their team’s offense.

A name that nobody really knew before the season, the San Jose State transfer is now one of the best players in the country.

Averaging 17.0 points and 8.4 rebounds per game, he is shooting an incredibly efficient 69.9 percent from the field.

With numbers like a 141.2 offensive rating (1st in the NCAA), and a 38.1 player efficiency rating (2nd in the NCAA), Clarke always find the bottom of the basket.

If those aren’t eye-popping enough, he has more blocks this season (107) than missed shots (105).

The junior hybrid forward is a great athlete who combines it with his high motor. Able to score off of the dribble as well as in the post, he has a very well versed offensive game.

Though he isn’t much of a jump shooter at this point in his career, only attempting 23 total threes in his career, he has good enough shooting form to develop more of an outside shot to keep the defense honest.

Clarke will be a classic ‘tweener’ when it comes to the NBA, but versatility will allow him to play and guard multiple positions.