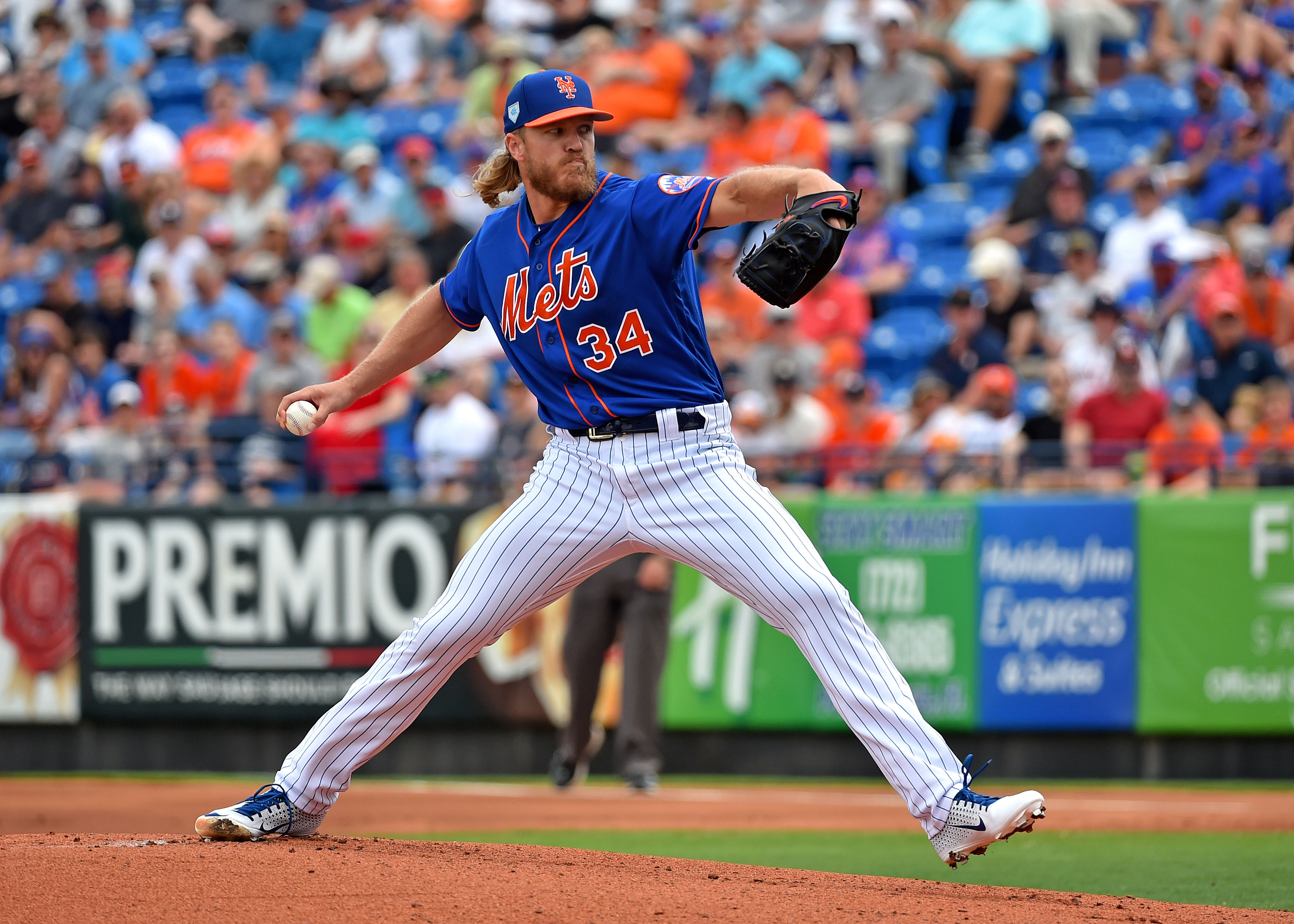 With all of the extensions getting signed around Major League Baseball, the lack of progress on one for Jacob deGrom is starting to raise eyeballs. deGrom said over the weekend that he isn’t as optimistic that a deal will get done with the New York Mets, who have clearly showed no urgency to get a deal done with the reigning Cy Young Award winner. That lack of progress isn’t going unnoticed by deGrom’s teammates, and Noah Syndergaard made it clear yesterday that he’s disappointed that deGrom isn’t being taken care of, MetsBlog.com reports.

After yesterday’s game in Port St. Lucie, Syndergaard took the opportunity to share his feelings on a number of issues, beginning with deGrom. When asked specifically about the lack of progress in extension talks, Syndergaard said that the Mets need to pay deGrom whatever he is worth. Syndergaard elaborated by saying the following:

“I want to keep him happy, so when it does come time for him to reach free agency, he stays on our side pitching for the Mets. I just think they should quit all this fuss and pay the man already.”

The tall righty also mentioned how the extensions for other aces around the game, like Chris Sale and Justin Verlander, prove why deGrom should get his money. Syndergaard also used his forum to rip the Mets’ decision to end spring training with an exhibition game on the other side of the state in Sarasota against Baltimore before flying to Syracuse for a workout on Tuesday ahead of their opener on Thursday. That opener will be played in Washington, so the Mets are flying from Florida to Syracuse just to work out before flying down to Washington for their first series of the season.

Syndergaard is right that whoever came up with that idea should be fired because it makes no sense when the Mets are opening the season on the road to fly to upstate New York to show off for their new Triple-A affiliate. The bigger concern here, however, is the fact that the Mets are clearly starting to piss off their players by their refusal to give deGrom a worthy contract extension. Syndergaard was one of the most pro-Mets players in the locker room, repeatedly taking to social media over the winter to express his desire to stay with the Mets, and the fact that he’s criticizing them for not getting a deal done with deGrom speaks volumes.

Simply put, not getting a deal done with their ace will send an extremely negative message to the players. General Manager Brodie Van Wagenen has been all about building a winning culture in the Mets’ organization, and refusing to pay players who have clearly earned extensions won’t help that cause. Players talk, and they will remember how this plays out when the time comes to negotiate deals of their own. The Mets have painted themselves into a corner with how poorly they have handled the deGrom situation, and now they have to find a way to get a deal done or risk alienating a significant portion of the clubhouse over dollars and cents.