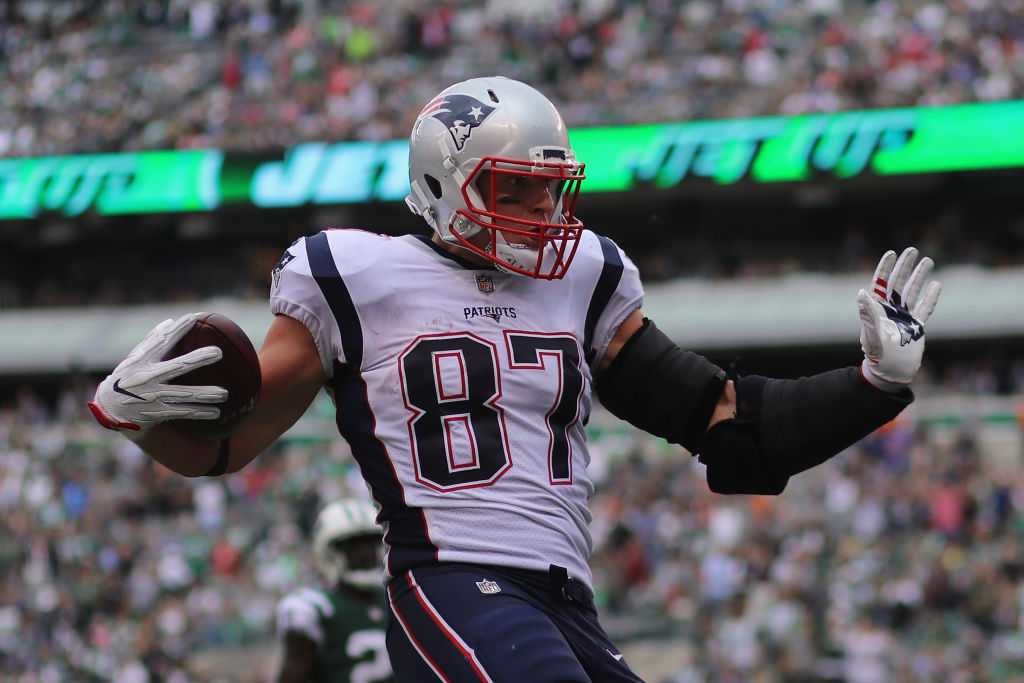 Could Rob Gronkowski return to the New England Patriots if they were struggling in 2019? Nobody would be surprised.

It was just a regular old Sunday in March when Rob Gronkowski decided to shake up the football world. After much thought this offseason, the explosive, 29-year-old tight end decided to call it quits early on in his career. That’s not to say that Gronk hasn’t reached his full potential in the NFL, because he definitely did. But hanging up the cleats at age 29 is pretty unexpected for a player who is still able to produce on the field.

Now it’s clear that Gronkowski hasn’t been the same dominant player as of late. No thanks to many injuries that he suffered throughout his career, he’s missed a significant amount of time over the last few seasons. Still, when he’s healthy though, Gronk is a forced to be reckoned with on the field. And he sure makes a difference for the Patriots offense.

Unfortunately, the Patriots officially will not have Gronkowski for next season. There were rumblings about a potential retirement last offseason, but Gronk decided that he wasn’t ready to go out just yet. I believe a loss in Super Bowl LII had something to do with that. The following year, the Patriots got their redemption and took home the Lombardi, and now Gronk is ready to ride off into the sunset and leave the game of football… For now.

Could Gronk return to the Patriots?

Nowadays, you have to take sports retirements with a grain of salt. Two years ago, Jay Cutler had a job in the booth and would return to play for the Miami Dolphins after being retired for a couple of months. And just last season, Dallas Cowboys tight end Jason Witten worked in the booth on Monday Night Football before deciding to surprisingly return for another season.

Could Gronk be the latest retired player to come back out of nowhere? Don’t rule it out. ESPN Insider Adam Schefter caught up with Gronk’s agent, Drew Rosenhaus on Monday morning to discuss the retirement. Schefter tweeted out a quote from Rosenhaus, which was quickly deleted. Here is what Rosenhaus had to say about Gronk’s retirement and potential return:

“If the team was struggling or they needed him at some point next year, and let’s just say hypothetically Tom Brady gave him a call and said ‘Rob, I need you.’ I wouldn’t be shocked if he came back to play a few games.”

So if the Patriots are struggling in 2019, all Tom Brady needs to do is make a call and apparently, they can get their superstar tight end out of retirement. Is anybody surprised here? Not exactly. But this definitely makes for an interesting situation. How long will it take until Gronk is bored and ready to return to the field?